Wader Watch and other sightings 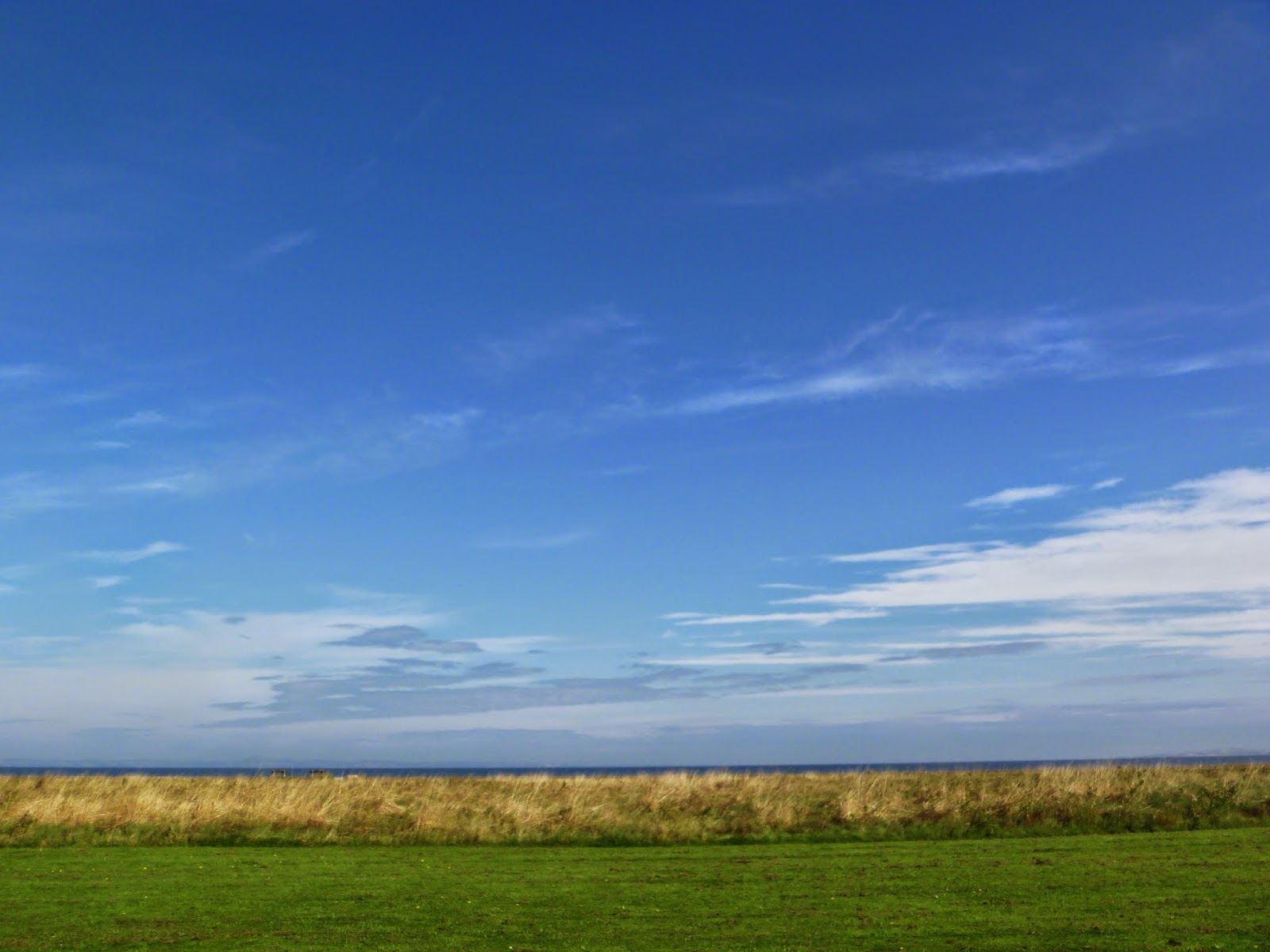 Birdwatching magazine was promoting waderwatch for today, the idea being to go to your local wetland or coastal area to watch waders (this being their time of migration and the best time of year to see passage migrants) and to report back. The event officially took place between 7-10am but I hadn't realised this until well past 8am so I did my waderwatch at Musselburgh between 9 and 11.30. The tide was quite far out, which isn't idea for seeing waders but I actually saw good numbers.

The most spectacular site was seeing hundreds of oystercatchers floying overhead as the tide started to come in and chased them from the shore to the Lagoons. On the Lagoons there were also about 100 curlews, a few bar tailed godwits, two snipe, at least 8 ruff, a small number of dunlin and a few redshanks. Other than waders the birds on the Lagoons included several gadwall, three shelduck, two grey herons, a few teal, two or three pied wagtails and the occasional swallow flying over. There were good numbers of eiders and velvet scoters on the river Forth.

I was amused to see this black headed gull (winter plumage) and mallard. The gullwas following the mallard and catching small items of prey that were stirred up by the mallard. Nearby another gull was doing exactly the same thing. I've seen gulls doing the same with curlews too. it's an easy way to get a meal I imagine! 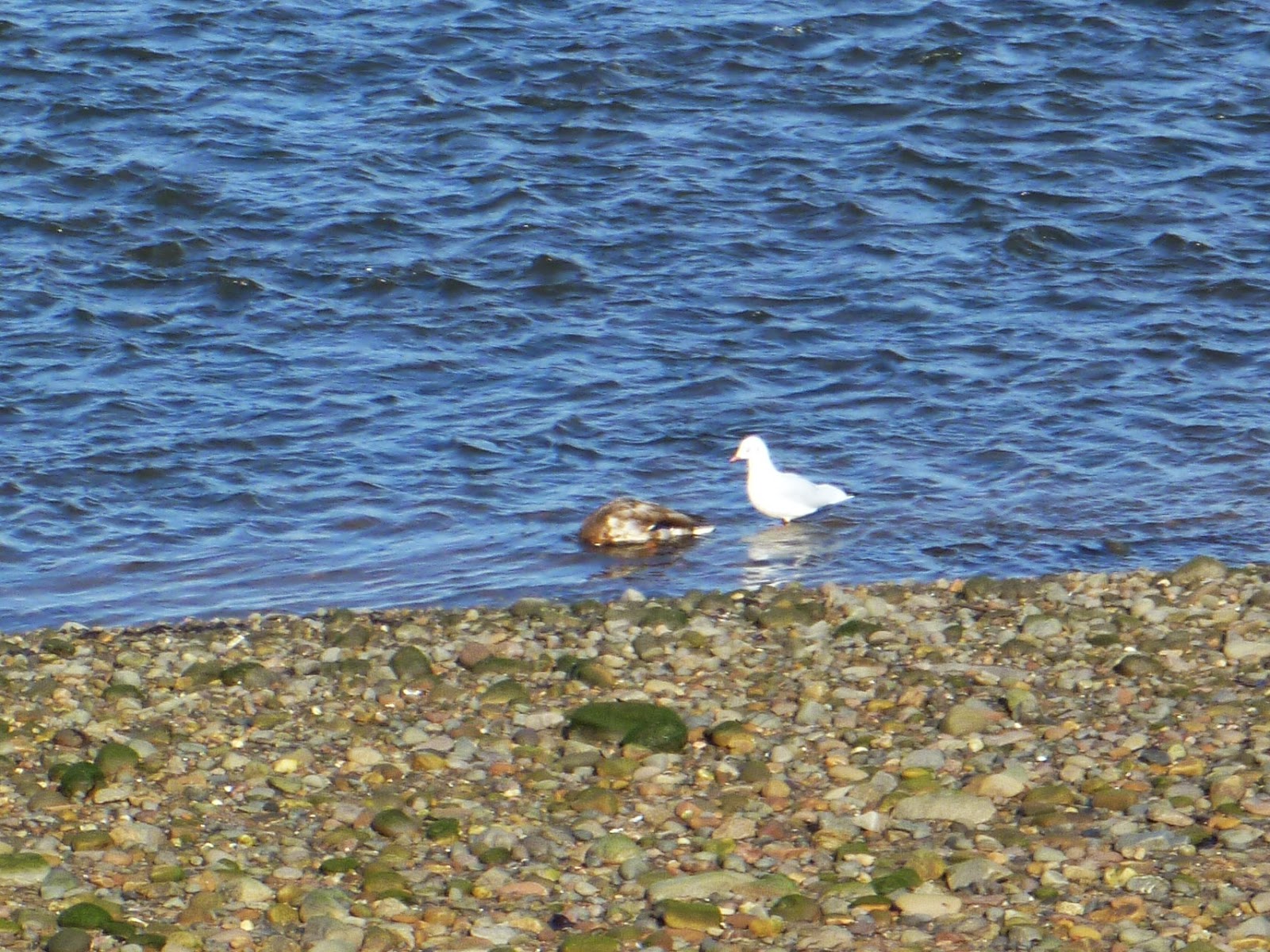 It wasn't just about birds today either, I was pleased to be able to capture this pretty but slightly frayed moth (I think it's a lunar yellow underwing, but feel free to correnct me if I'm wrong). 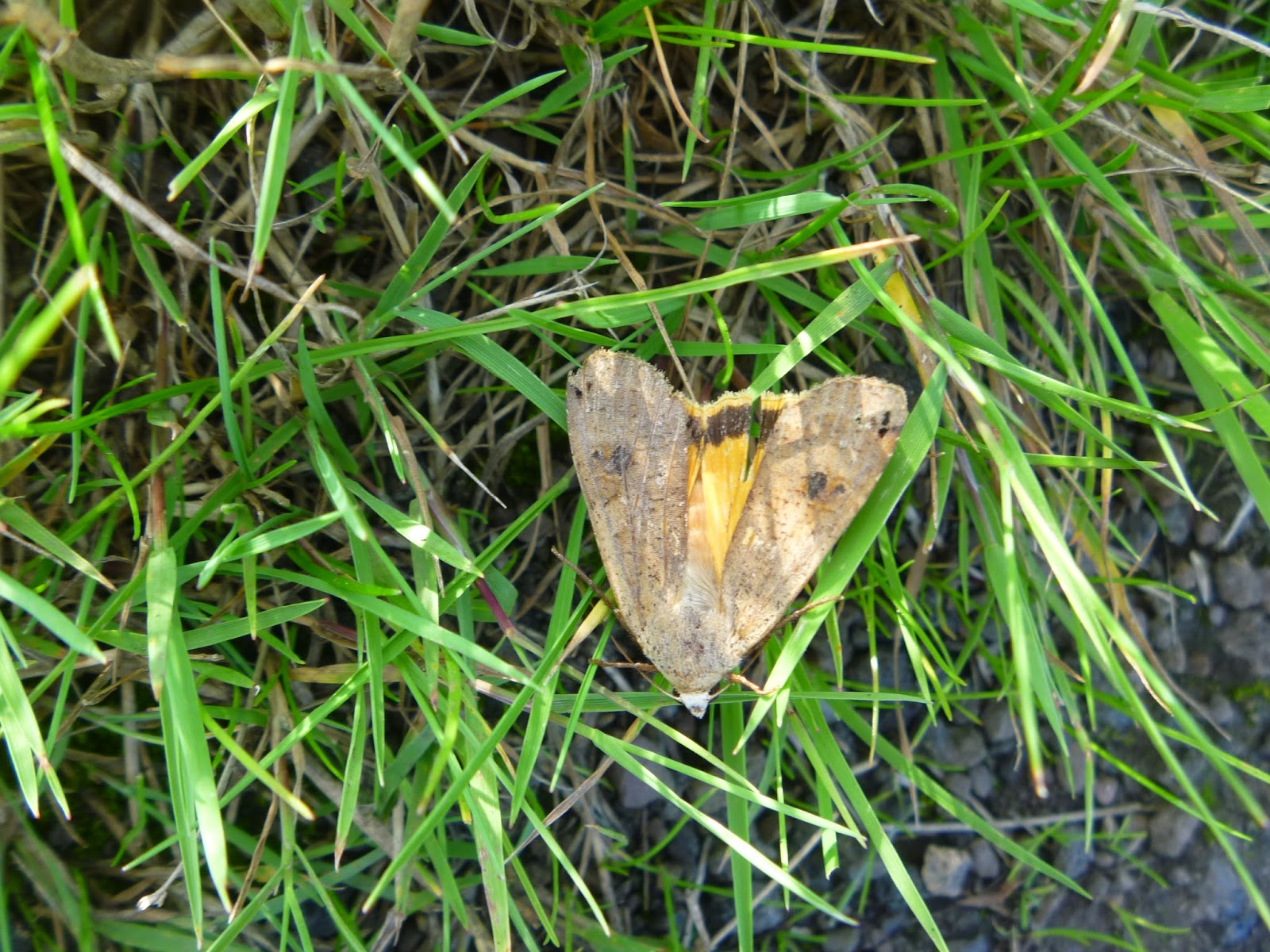 I was also very happy to get a photo of these two ladybirds, the red one is a seven spot ladybird and the yellow one is a 14-spot 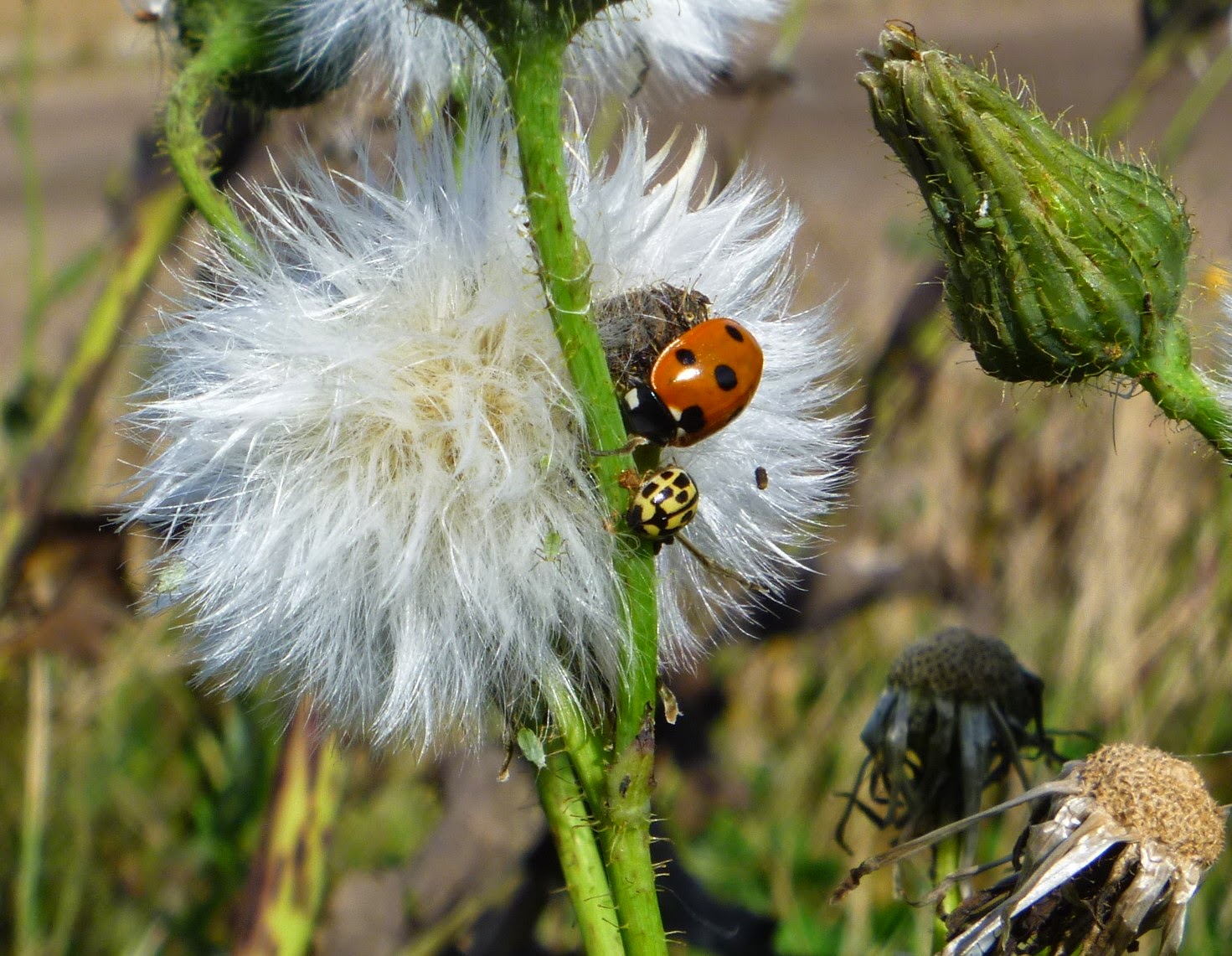 Superb shot of the ladybirds, Juliet.

I would have loved to have seen those hundreds of oystercatchers flying overhead. I bet that was a sight to behold!

Your photo and comment on it brought this to mind

Hum...here we call them ladybugs. It's one of the few bugs don't mind handling. We sometimes get swarms of them in the house -like 100 or more. I do what I can, but I do admit to breaking out the vacuum on occasion.