I'm following a larch tree in Colinton Dell by the Water of Leith for Tree Following.  The tree has its own number, given to it by Edinburgh City Council. 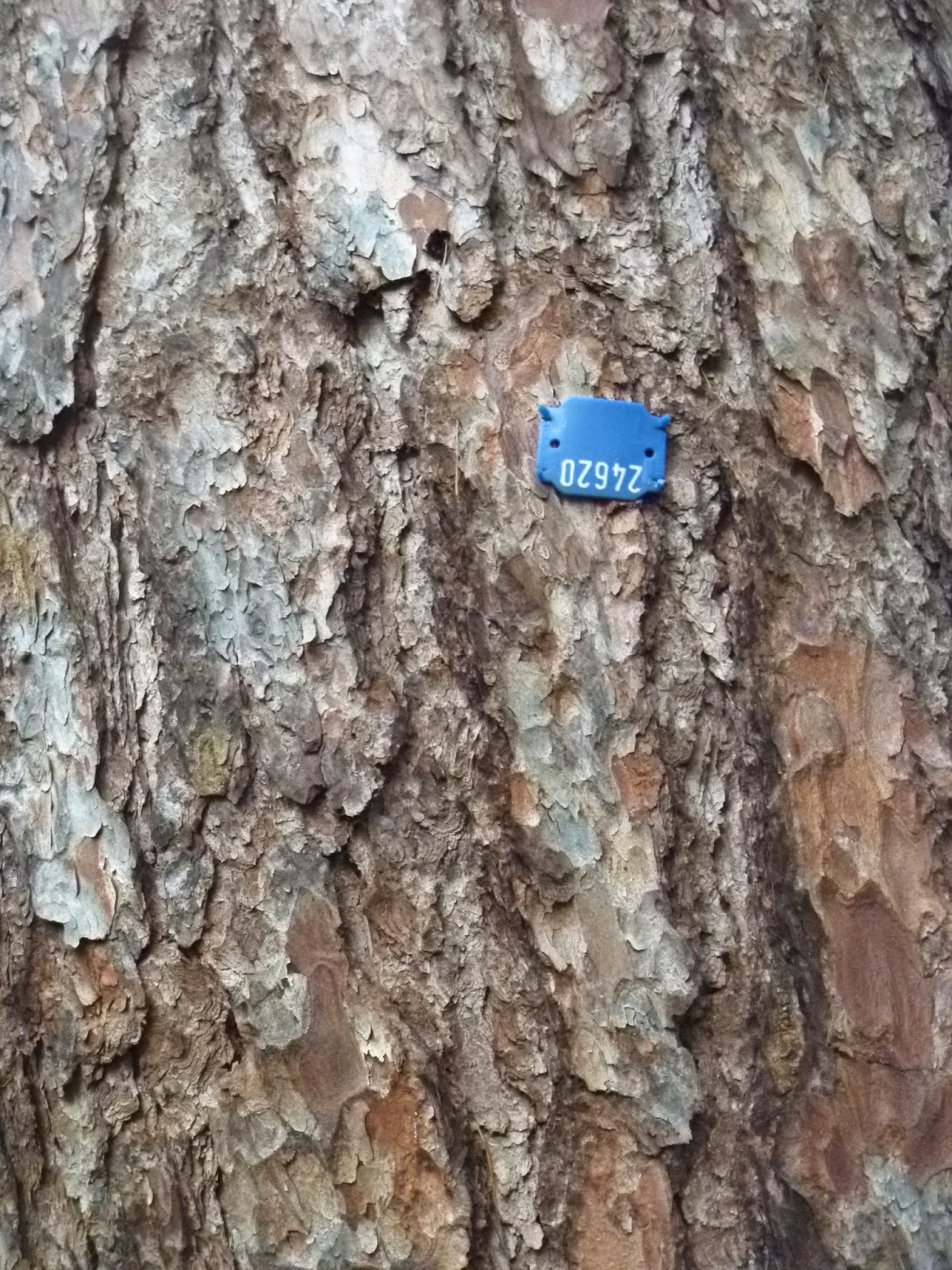 You can read more about how the council looks after its trees here.

The larch is getting greener and its flowers are well past their best now, though still in bloom. 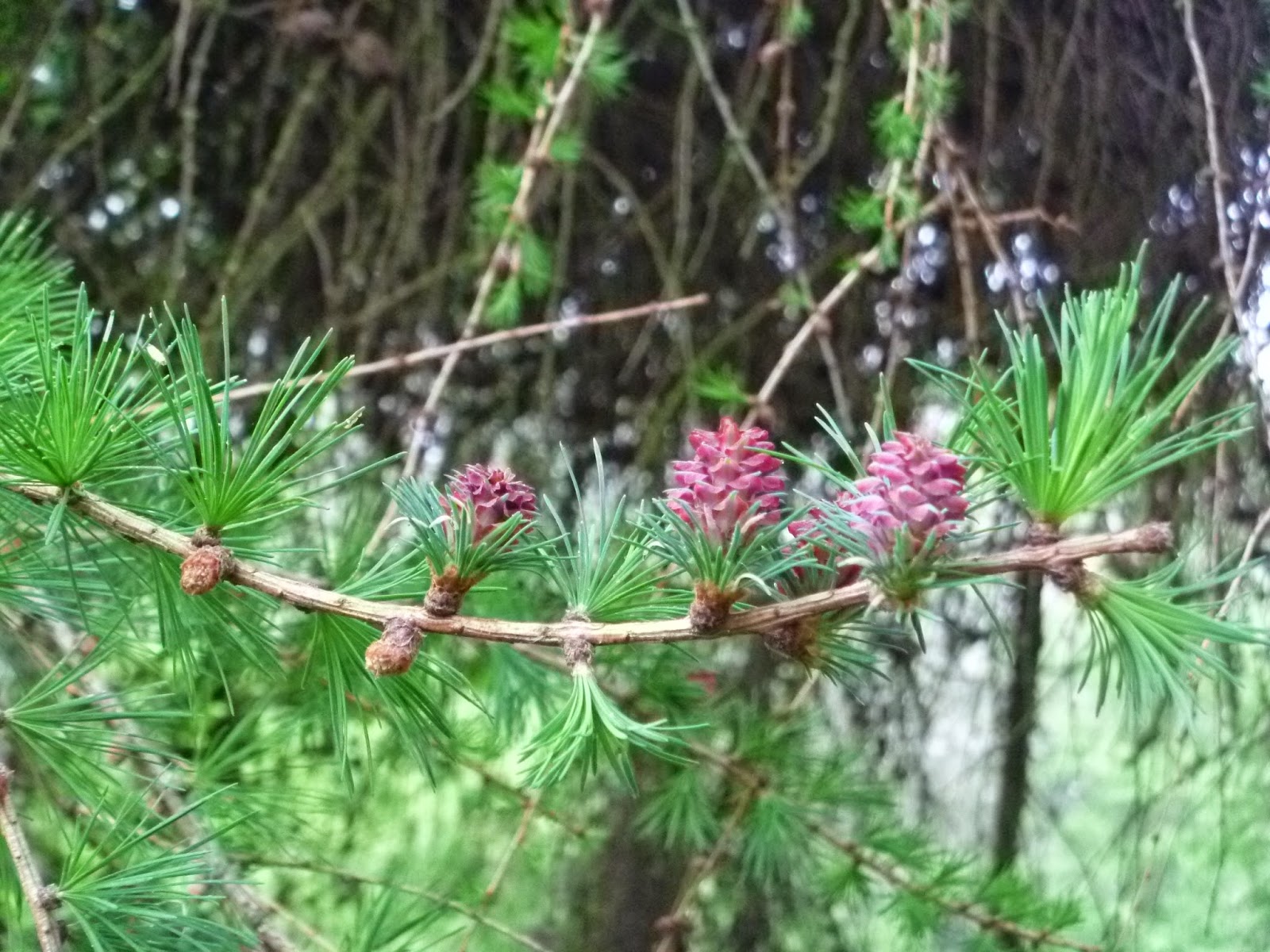 I was delighted, after waiting for a little while, to see the two long tailed tits fluttering around, seemingly catching small insects and then popping into the nest. They're very speedy little birds and that, combined with the poor light conditions, made getting a photo of them impossible.

The larch stands very close to the site of the old Bog's Mill, which is currently being made into a wildflower meadow by the Water of Leith Conservation Trust. I was delighted to see cowslips here for the first time today! (Though it will be a while before they're as prolific here as they are in Blackleach Country Park, near where my parents live!). 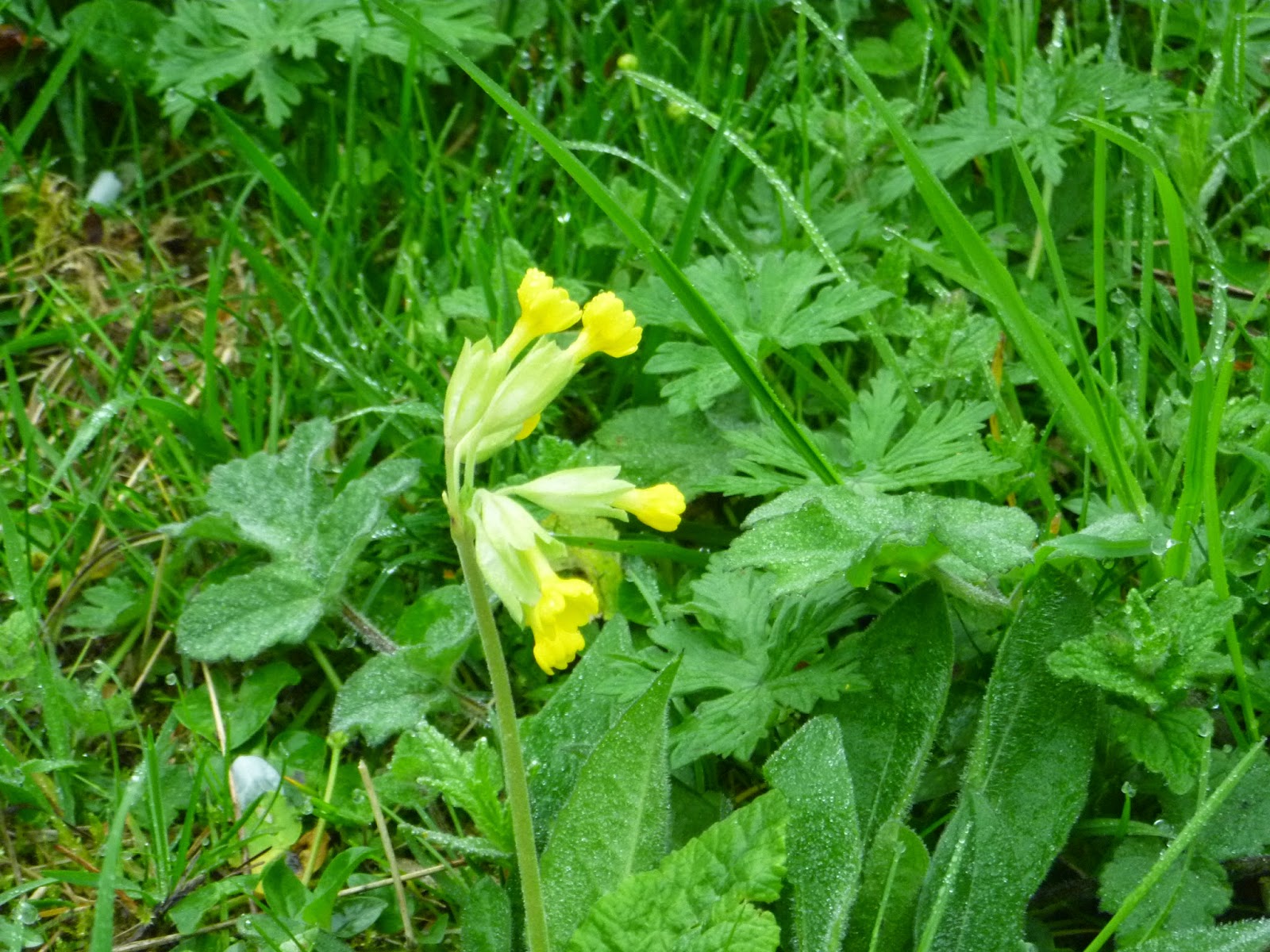 Well, NaPoWriMo has come to an end. I've written a poem almost every day this month, most of them very rough first drafts. My intention in taking part in the project was to try to make sure I capture moments of inspiration and make them into poetry rather than just putting them in a blog post or a Facebook status or a tweet. I think I succeeded in that. Given the number of haiku I wrote during the month, I think in future, I'll take part in NaHaiWriMo instead!

The other thing I did during NaPoWriMo was to produce an updated version of my first poetry chapbook Bougainvillea Dancing, which is now available in the Crafty Green Poet Etsy shop or you can order it directly from me and pay via Paypal or with a UK cheque. I'm hoping to have the book available on other platforms in the near future. Plus I'm still working on the giveaway I promised before I visited my parents!
Crafted by Crafty Green Poet at 4:39 pm

i'm so proud of you for writing so many wonderful poems this month... good luck with all your other endeavors... have a great day~

I just adore cowslips Juliet - they are beginning to come out here too but they are not as prolific as they used to be. However, we have one orchid in our hedge bottom - a start.

those larch blooms are just lovely!

The larch is a nice tree and the cowslips are pretty. Lovely images! Enjoy the rest of your week!

I'm not sure I have ever seen a cowslip in the...er...foliage.

Some of us have names our trees. (Daft but fun.) Now there's a tree with a number being followed!