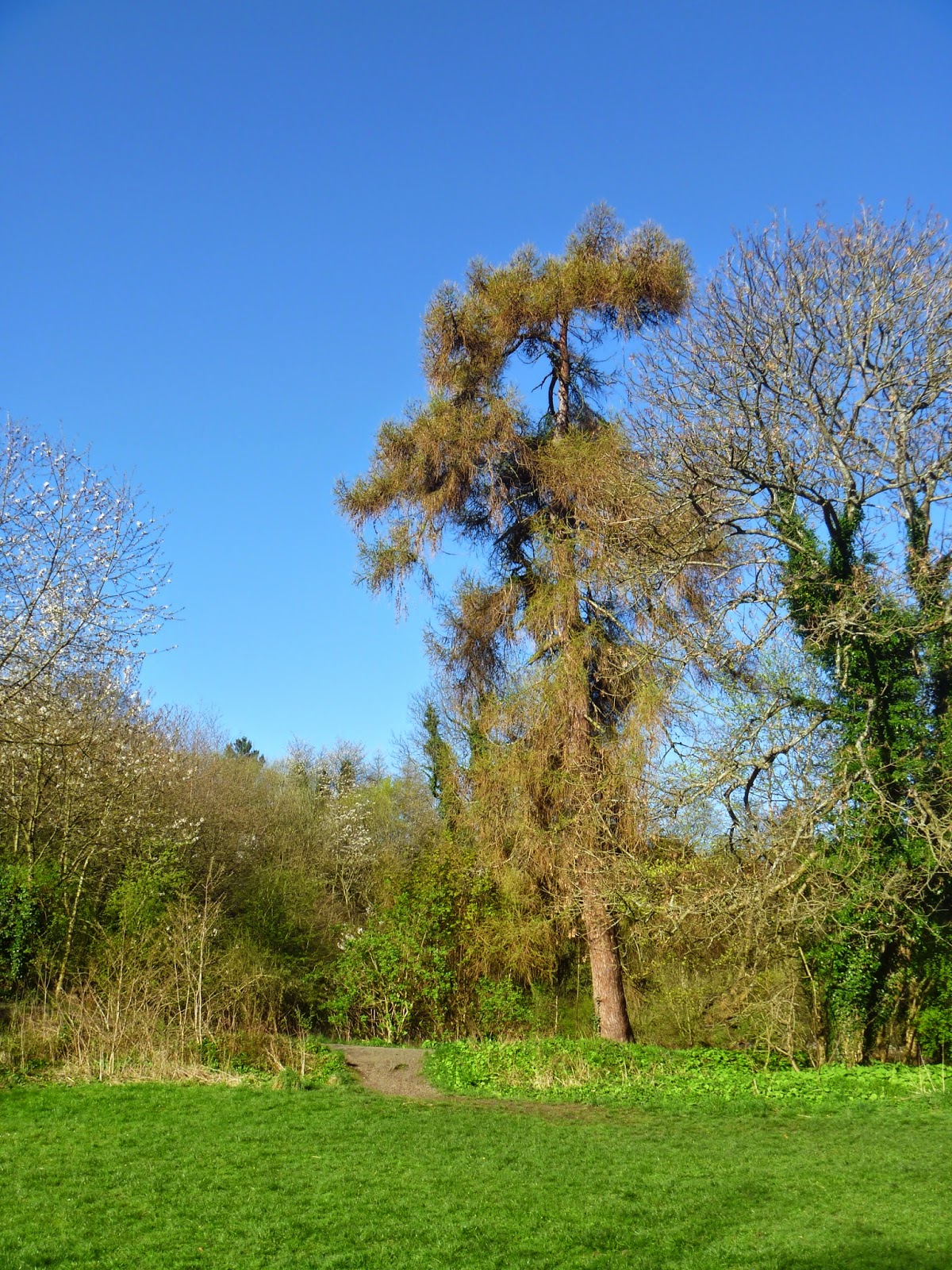 Close to, you can see the new green needles. Lovely that the flowers are still out. Having only just noticed them for the first time this year I want to enjoy them for as long as possible! 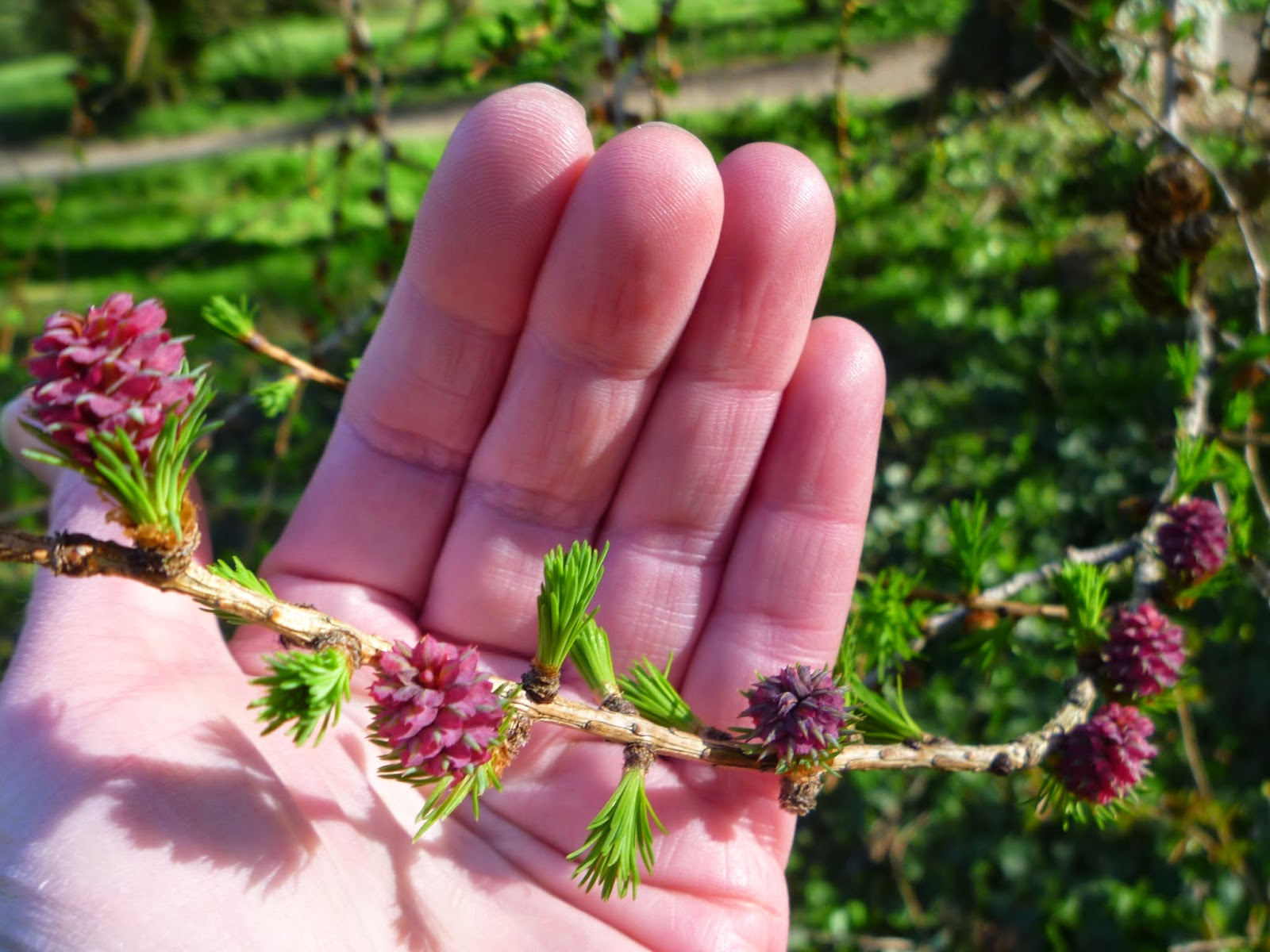 I noticed today that this tree has a wound (or a growth or a canker?), which is oozing sap 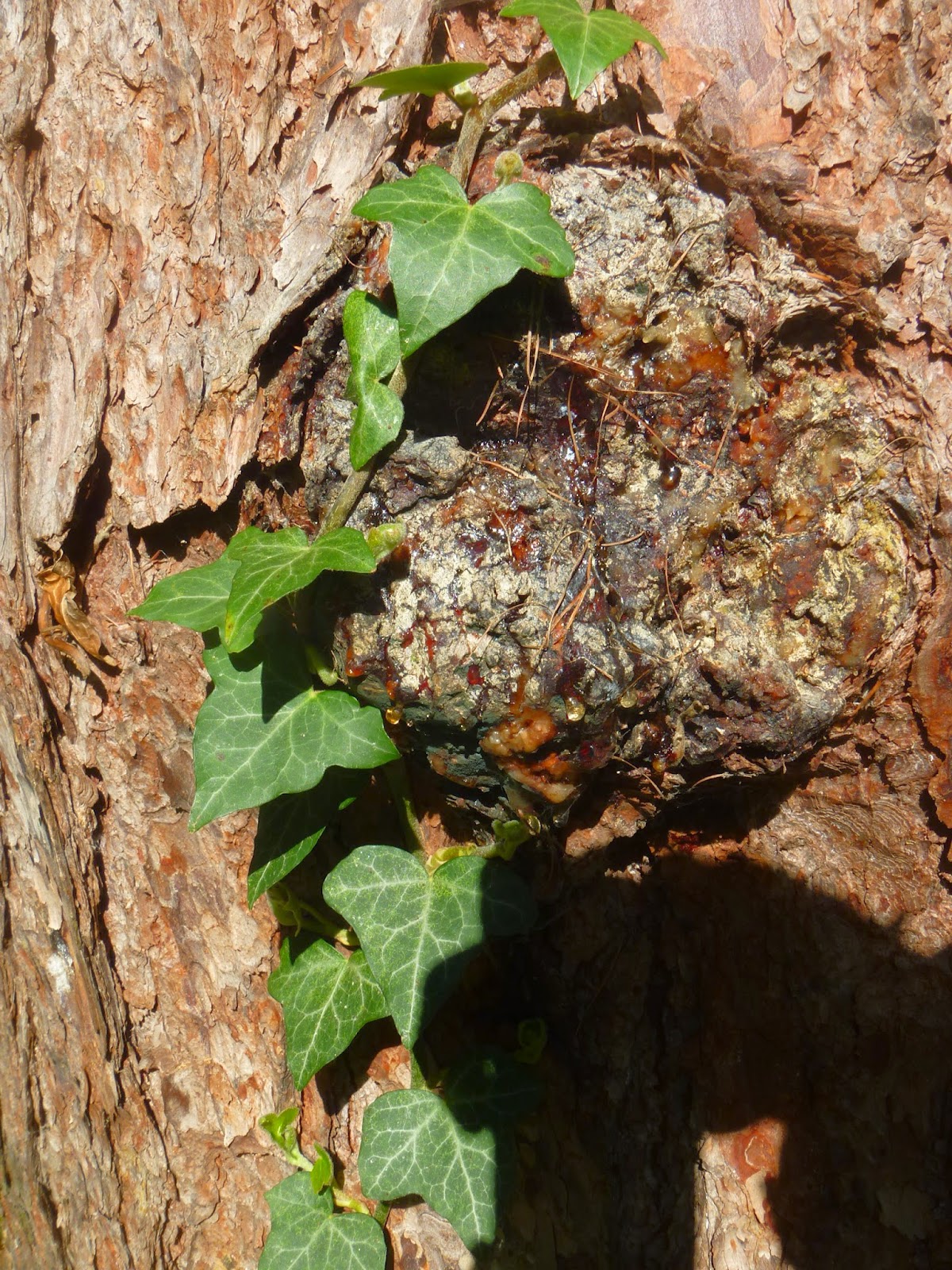 Meanwhile, the celandines are in full bloom under the larch 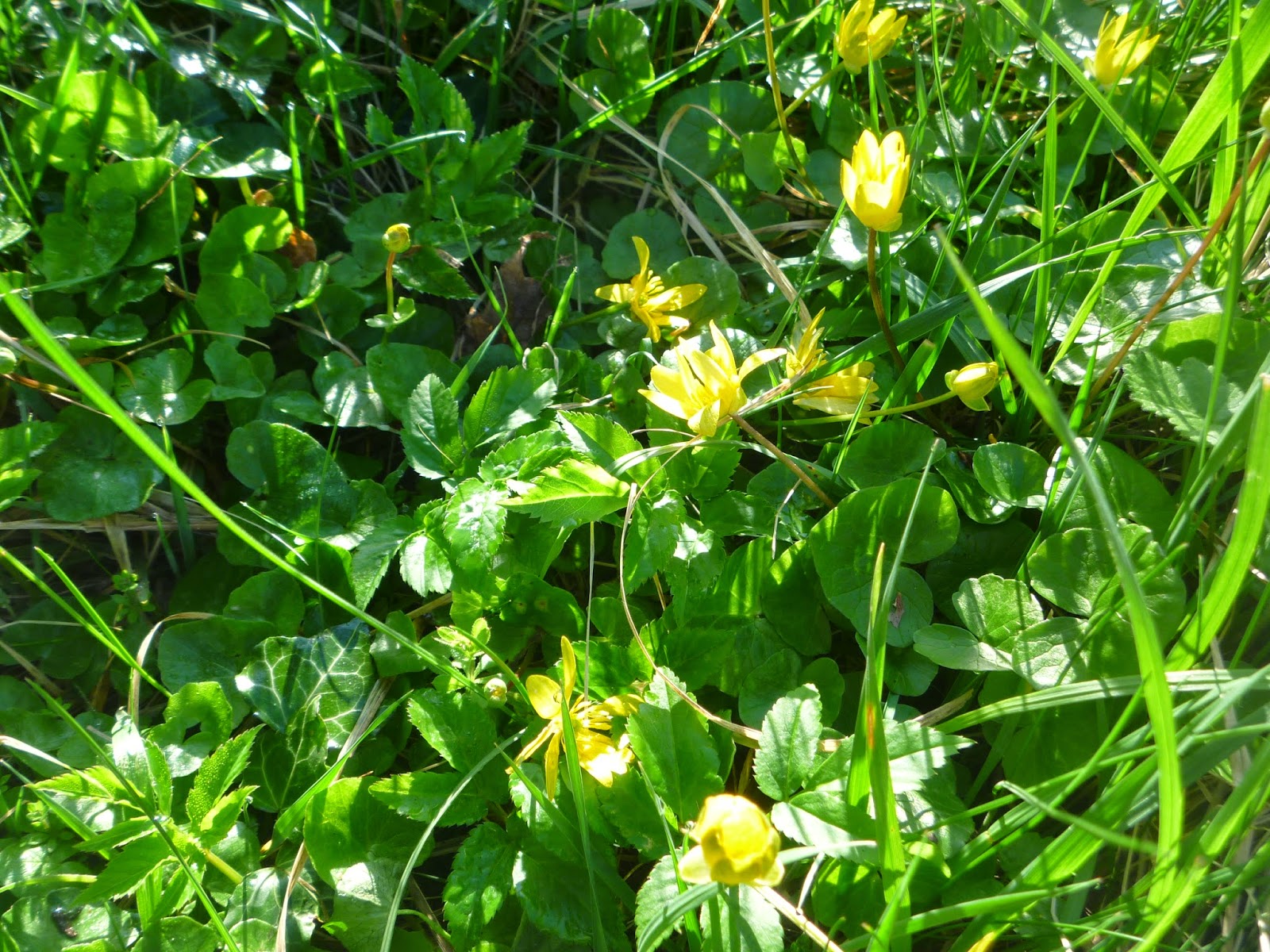 and in fact everywhere, I don't think I've ever seen such amazing carpets of celandines 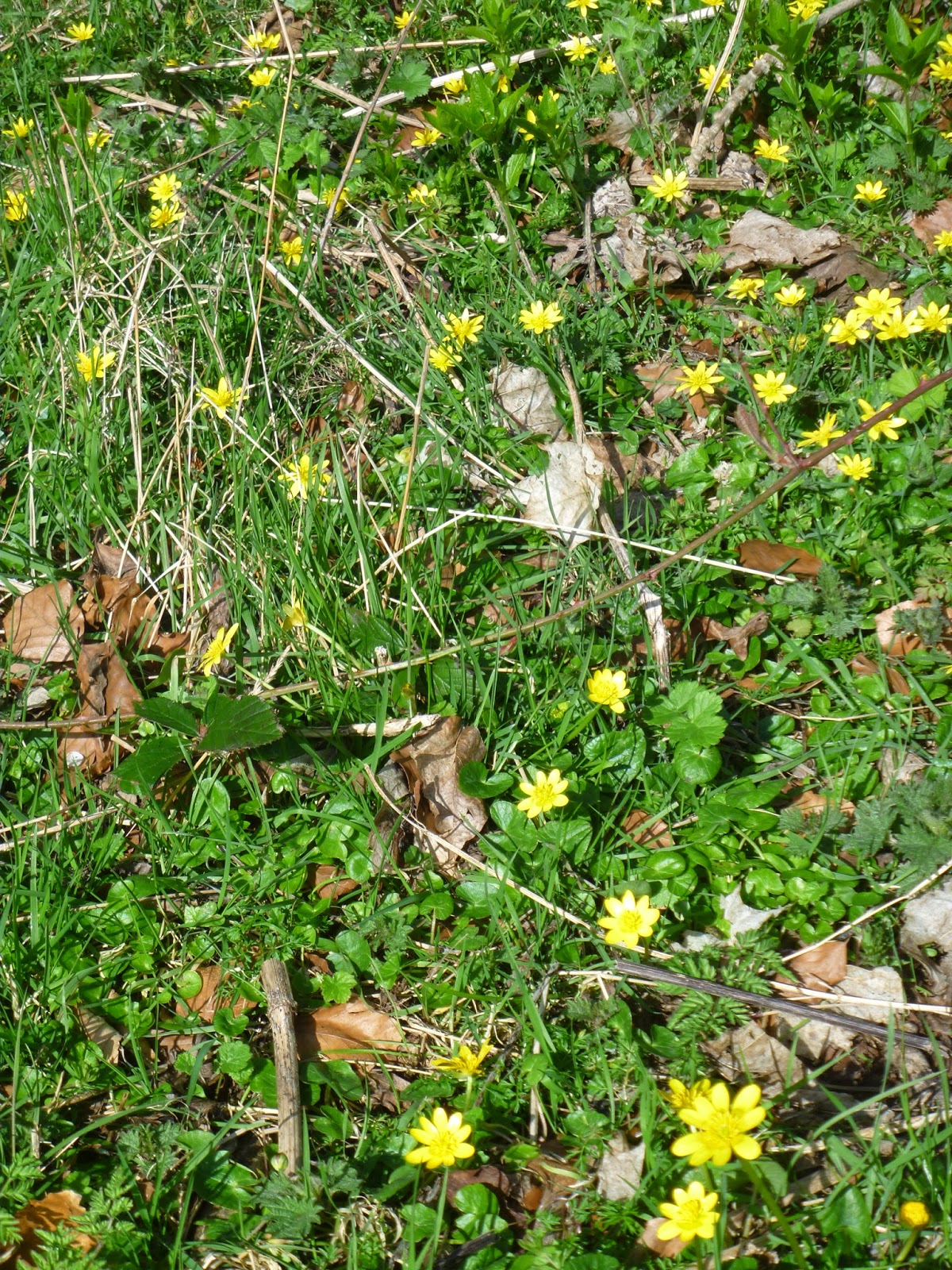 and though I've often seen celandines growing in trees, never before have I seen them as high up as this!

Constellations of celandines cloak the ground
under the birch tree whose ochre catkins
echo the bright line in the head of the goldcrest.

Daffodils trumpet on the slopes
and the blackbird's orange beak opens
in glorious song.

Email ThisBlogThis!Share to TwitterShare to FacebookShare to Pinterest
Thinking about: In and around Edinburgh, NaPoWriMo, photos, Spring, treefollowing, Water of Leith

It is a wonderful time of the year, seeing the trees turning green! The daffodils are looking beautiful right now..Have a happy week!

Yes, a truly beautiful post. The Celandines were indeed a surprise - and what a fine tribute poem for them! Larch trees are so lovely ...

The tree I'm following is oozing too. Maybe there will be mould to follow as the year goes by!