From Jackdaws to Slime Moulds

Crafty Green Boyfriend and I had a lovely walk around Arthur's Seat yesterday. I didn't have my camera with me for some reason, but he did have his camera with him!

Jackdaws nest in the holes in the walls and in natural rock cavities around the hill. They often guard their nests all year long and were certainly paired up yesterday! 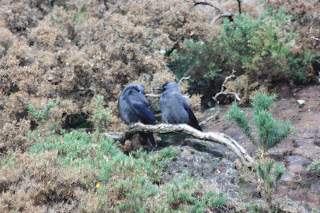 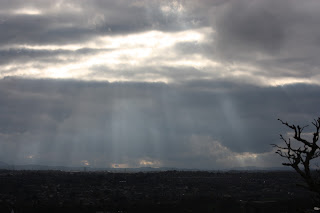 and we were very happy to see this male Bullfinch 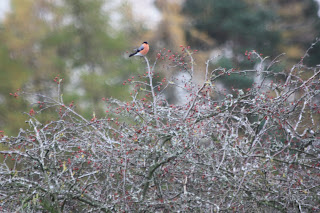 Today I did my weekly patrol of the Dells along the Water of Leith. It's still feeling very autumnal out there, though the weather is unseasonably warm. The fallen leaves look beautiful on the moss (I think it's a Hypnum moss in the photo below) 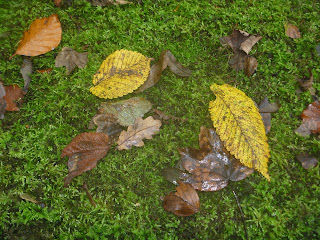 I then stopped off at North Merchiston Cemetery, where I was interested to find this slime mould (I'd also seen a patch in the Dells) 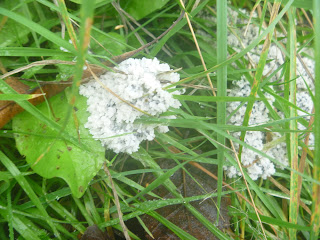 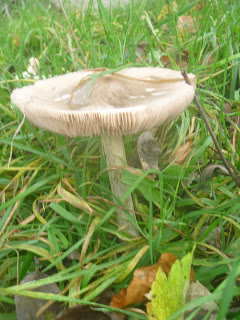 I had hoped to get some more photos to aid identification but a dog appeared out of nowhere, leapt at me and almost knocked me over. Totally destroyed the toadstool! The owner was nowhere to be seen. This is despite the new sign that's gone up in the cemetery that all dogs should be on a lead.

Email ThisBlogThis!Share to TwitterShare to FacebookShare to Pinterest
Thinking about: autumn, cemetery wildlife, In and around Edinburgh, photos, Water of Leith

Hello,
It is neat seeing the Jackdaws on the nest and I like the pretty Bullfinch.
I agree dogs should always be kept on a leash.
Take care, have a great new week!

Very nice photographs.
I did like the one with the sun's rays shining through the clouds.