A Hill, A Cemetery and the Gardens

We started our walk today at Calton Hill, which is largely famous for its picturesque follies and monuments. 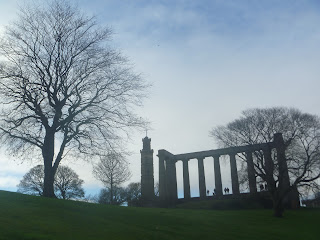 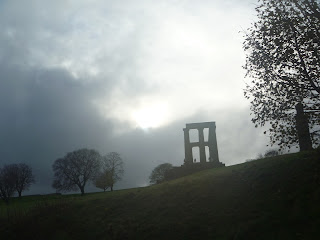 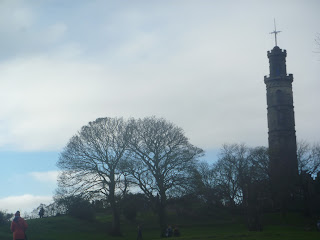 it also offers lovely views across Edinburgh, including overlooking St Cuthbert's Kirkyard in the High Street. 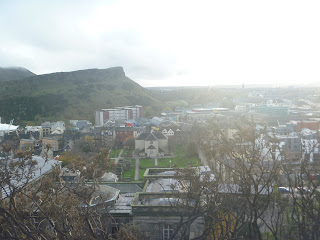 A faint rainbow appeared while we were on the hill, though it didn't actually rain. 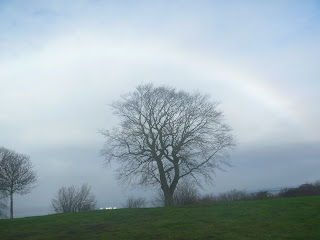 We then walked over to the 'orphan' section of Old Calton cemetery. This small section of the cemetery was separated from the main cemetery in 1816 when Waterloo Place was built through the middle of the burial ground. It offers some nice views, including looking towards Calton Hill 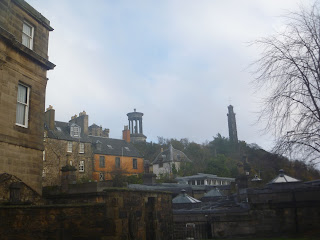 and looking towards the larger section of Old Calton Cemetery 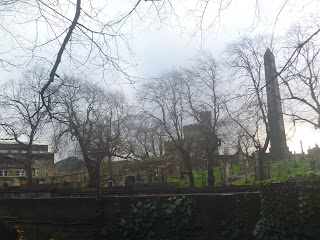 Knowing that ladybirds and other invertebrates like to hibernate on gravestones, we had a good look on the stones under trees and were happy to find this Juniper Shieldbug 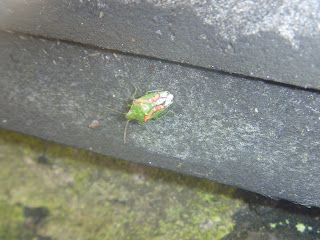 and a closer look from Crafty Green Boyfriend's camera 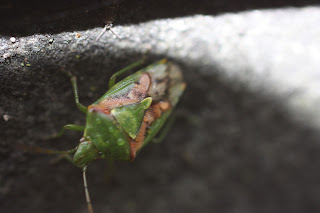 as well as several ladybirds including this group, made up of a Two Spot Ladybird, a Seven Spot Ladybird and a Harlequin Ladybird. 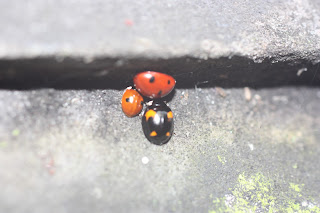 After leaving the cemetery we walked through Princes Street Gardens. At this time of year, East Princes Street Gardens is traditionally a site of controversy as the gardens are routinely damaged in the 'essential works' otherwise known as the Edinburgh Christmas Market. The first thing we noticed (aside from the Ferris wheel and the piles of wooden boards waiting to be turned into shacks selling cheap mass-produced Christmas items) was that the disabled access path has been blocked off with metal fencing 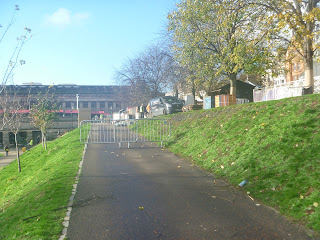 This disabled access path was controversial itself as its creation involved the destruction of a number of healthy mature trees and many people (myself included) argued that there were better ways to bring disabled access into the lower part of the park.

Not only is the disabled access blocked off, but many of the trees that were planted to replace the original trees are now in desperate need of being released from their supports 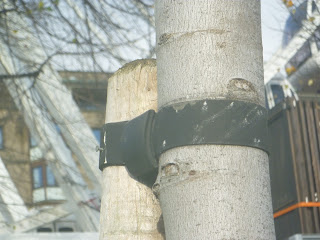 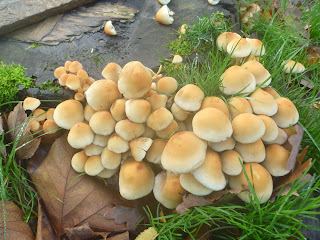 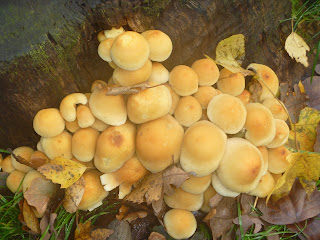 and these, which I've not yet identified 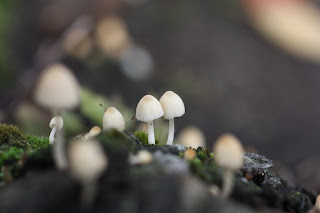 In other news, I'm delighted to have three haiku included in the Plum Tree Tavern's Autumn Moon Festival. You can read the whole festival here.

Crafted by Crafty Green Poet at 9:56 am

Pretty views and landscapes, I like the cute mushrooms.
Take care, have a great day and happy new week!

The weather there looks a bit dreary. Here it is unseasonably cold with lots of wind.

Nice to see your photographs, although a shame about the trees needing to be released from their supports - hope this will be done soon.