So having been indoors isolating after catching COVID, I can now get out and about again (Crafty Green Boyfriend has been able to get out for a few days longer than me as he caught the virus and got rid of it before me.) Aware that we shouldn't overdo things in the first week or so after getting rid of the virus, we walked round Dalry Community Park, which is just round the corner from where we live. 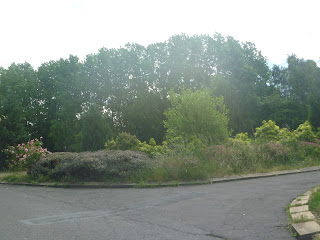 It's a long, thin park, with much of its space given over to play areas, including a large sandy area that has inadvertently become a lovely flower meadow. 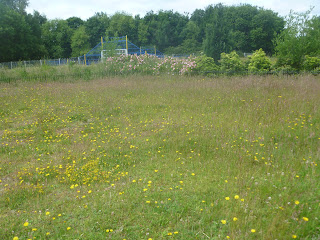 As it is Insect Week, we took time to wander through the grass, looking for pollinating insects. We saw a number of Eupeoides sp hoverflies 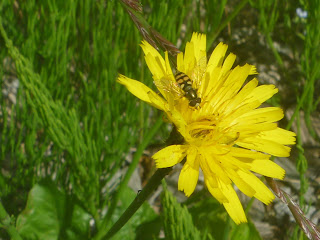 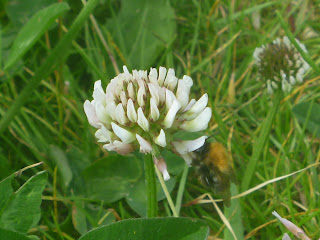 By the edge of the path, we found this ladybird larva, which I think is the larva of the 7 spot ladybird 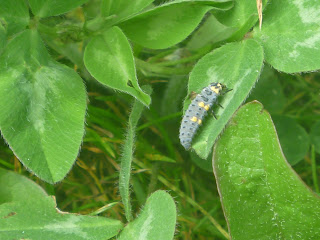 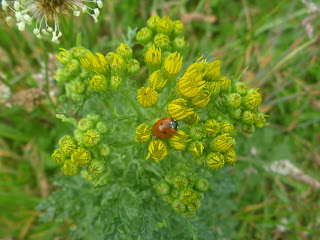 There were quite a few bumblebees and hoverflies enjoying this bush, including this buff / white tailed bumblebee 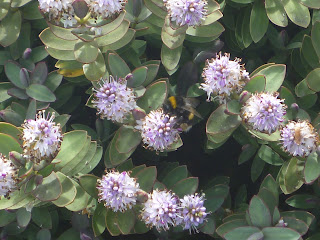 We then had a rest before walking into Dalry Cemetery. The bramble bushes in the cemetery were buzzing with bees and hoverflies, including this Pellucid Hoverfly (Volucella pellucens) 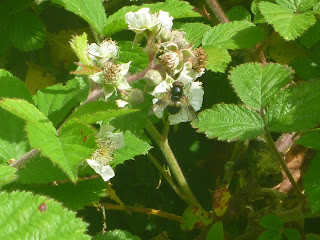 and this Footballer Hoverfly (Helophilus pendulus) 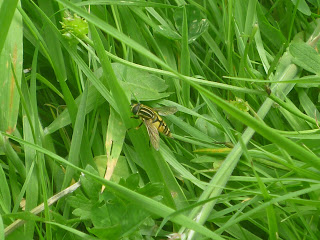 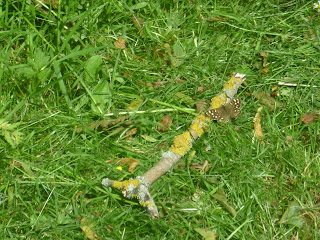 Insect Week is a chance to celebrate insects and learn more about these fascinating invertebrates. You can find out more on the Insect Week website.

Email ThisBlogThis!Share to TwitterShare to FacebookShare to Pinterest
Thinking about: 30DaysWild, In and around Edinburgh, photos

I am glad you were able to get out....Michelle

I will have to look for larva in the garden....