I'm continuing my job of making wildlife surveys of all the council owned cemeteries in Edinburgh. Over the festive fortnight, Crafty Green Boyfriend was off work, and accompanied me on two cemetery visits (as he is an excellent naturalist and very helpful in a wildlife survey!).

The first week of the Christmas break, we visited Duddingston Kirkyard. We've looked over at the kirkyard many times from Arthur's Seat 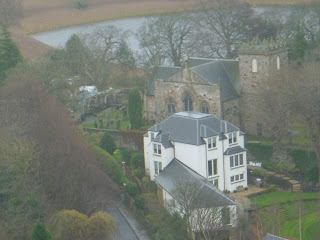 and we've often visited Dr Neil's Garden, which is just next door, but this was the first time we'd actually visited the Kirkyard.

It's a lovely historic kirkyard in a beautiful setting, between Arthur's Seat and Duddingston Loch. 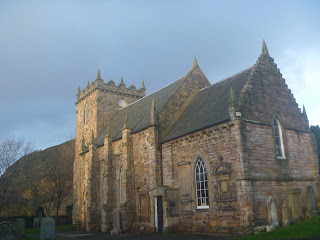 There were a lot of jackdaws around while we were surveying, they seem to already be pairing up (my photos of the jackdaws didn't turn out at all well!). 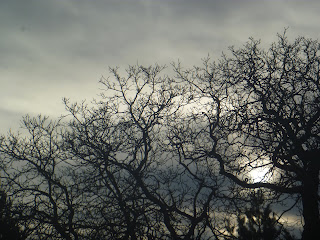 This week, we visited Cramond Kirkyard, another small historic kirkyard 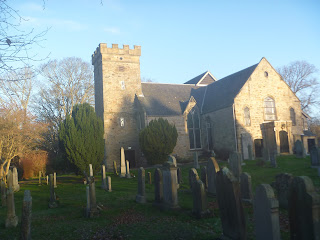 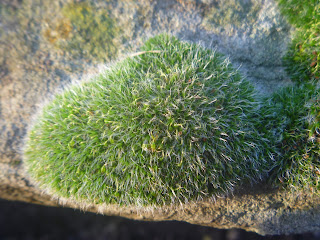 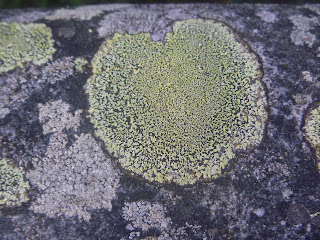 There were few insects around on such a cold day, but this hawthorn shield bug seemed to be enjoying a patch of sunlight 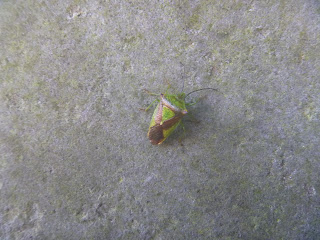 The hydrangeas looked beautiful in their faded, winter state 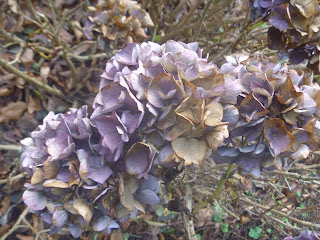 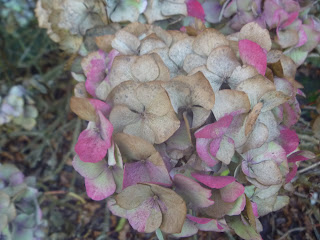 but the winter aconites in bloom (and also the first snowdrop!) were a reminder that Spring is on its way 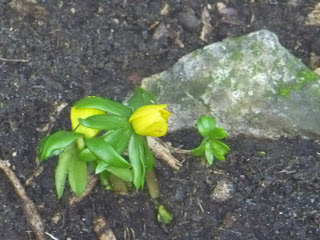 Then today I went over to Portobello Cemetery. I've passed this cemetery many times on the bus, but once inside I was astonished by how large it is! This picture doesn't give any indication of the size... 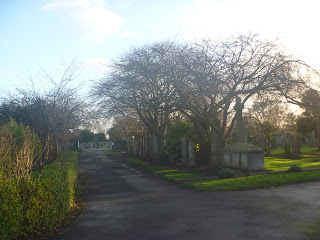 It's a great place for birds, with bullfinches feeding in the fruit trees, a mistle thrush shouting from high up branches and about 50 rooks flying around, wary of a soaring buzzard. I was delighted to make friends with this robin 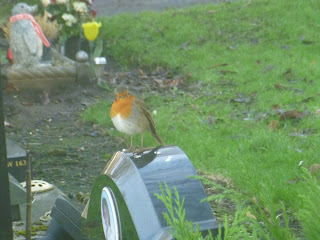 There was also a good amount of moss on walls and gravestones, including this anomalous bristle moss (Orthotrichum anomalum) which caught the sun 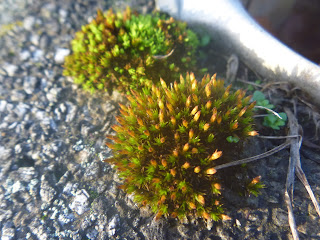 I found this beautiful gravestone, unfortunately the details of who it was raised to are lost as the writing has all been eroded 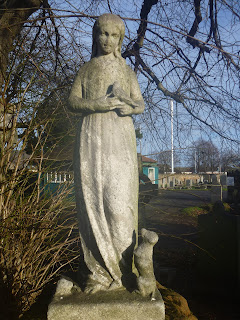 As in many cemeteries, there is a fair amount of ivy, 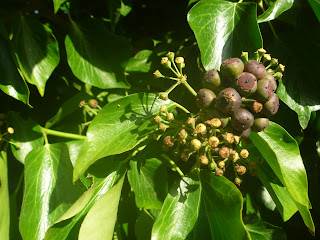 though as this cemetery is still in regular use for burials, the ivy is kept under control, unlike in the cemeteries that are no longer regularly used for burials where ivy has been allowed to grow much more luxuriantly. Ivy is one of those plants that causes arguments among those who look after cemeteries, it damages walls and gravestones if left unchecked, but is a wonderful source of food for bees and hoverflies in the autumn and a great nesting site for birds such as wrens. And it can look very decorative too 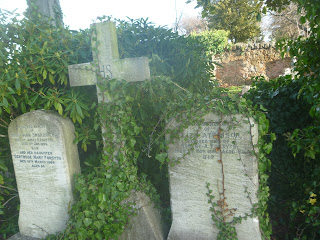 Email ThisBlogThis!Share to TwitterShare to FacebookShare to Pinterest
Thinking about: cemetery wildlife, In and around Edinburgh, winter

Thank you for all these photographs very nice to see.
You do seem to be doing very well with your wildlife surveys of all the council owned cemeteries in Edinburgh.