It's not been a great year for hoverflies this year. I think the strange weather has affected them, as other than early on in the Spring I've really not seen many at all. So I was very pleased yesterday to see several hoverflies in two of our local parks.

There were several marmalade hoverflies (Episyrphus balteatus) in Dalry Gorgie Community Park, though I could only get two of them in the one photo 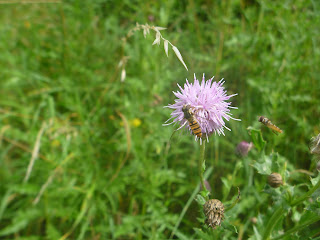 Then in Saughton Park, there were a good number of batman hoverflies (Myathrpoa florea) though not as many as I've sometimes seen in previous years. 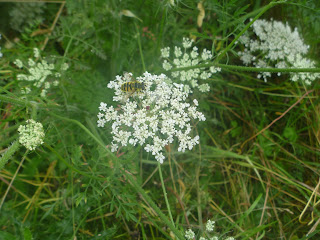 Saughton Park was also full of common wasps and bees, including this white tailed bumblebee 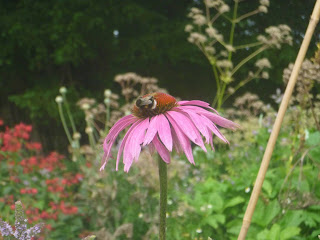