Recently, I've started to notice the first signs of autumn! In North Merchiston Cemetery, one of the lime (linden) trees has a few yellowing leaves: 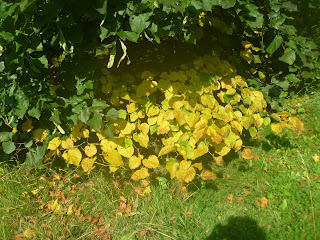 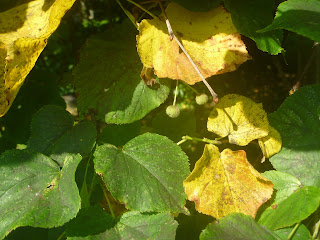 Also in the cemetery, there are some large mushrooms, not for eating, I'm not sure what species they are, and even if they're (edible) large field mushrooms, I'd be wary of eating fungi that's so likely to have been visited by dogs. 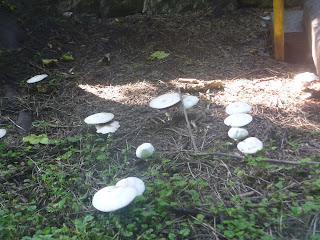 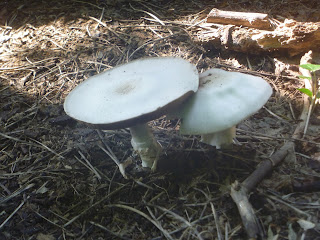 There were several speckled wood butterflies flying around the cemetery, mostly flying far too quickly to be captured on film. This one flew straight towards me but then did its best to hide 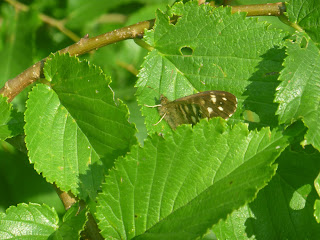 and there are some impressive spikes of cuckoo pint, aka lords and ladies 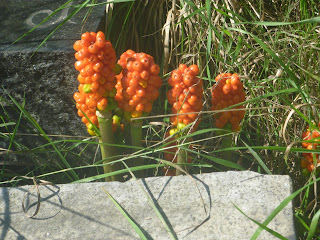 Email ThisBlogThis!Share to TwitterShare to FacebookShare to Pinterest
Thinking about: autumn, In and around Edinburgh, nature diary, photos, summer

I haven't seen much in the way of fungi here, CGP, but we have also noticed the leaves turning, in our case particularly on the Virginia Creeper in the garden (but also on Silver Birches). It has felt autumnal here for days, with heavy coverings of cloud and a keen NE breeze off the North Sea!