Fungus and Galls on Corstorphine HIll

We had a lovely walk round Corstorphine Hill, and luckily we had put on rain jackets as it was raining fairly heavily for part of the time!

We were interested to see the various different galls on one of the oak trees, this tree usually has galls at this time of year. I'm not sure if all these galls are caused by the same species of wasp, here are just two of then to give you an idea of the variety: 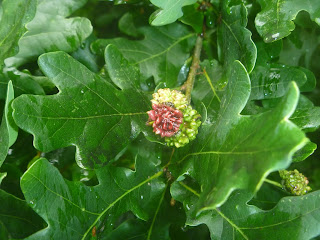 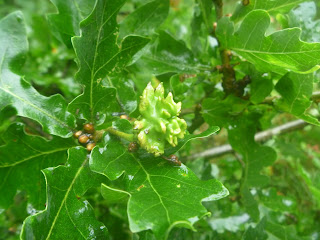 There's a dead tree by the side of the path which is usually covered in fungi at this time of year. 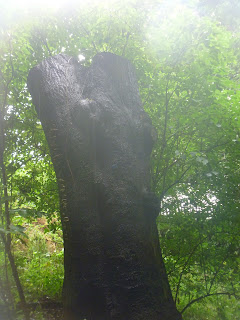 Sulphur polypore (chicken of the woods) is growing all round the roots of the tree, along with some dead man's fingers

CORRECTION: I've been reliably informed this fungus isn't yellow enough to be sulphur polypore and is more likely to be giant polypore. 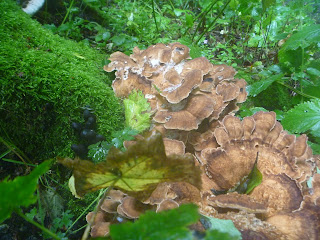 Here's a close up of the dead man's fingers 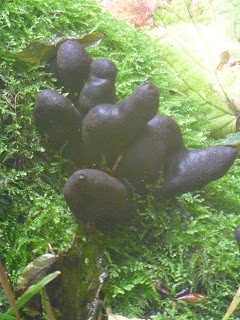 There's a lot of bracket fungus growing on the trunk of the tree and we noticed this was covered in fungus gnats, dancing around in their courtship displays! Click on the photo below for a better view! 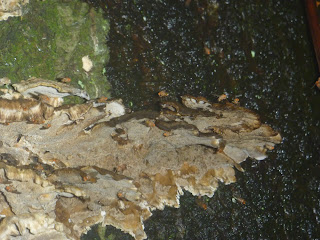 Email ThisBlogThis!Share to TwitterShare to FacebookShare to Pinterest
Thinking about: autumn, In and around Edinburgh, nature diary

I kind of envy people who know the names of everything! I look at our beck, wax lyrical and reach for Wordsworth. My neighbour will tell me ten differnt species that live in it and what they're doing right now. He and I have very different brains!

Great finds, the Dead Man's fingers is a little creepy.
Take care, have a happy week!

Carruthers - I was wrong with at least one of the names I included in this post (now corrected). I think it's good to look at nature and wax lyrical, you don't need to know what everything is to enjoy it.

Thanks Eileen - yes it's a creepy looking fungus

Jeff - it's a perfect name indeed