Easter Monday in the Dells

Snow had been forecast for yesterday but it was sunny here in Edinburgh (though very cold). We had a lovely walk in the Dells along the Water of Leith. 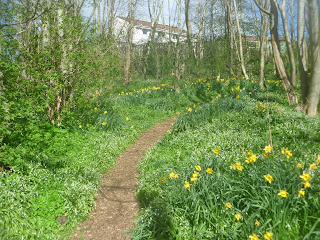 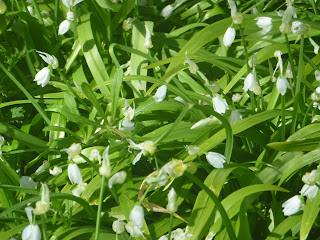 Few flowered leek though very pretty, is an invasive species, and tends to crowd out the natuve ramsons (wild garlic) which, superficially it looks similar too. However few flowered leek can also be eaten, so the advice is, if you're a forager, to pick wild leek and leave the ramsons to grow! It's too early for the ramsons to be fully in bloom as yet but they will no doubt feature on this blog again in the near future! 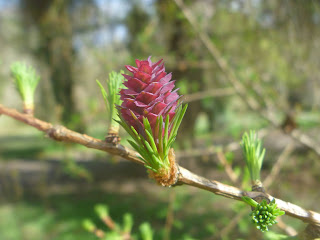 and some of the cherry trees are already in bloom 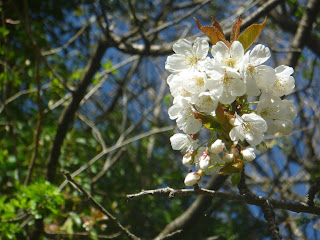 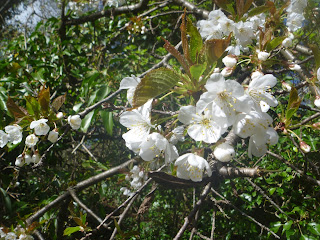 Lots of birds were singing and hopping about, most excitingly a pair of siskins. These tiny little finches tend to be quite elusive in my experience and before this year I'd only once seen them along the Water of Leith walkway but this was the second time in only a couple of weeks! Maybe they'll next here this year!

Crafted by Crafty Green Poet at 8:54 am

Email ThisBlogThis!Share to TwitterShare to FacebookShare to Pinterest
Thinking about: In and around Edinburgh, nature diary, photos, Spring, Water of Leith

Lovely little birds siskins. We used to get them on the feeders when I lived on the farm but haven;t seen one since I moved into the nearby town.

Beautiful flowers and images. Sounds like you saw some great birds too.
Take care, have a happy day!

You have more blooms than we do but I am seeing bees and wasps but there aren't many flowers for them to nectar on yet....