Craiglockart Hill and pond with duckings!

It's been another sunny day and though it started off quite chilly it warmed up, lovely weather, but we do need some rain for the plants and wildlife to flourish! Crafty Green Boyfriend and I enjoyed a walk round Easter Craiglockart Hill. Everything is so green at the moment 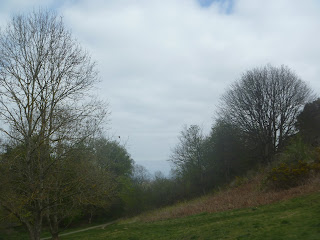 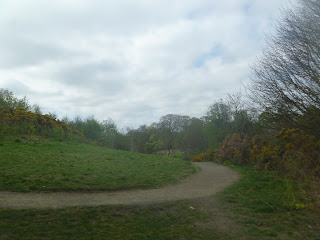 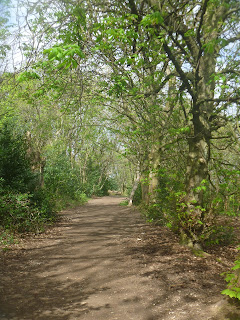 Many of the paths have now been given names including the Poets Path, which commemorates the fact that the war poets Wilfred Owen and Siegfried Sassoon stayed in Craiglockart Hospital for a while. 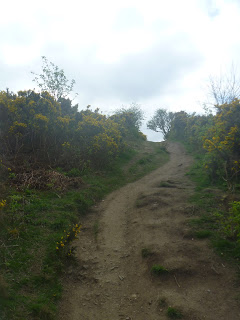 but once there you're surrounded by gorse looking at its best 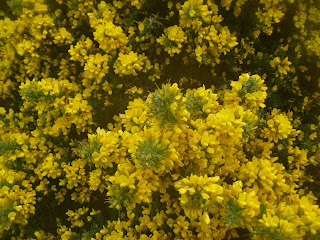 and there are great views across Edinburgh 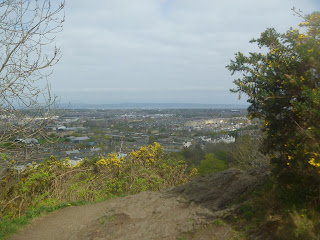 We found this intriguing thing 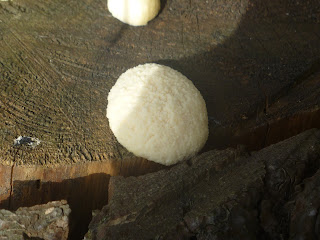 which (I think) is dogs vomit slime mould (though someone tells me it's also known as scrambled egg slime mould, which is a nicer name so I may use that in future). 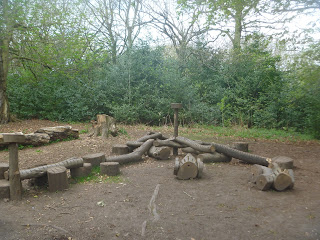 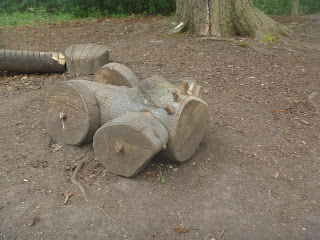 Fallen trees and branches are great for biodiversity, as they offer homes for insects and other invertebrates and carving them into things like this may mean they're more likely to be allowed to stay around rather than being 'tidied away'.

We ended up at Craiglockart Pond 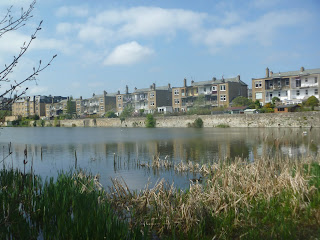 where we were delighted to see this mother mallard with her ducklings - we saw at least ten, though Crafty Green Boyfriend was only able to get nine of them on film 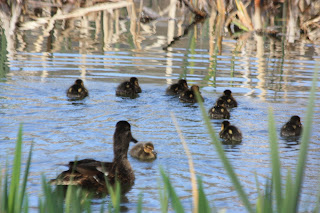 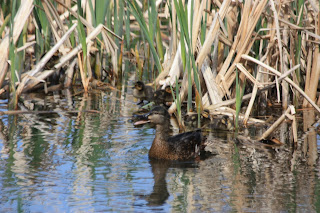 I hope they survive and thrive, there are quite a few herring gulls and lesser black backed gulls around, which would love to eat a small duckling as a snack.

Walking to the bus stop, we stopped to admire the cherry blossoms, including this tree near Craiglockart Parish Church 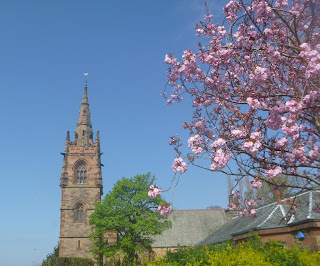 Nice walk, I love the cherry blossoms and the cute ducklings.
Happy Sunday, have a great new week!

So of course I had to search 'dogs vomit slime mould' and the first link was a care and growing guide, and I wondered why, when there are plants called Bunny Tails, you would possibly want to grow it. An example of takes-all-sorts I suppose.

Hi Eileen - it's a lovely walk, thanks

Martine - I'd certainly rather grow Bunny Tails in a garden, they probably look cuter too!