All the colours of fungi

It is proving to be a particularly fine fungi season up Corstorphine Hill this year, traditionally the best place in Edinburgh for fungi and excelling itself in this mild and damp autumn that we're having. 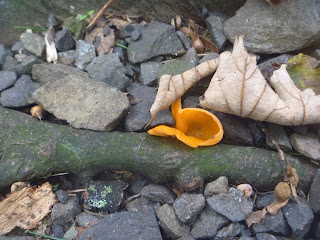 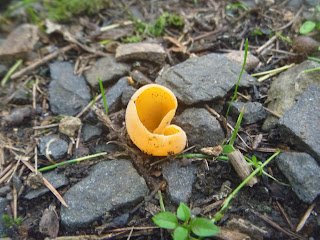 and this brightly coloured fungus, the photo's terrible but I'm sharing it as it's such an unusual colour - I thought it was an aniseed funnel cap but have been told via Edinburgh Fungi group on Facebook that it's Stropharia caerulea (blue roundhead) 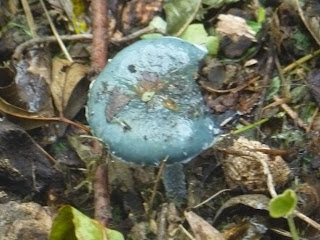 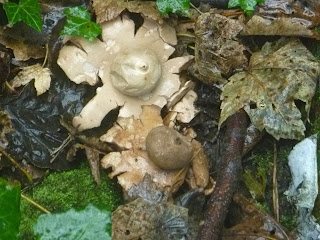 Finally some honey fungus growing on an ash tree. Honey fungus will grow on vulnerable trees and kill them and it may be that the ash tree has ash dieback disease aalready and so was in a weakened state for the honey fungus to take advantage? 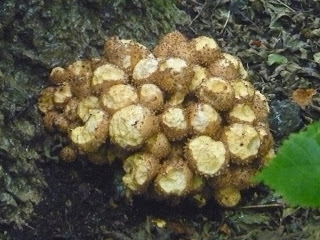 Another walk in the woods. Thanks for sharing your part of the UK Juliet, always interesting.

Do you know if any are eatable? After a dry fall, we're beginning finally to have wet weather again, so I'm sure the mushrooms and fungi will be out.

Hi Simon, Orange peel is one of the most beautiful fungi we get round here, but it's quite unpredictable, the first time I've seen any just in this spot

Jeff - I don't think any of the fungi in this post are edible, certainly none of them are good eating.

Great fungi, I really love that.

Amazing fungi, thanks for the photographs.