To birdwatchers in Scotland, North Berwick is famous for the Bass Rock, which at this time of year is white with nesting gannets. 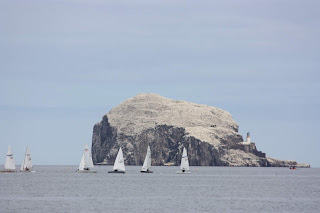 Gannets are one of the few species of sea birds that are doing well at the moment. They're increasing  in numbers whereas many other species are declining. This is partly because gannets can travel further to find food than many other species and also as other species decline and desert their nesting sites the gannets move in and take over the nest sites.

North Berwick also has lovely beaches. We travelled there today in a crowded train but most people went into the town while we walked along the beach which was almost deserted 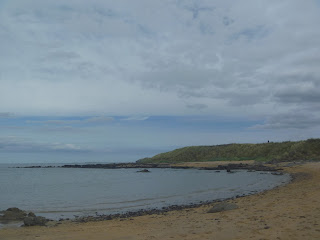 The beach was also pretty clean and free from plastic pollution. I collected a nice selection of sea pottery which I will put in my Crafty Green Magpie supply and vintage shop on Etsy.

There were plenty of birds around, including lots of pied wagtails flying round the beach chasing the insects, including several juveniles (see first of the photos below) 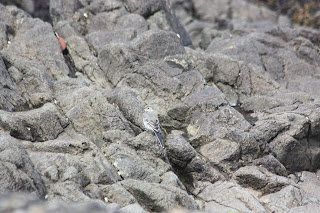 as well as adults 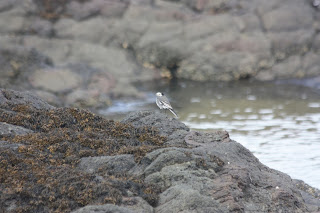 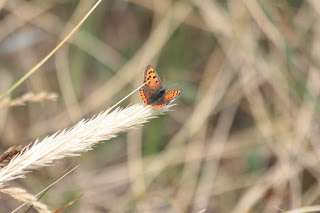 and plenty of hoverflies including several marmalade hoverflies 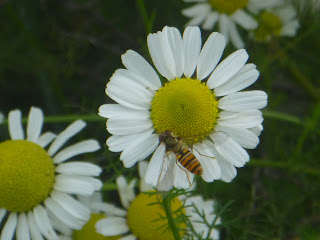 North Berwick itself is a lovely town with a nice selection of cafes and craft shops. And it's just a short train journey away from the centre of Edinburgh.

Always interesting to hear of the short rain trips to many places around.

Can't go hardly any place here by train except with one or two schedules a day and stops few and far between. At least not here in the Pacific NW.