I had read on social media that a bearded seal had arrived in Lerwick Harbour - this was a couple of weeks before our trip to Shetland so I didn't really expect her to still be there when we visited.

However, something was obviously causing a stir in Lerwick Harbour on our first day 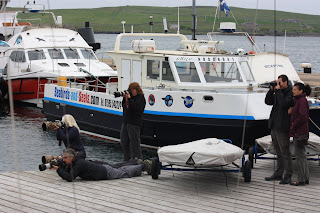 and sure enough, there she was 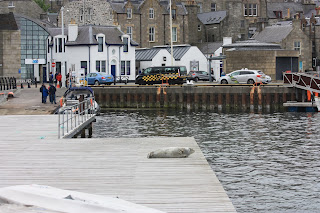 she seemed to be enjoying the attention 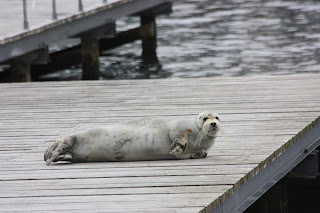 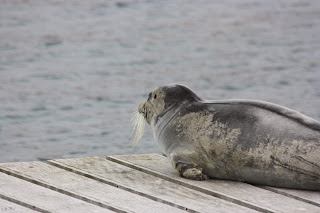 The bearded seal is an arctic species so what was it doing in Lerwick Harbour? Apparently this is a young seal who got chased from the arctic by a pod of orcas. She sought safety in Lerwick Harbour and the orcas couldn't follow her in so she must have felt safe there and just stayed. Sadly though she apparently sometimes gets bullied by the local grey seals. Hopefully once she's stopped moulting she will go back home or she may be taken home (there's talk in Lerwick of organising a boat trip to take her back to the arctic). She wasn't in the harbour when we left, but she's left before and come back.

Email ThisBlogThis!Share to TwitterShare to FacebookShare to Pinterest
Thinking about: photos, Scotland

Fantastic to see …
So pleased you shared these photographs.