I joined Crafty Green Boyfriend on his daily lunchtime walk today and we enjoyed the sunshine up Corstorphine Hill! We were delighted to see at least three species of solitary bees on our walk. This species is nesting in garden walls at the bottom of the hill (Thanks to Simon of the Careering through Nature blog for suggesting this is a male Andrena fulva - I've checked the wasps, bees and ants website and it seems very likely that this is what it is. 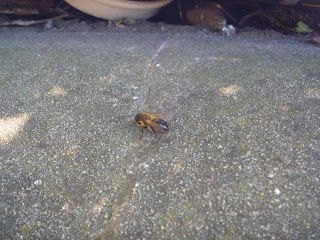 The species in the two photos below was flying round a garden further up the hill and nesting in the garden wall - I think it's a Nomada marshamella cuckoo bee, but am awaiting confirmation on that!(This has now been confirmed as the probable id) 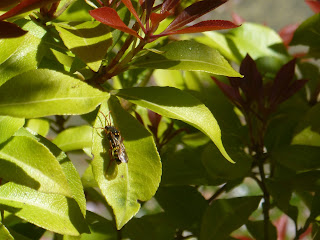 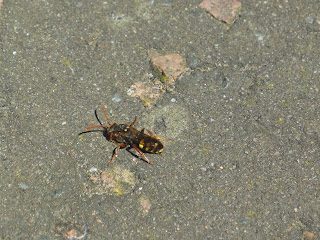 and the species below is nesting in tunnels in the hill itself - Simon suggested this one is a yellow legged mining bee (Andrena flavipes) which (updated to say) isn't apparently found this far north and Crafty Green Boyfriend has now been able to confirm that this is a Halictus rubicundus a type of sweat bee. 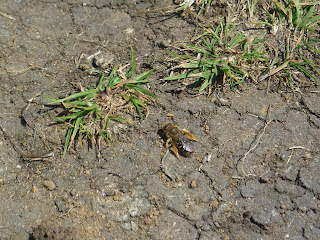 Solitary bees are so called because they nest in individual tunnels rather than in colonial hives. They actually gather together in groups quite frequently, there were plenty of all these three species about today! 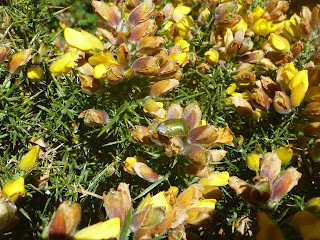 You can click on any of the photos for a closer look!Thanks Simon for helping with identifying two of these species!

Last one looks like a yellow legged mining bee. Top one a male tawny mining bee.

The middle two I'd love to know, as I've seen them at work nesting in the entrance of rabbit holes on our campus.!

Thanks Simon - looks like you're right. I'm still searching for the middle one though....