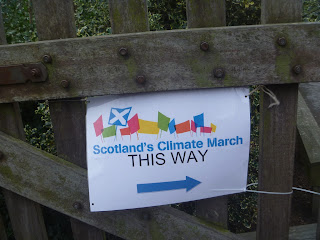 Today, thousands (official estimates state 7,000) of people gathered in Edinburgh for Scotland's Climate March, to let world leaders know how much people carte about climate change ahead of the UN Climate Talks in Paris to discuss climate change. 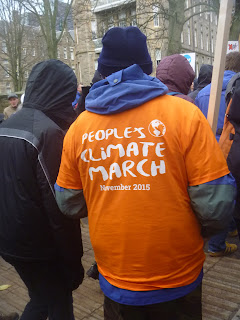 The route started in the Meadows 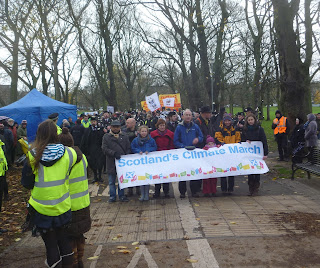 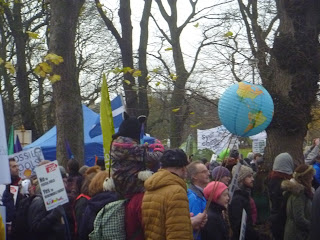 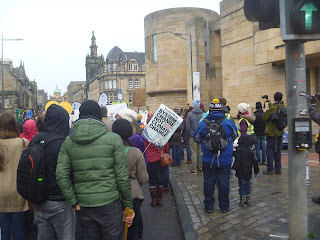 and down the Mound 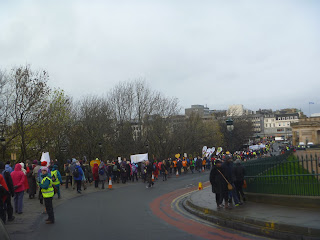 to gather in Princes Street Gardens 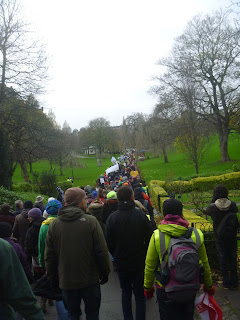 ending up at the bandstand, 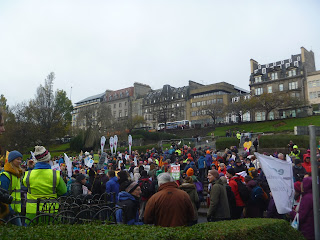 where there was music and speakers and increasingly heavy rain drove some people away before things actually came to an end. 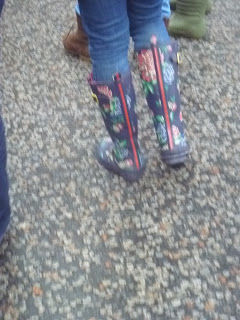 A gorilla joined in 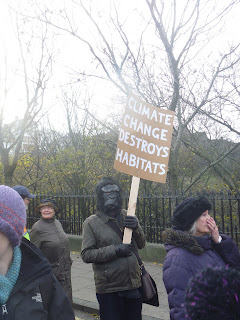 and a teddy bear waved us on from the sidelines 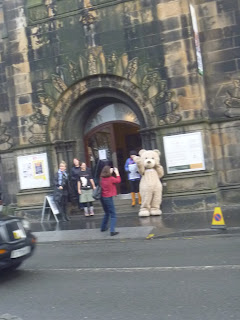 Lots of charities were there, several wildlife groups including the Woodland Trust 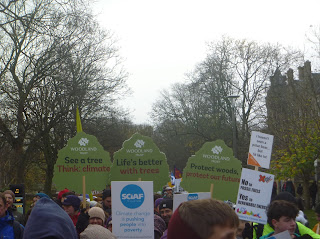 People were marching because they are aware of the devastation that uncontrolled climate change would cause to wildlife and natural habitats, to coastal communities, to health and welfare and to people's abilities to make a living.

Let's hope that the world's leaders are listening.
Crafted by Crafty Green Poet at 3:52 pm

Email ThisBlogThis!Share to TwitterShare to FacebookShare to Pinterest
Thinking about: campaigning, climate change, In and around Edinburgh, photos

Good for you for marching!

it's encouraging to see people getting involved. this is an important, earth changing issue that so many other people are ignoring, like it will just go away. glad they had a good turn out there. have a great sunday, G

Let's do hope they are, indeed. Thanks for the post.

I'm so glad you went on that march for such a wonderful cause. And I loved walking through Edinburgh with you.