When the sun comes out

Stunning sunshine for much of this morning's walk round Musselburgh. At this time of year, it's not just a great walk for birdwatching, but also wonderful for flowers and insects. As I'm sure to have blogged already in the last couple of weeks, the flowers between the paths along the John Muir Walkway are the best I've ever seen them 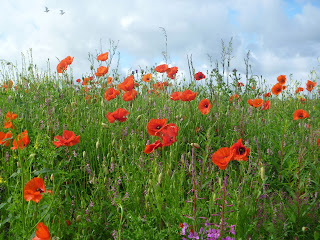 and the clovers and tall melilot are wonderfully honey scented 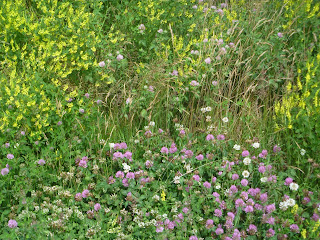 Lots of bees here, though non wanted to be photographed. Unlike this beautiful burnet moth 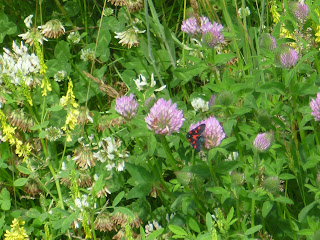 lovely to watch as it circled round the clover, tilting to show the beautiful red of its underwings.

I was delighted to this week be able to photograph the speckled wood butterfly, which according to my book isn't supposed to be in this area yet, but fairly obviously is in this area (unless I've got my identification wrong, in which case please let me know!) 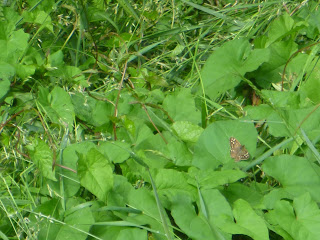 and the rocks by the side of the walkway were covered in hundreds of red mites - more than I've seen since my childhood (not a brilliant photo but you get the idea!) 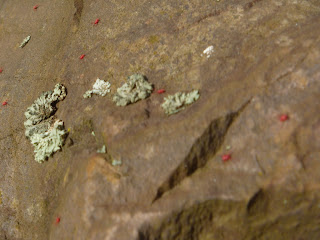 And of course there were plenty of birds, including this male eider in eclipse (moult) plumage 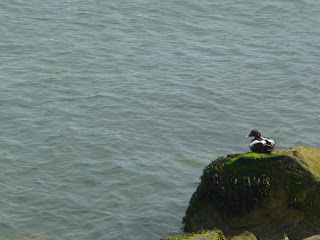 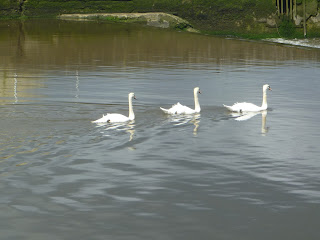 and these mute swans floating off towards the weir, where I'd seen one swan just glide over gracefully a couple of minutes earlier.
Crafted by Crafty Green Poet at 3:31 pm

Speckled woods have been the most consistent butterfly of the year here, pretty much visible since April in what was a dire spring for some species here.

Hey Juliet,
Oh, so lovely a post as usual. As I've gotten to know you / your "voice" a little more, it does feel like you are truly telling me all about it. Kind of like Josephine coming in and telling me all about an adventure she's just had. It's so funny sometimes.
Meant to tell You that I like the new header. One of your pix from a walk last week if I remember.
:) m & jb

Beautiful photos! You live in a truly enchanted place. I love poppies - I know they are technically a wildflower, but I love them.

I looked at the various pages with descriptions and it does look like it. I don't think that butterfly lives here.

Hello, what a great walk. Wonderful bird sightings and beautiful flowers and butterflies. Lovely images. Have a happy day and week ahead!