Bees Buzzing in the Beautiful Blooms 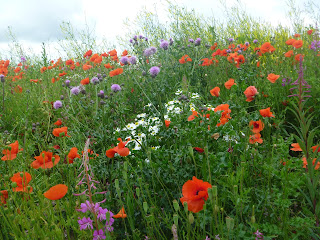 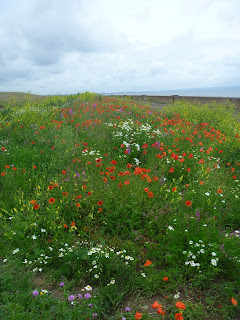 and the bees love them! The verge is literally buzzing with bees! This little brightly coloured bee is an early bumblebee, so called because it emerges earlier than the other species of bumblebees 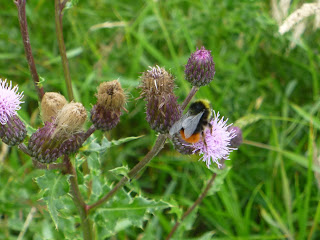 Bees are so vital to keep flowers pollinated. They are in decline in many places due to habitat destruction and the effects of pesticides. The UK Government is thinking of overturning the current ban on neonicotinoids, one of the pesticide types known to damage bees. If you are in the UK and haven't already signed the petition to ask the government to keep this ban, you can sign it here.

***
And a bonus photo of a male reed bunting. Two of these handsome birds were singing at each other over the grassland. 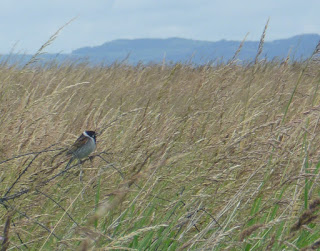 I am glad the bees are happy! Pretty flowers and a cute bird, great shots. Enjoy your day!

Beautiful! And love those poppies!

Oh those wildflowers are some of the most beautiful i have ever seen!