Over the next few days, I'll be blogging about our recent trip to Dumfries and Galloway. We stayed, as we usually do, in the Friars Carse Country House Hotel, which sits in an extensive area of parkland alongside a beautiful stretch of the River Nith. 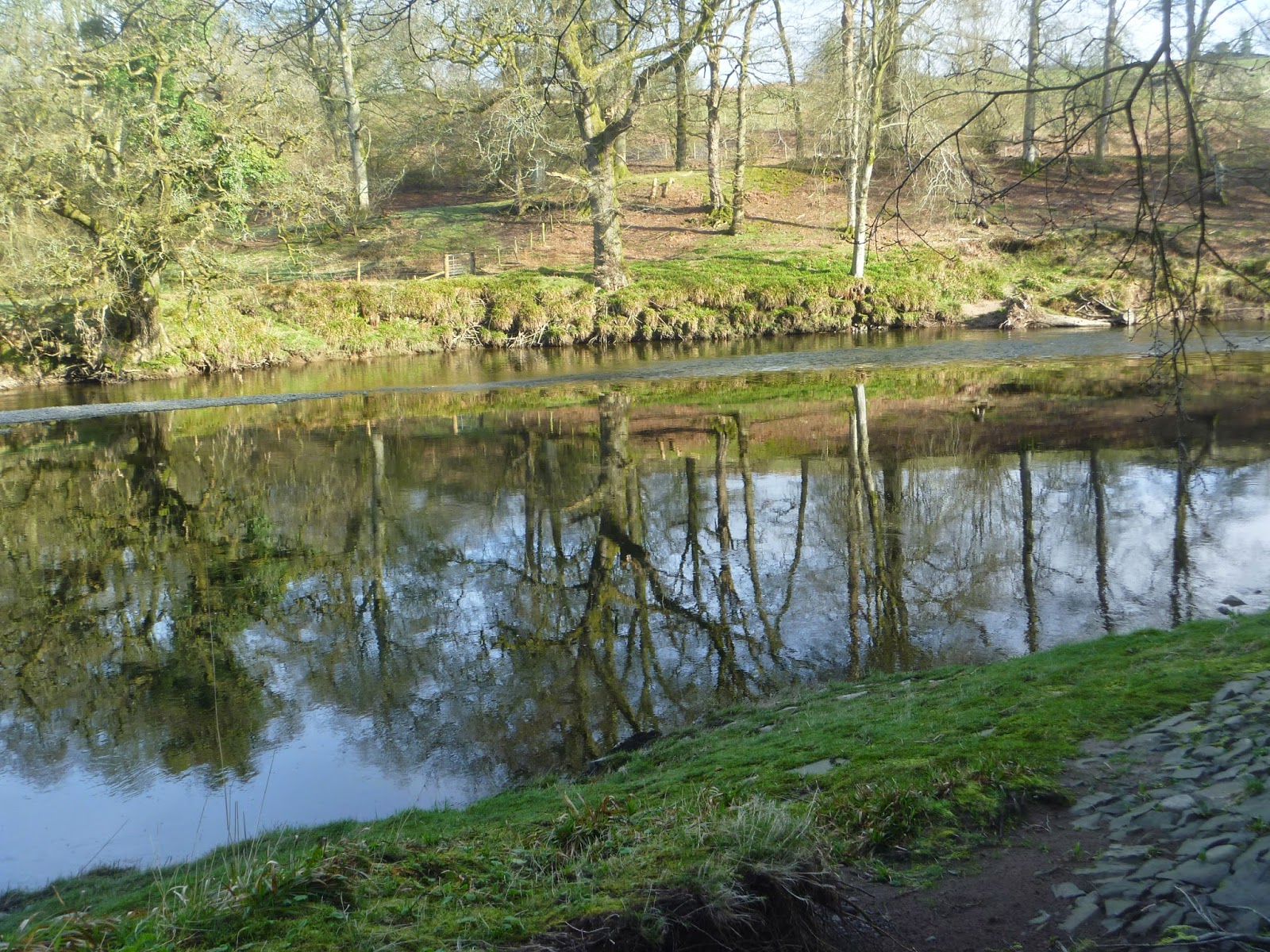 The photo below, taken from the riverside walk, shows the hotel nestling in amongst the trees. 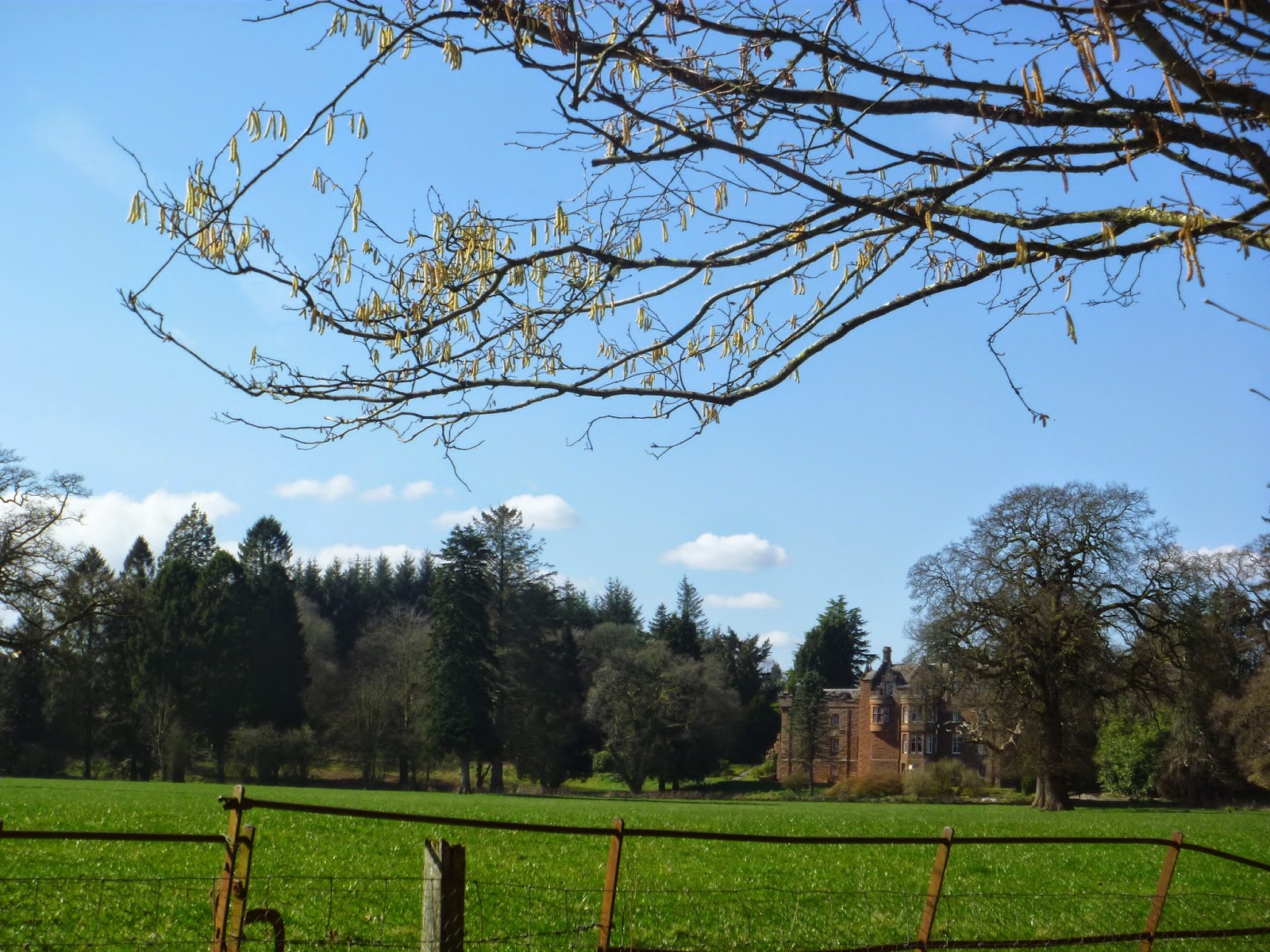 It isn't exagerating to saythat you could spend a whole few days without leaving the hotel grounds and the immediate surroundings. At the moment the ground is covered in spring flowers, including wood anemone 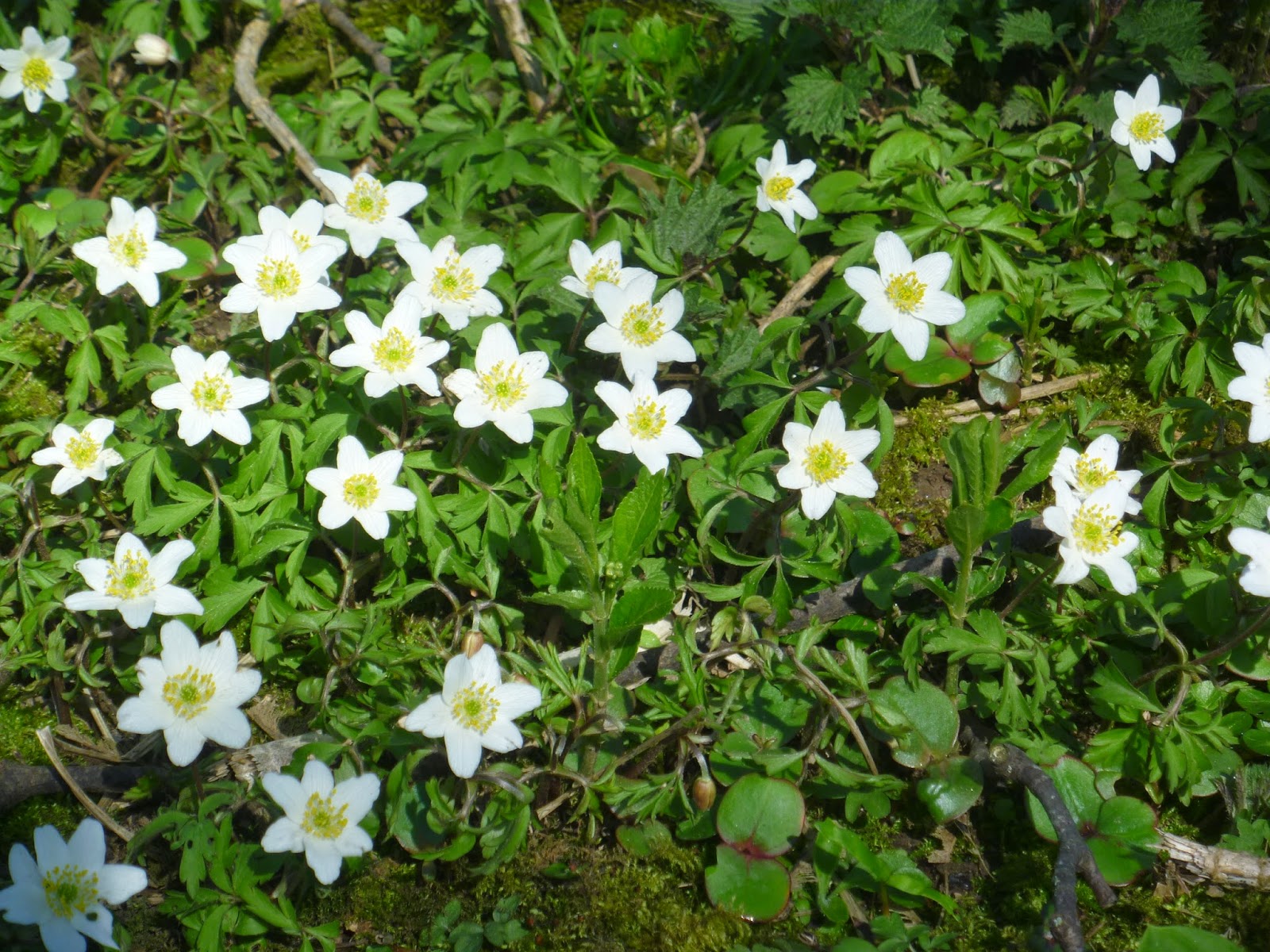 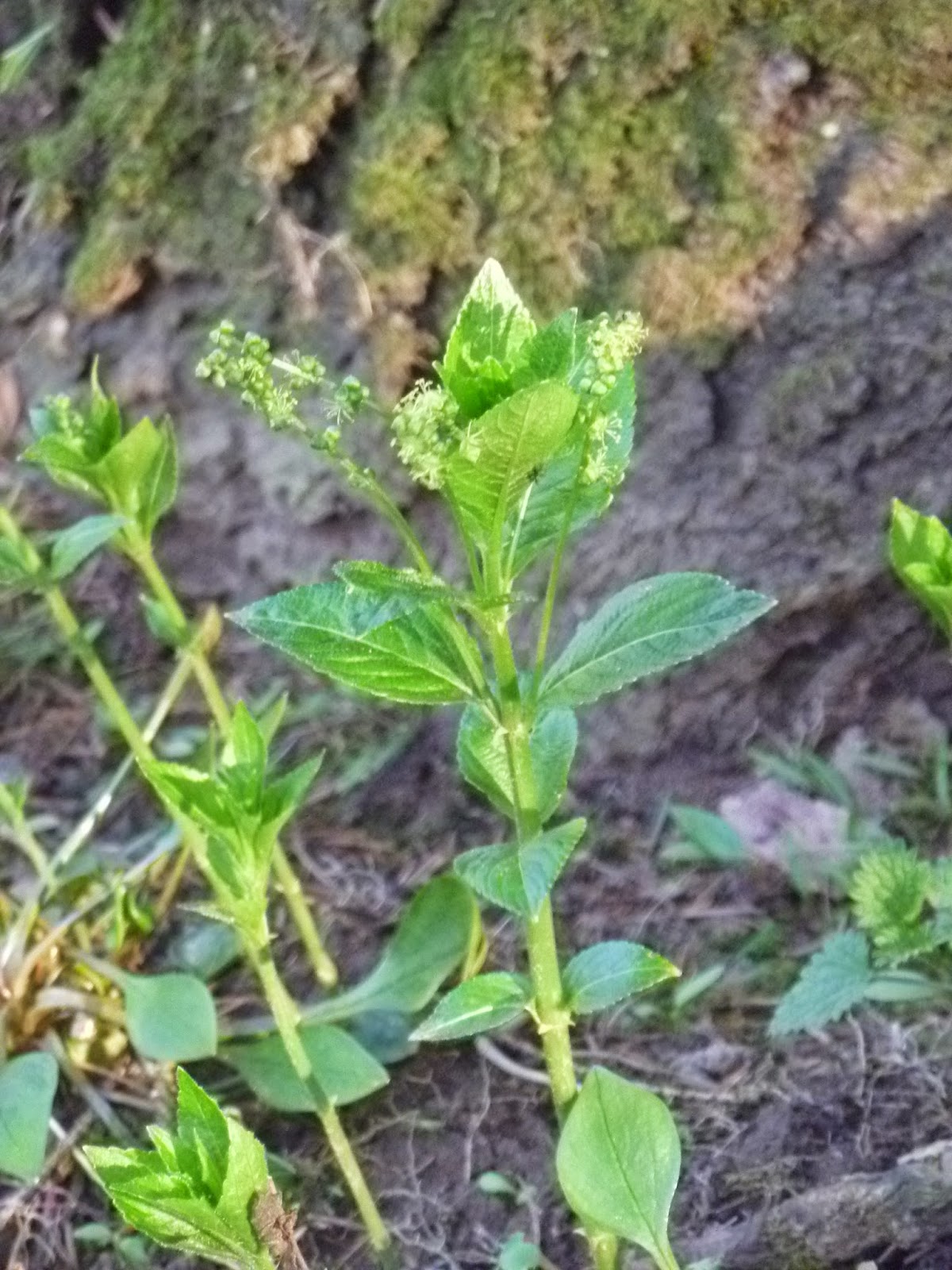 Wood anemone and dogs mercury are both indicators of ancient woodland, showing that this stretch of  riverbank has been covered in woodland for centuries. The wood sedge is also out at the moment, though this photo isn't particularly good. 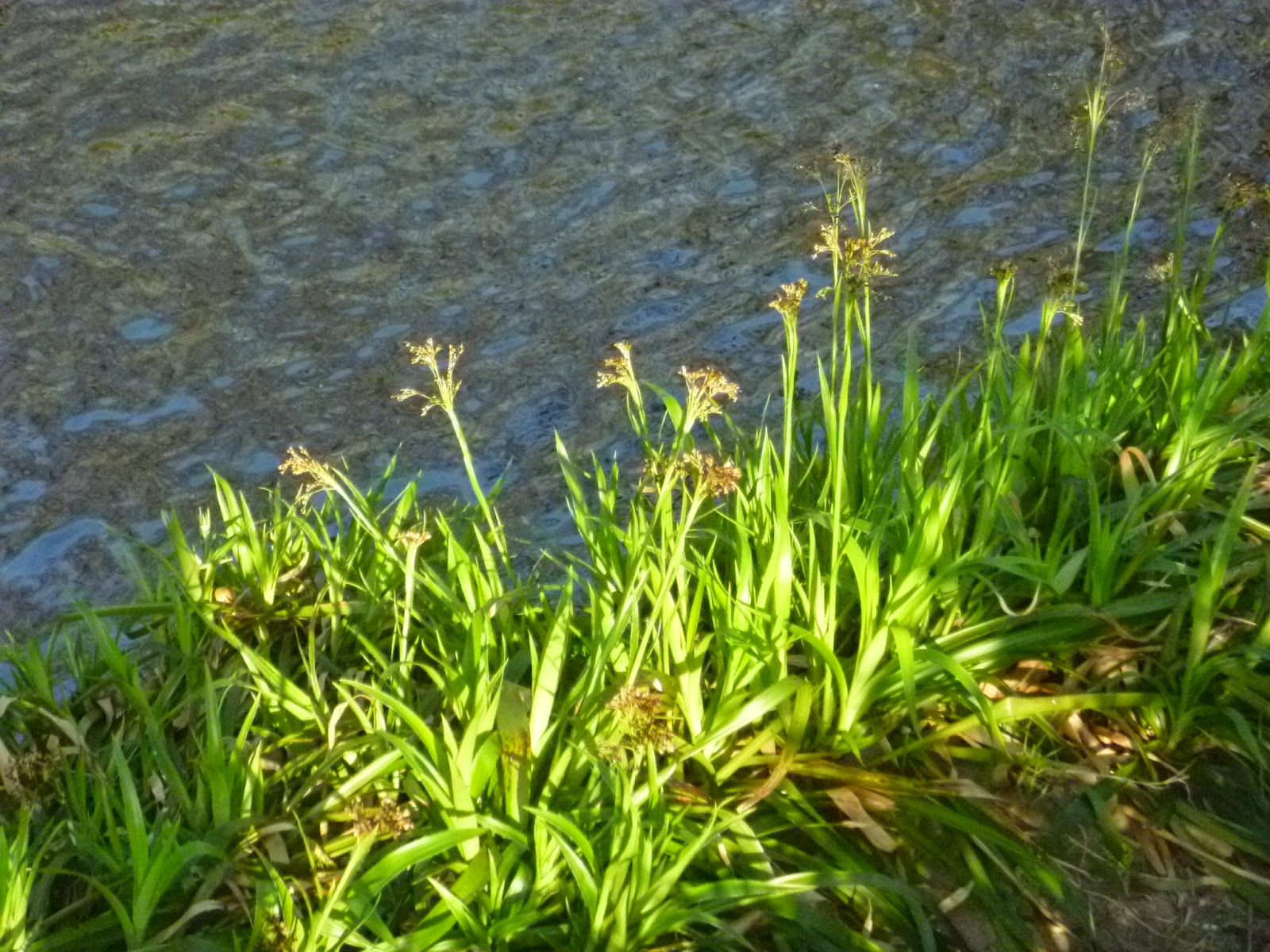 I was intrigued by the ash buds, which are just starting to emerge and look really odd at the moment 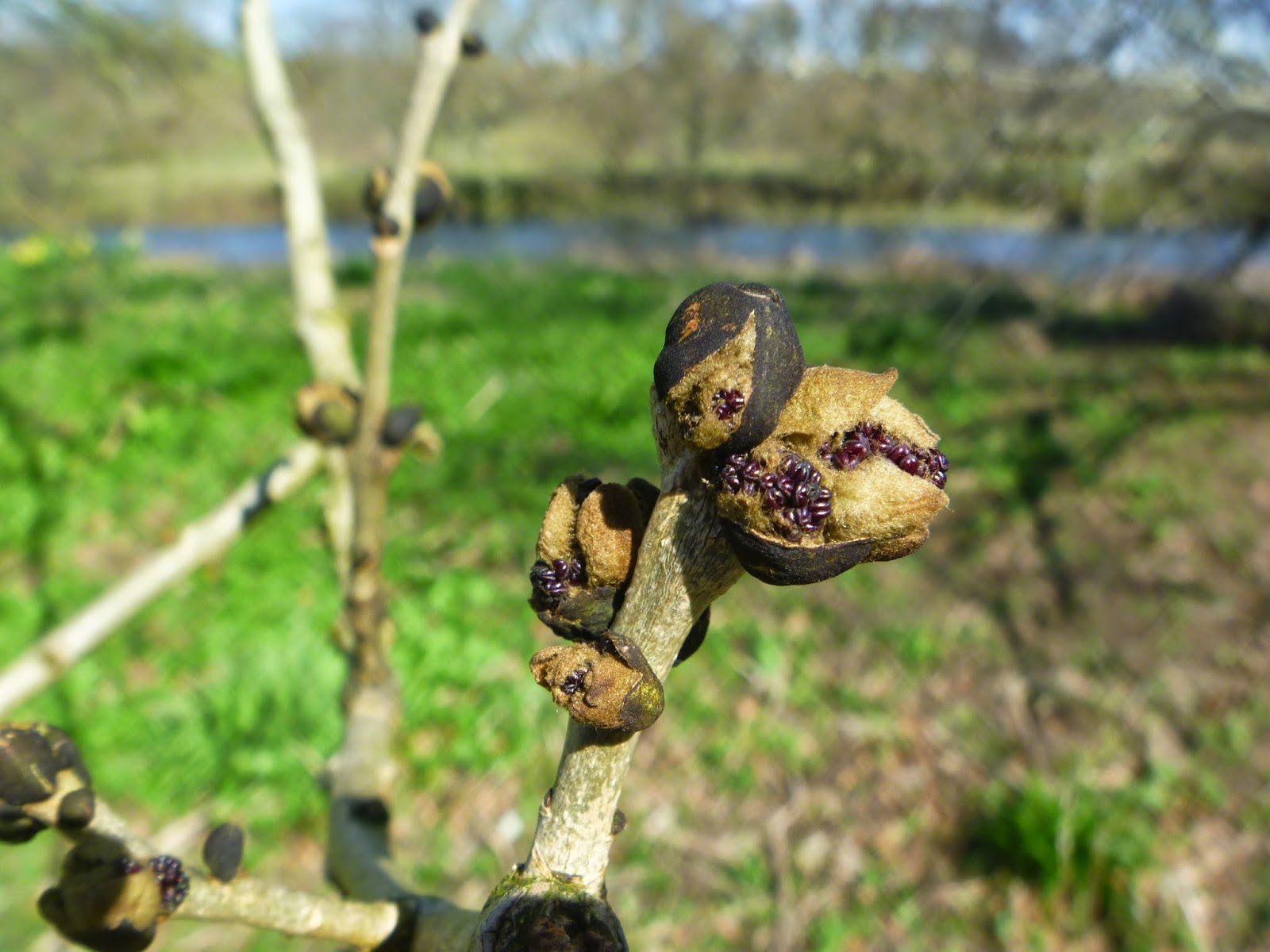 The hotel grounds are also full of wildlife. There were several oystercatchers around, we suspect they were preparing to nest on the rocky shores 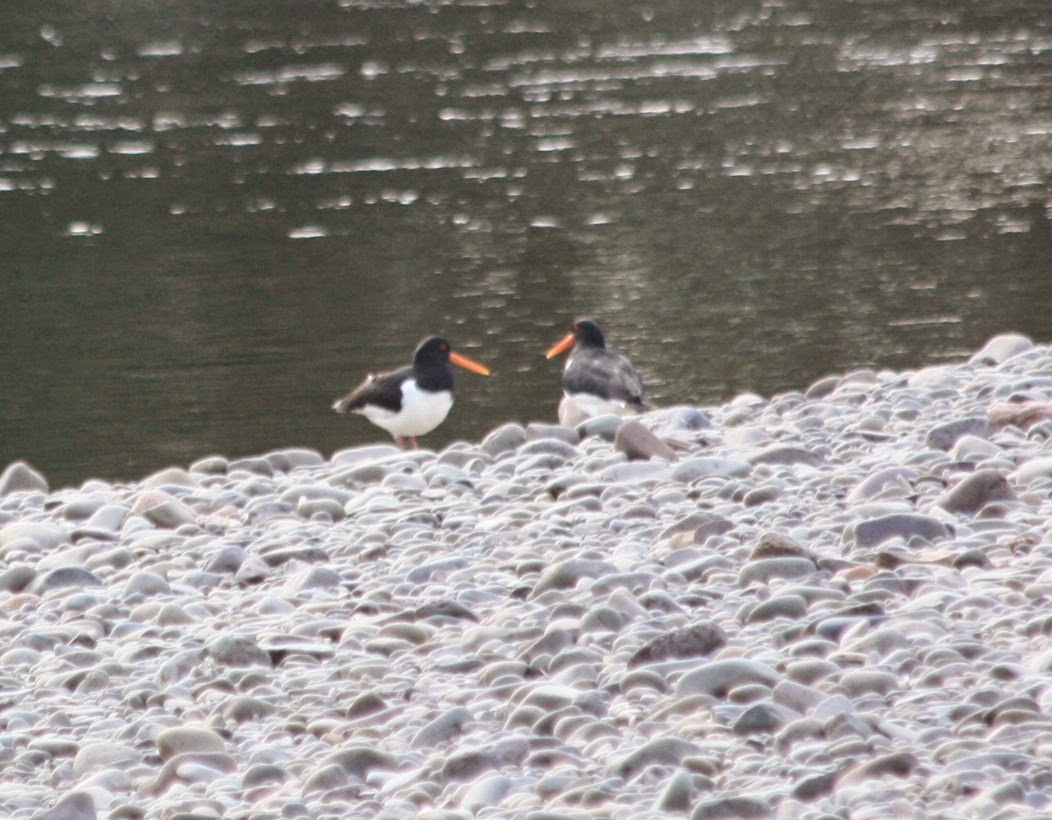 Other river birds included goosanders and grey wagtails, but no kingfisher for us this year. The trees were full of birds, including nuthatches (the first time we've seen them here), long tailed tits and tree creepers.

We saw a red squirrel but also a grey squirrel. The greys are just moving into the area and could be bad news for the reds. (The reds are the native British squirrel and are often out competed by the larger, bolder grey, also the grey squirrel carries squirrel pox which can be fatal for the reds, though the greys are immune to it.

We saw several peacock butterflies, this one feeding on butterbur. 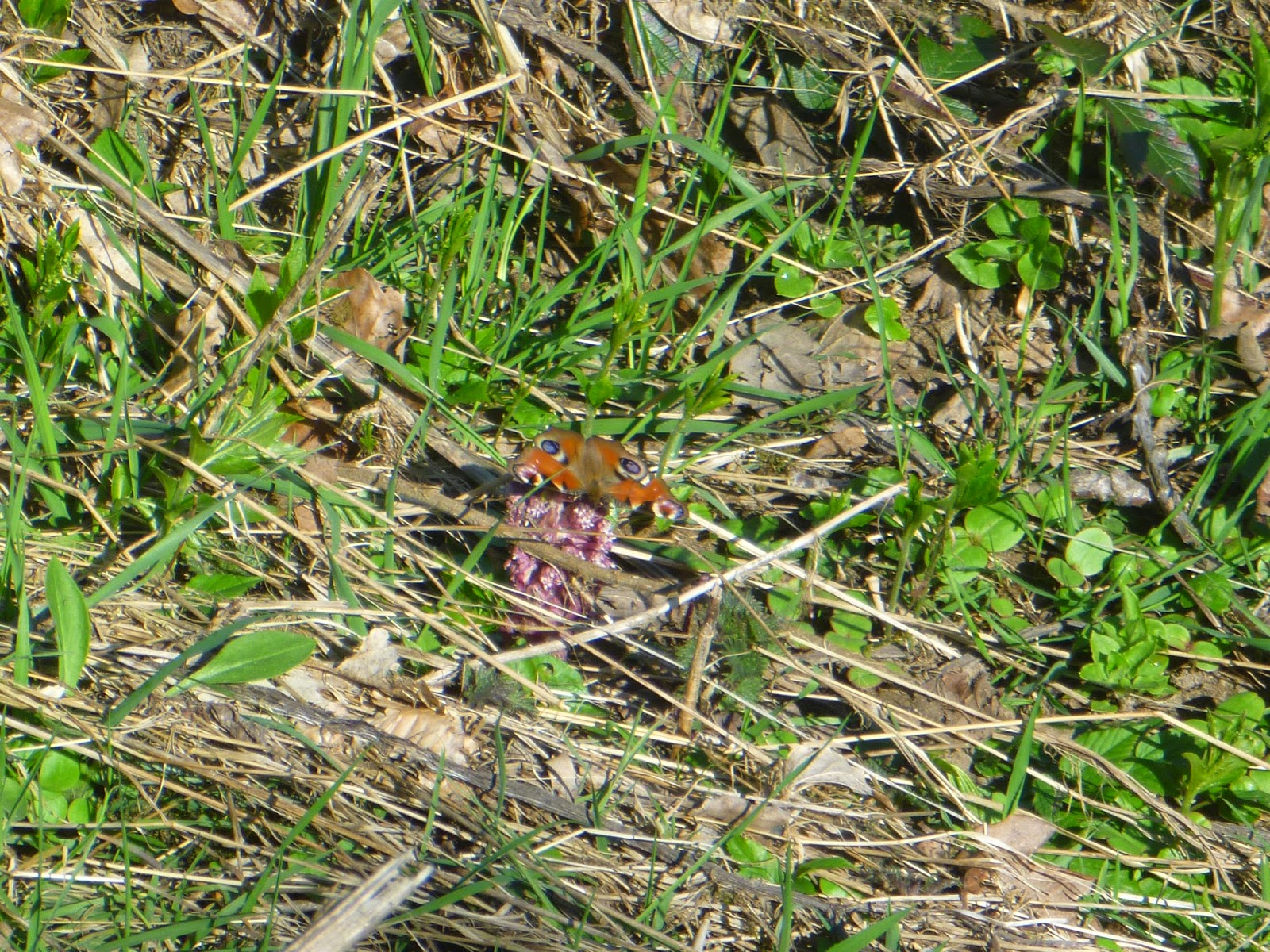 We sat by the river in the evenings and watched pipistrelle bats flying around and we saw a tawny owl fly across one evening. In the middle of the night, I heard what I think was a barn owl....

As ever, red text contains hyperlinks that take you to other pages where you can find out more.

Crafted by Crafty Green Poet at 10:01 am

Lovely images from your trip! The hotel and grounds look lovely. I would like the river walk. Great sighting and photo of the Oystercatchers.. Sounds like the wildlife is awesome there too. Happy weekend!

Your pictures make me feel so relaxed.