Union Canal - a festival and lots of ducklings

After seeing My Name is Salt (a beautiful film, which I review here) this morning at the Edinburgh International Film Festival, I joined Crafty Green Boyfriend to go to the Edinburgh Canal Festival. There were plenty of stalls from local crafters and charities, various rafts made from a variety of materials all lined up for the annual raft race and several barges offering free boat trips. The queue for the free trips was very long, so instead of waiting we walked along the towpath, keeping our eyes and ears open for passing cyclists and wildlife.

Lots of mallards on the water. Three families in fact as well as several adult males hanging out by themselves. This family were enjoying a communal bathing session: 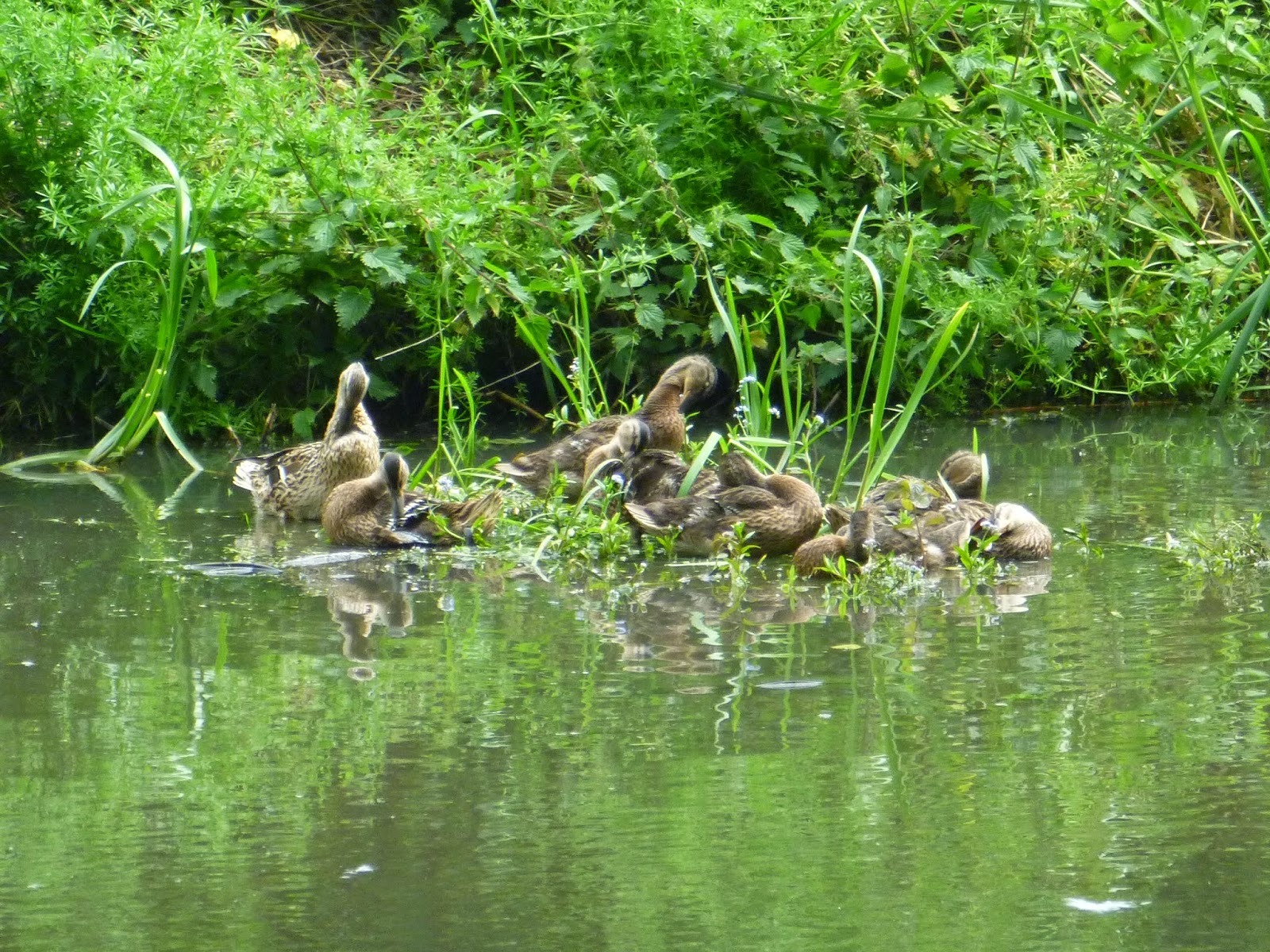 This family can be considered very lucky as six ducklings have almost reached adulthood. Further along the canal we saw a mallard mother with three small ducklings (so she must have lost a couple at least) and then we saw a mallard mother with ten tiny ducklings, which must have just hatched yesterday at the earliest. We stopped to watch them, smiling as some of the youngsters got left behind a little bit then speeded along the water to catch up with the rest of the family. Then suddenly, out of nowhere, a herring gull swooped down and there were then only nine little tiny ducklings. It's all part of nature of course, but it's upsetting when you see it.

Elsewhere in amongst a hedge, there was a family of greenfinches, with three noisy youngsters hopping round after the parent, begging for food. Lots of house sparrows too (which for all they're declining rapidly in the UK as a whole, seem to thrive along the canal) and a fmily of magpies, with two or three very noisy youngsters.

The banks of the canal are lined with flowers at the moment, including the beautiful tufted vetch: 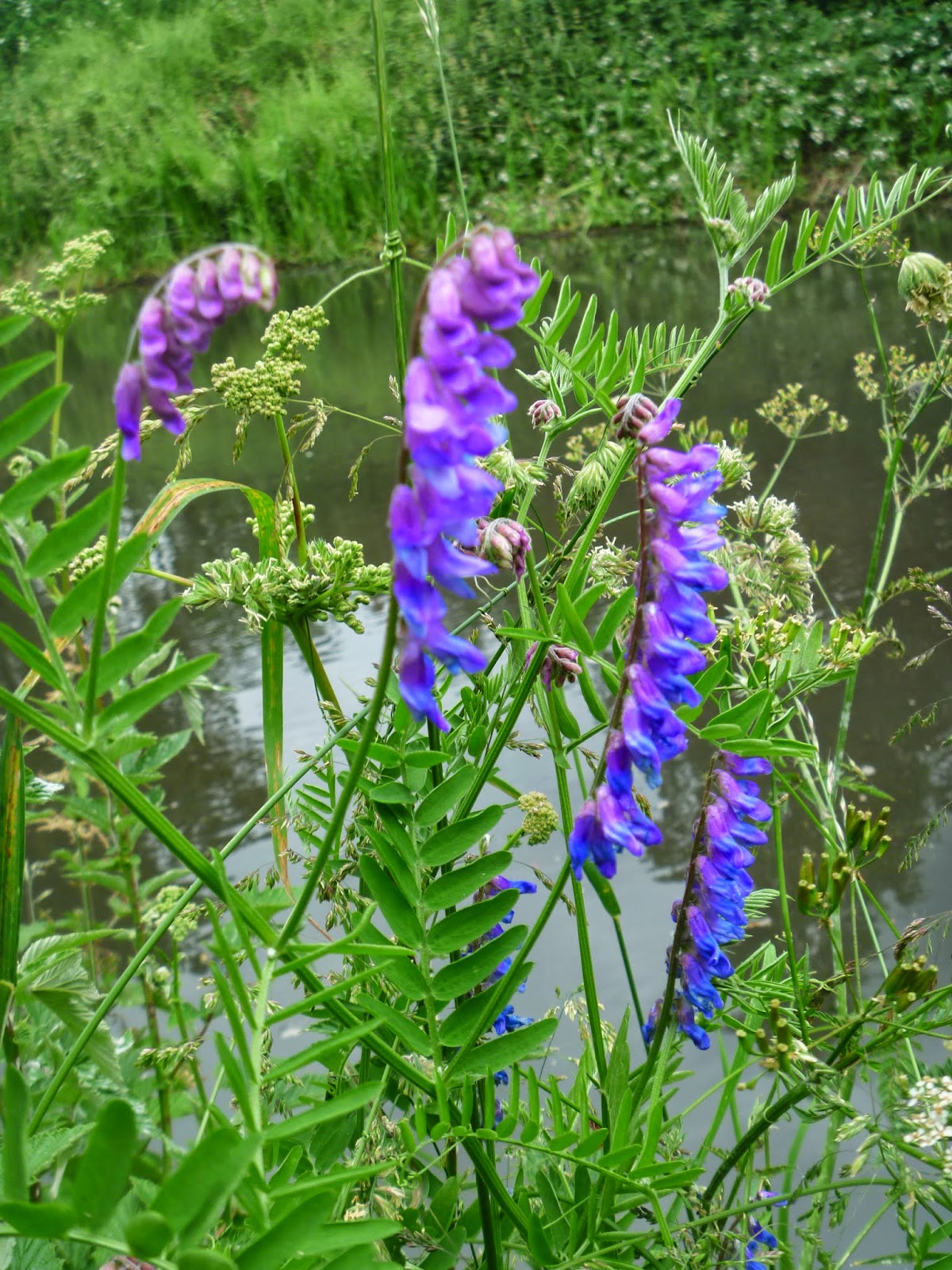 ***
A reminder that I'm running a blog giveaway to win a pdf of my book Bougainvillea Dancing, poetry, prose and photos inspired by Malawi. Find out more and enter here.

pretty area! hope the ducklings can continue to survive!

Nature is a hard mother. We lost four swallow chicks this week.

The tufted vetch is such a beautiful colour!

I wonder if adult ducks go SQUEE when they see human babies? It would probably sound more like "SQUACK!!" :)

The photo of the communal bathing session is awesome. And I'd say it was definitely upsetting to see the herring gull snatch one of the ducklings like that. Part of nature yes, but still tough to see when it happens.

Cute shot of the duck family, I hope they all make it.. The flowers are lovely. Sounds like you had a nice outing.. Happy Sunday!