On Saturday we had a lovely walk round Warriston Cemetery, so I could show Crafty Green Boyfriend around (he's not visited that cemetery for years!). We met a very cheeky Grey Squirrel, which looked as though it was practising posing for when the BBC Winterwatch cameras visit over the next two weeks. 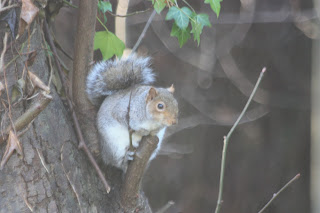 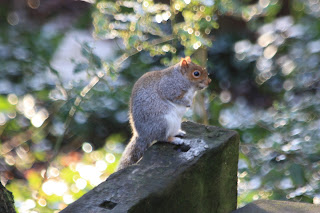 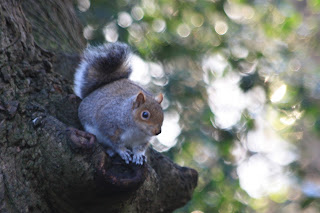 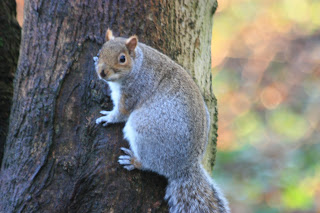 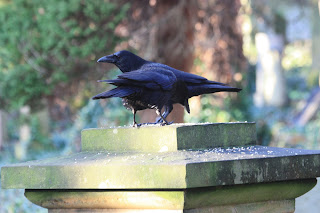 If you look carefully at the wings of the crow to the left below, you can see hints of blue and green in the feathers! The feathers are iridescent and in the right light show colours other than black. 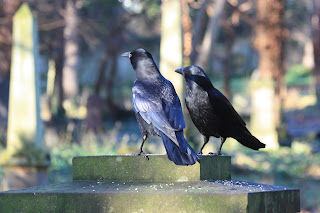 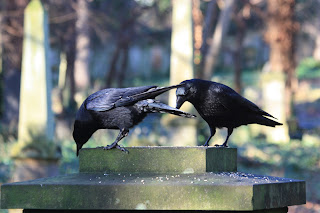 Looking more closely at some of the gravestones, we found an interesting array of invertebrates, including lots of ladybirds (there are Pine Ladybirds and Harlequins in the photo below, with a ladybird larva at the bottom of the photo) 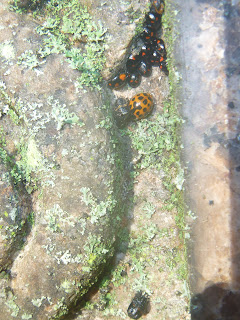 We're very pleased that the invertebrates of the cemetery will feature in a segment of this year's Winterwatch! Ashleigh Whiffin, Entomology Curator of the National Museum of Scotland, will be highlighting some of the many interesting creatures to be found!
Crafted by Crafty Green Poet at 9:30 am

That appears to be a healthy squirrel. Crows may not be the best looking birds, but they can be a joy to watch.

Your squirrels are as chonky as ours!

Cemeteries are great places to visit! No crowds. Critters. What's not to love?!

Simon - yes this one is particularly chubby!