I did originally intend to include photos from Gorgie City Farm in yesterday's blogpost, but got distracted, so here are the photos now!

Gorgie City Farm has been around for as long as I've been in Edinburgh, but has been under the management of LOVE Gorgie Farm for the past few years after the original management went under.

The new management have brought in some new animals, including these alpacas 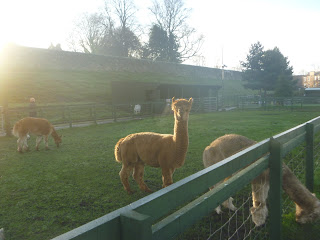 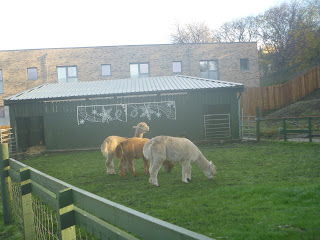 and these Vallois black faced sheep 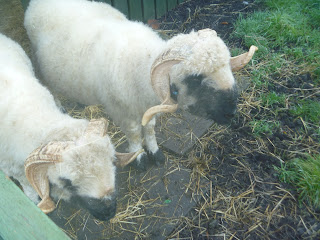 Olive, a duck who used to live on the farm, who famously once met Queen Elizabeth II (read more about her in this blogpost) now has a grave marker 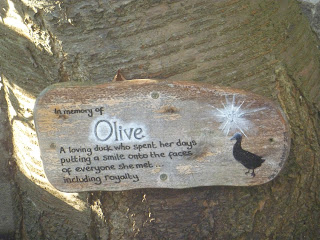 and a path named after her 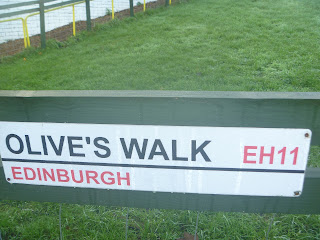 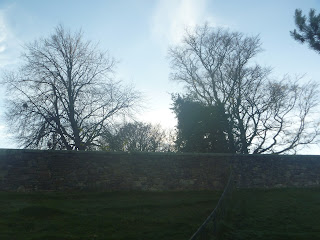 We ended our trip with a cup of tea and a slice of cake in the cafe and were amused by this notice outside the cafe: 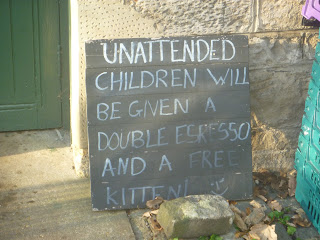 Email ThisBlogThis!Share to TwitterShare to FacebookShare to Pinterest
Thinking about: Gorgie City Farm, In and around Edinburgh, photos

What an enjoyable visit to Gorgie City Farm, thank you for sharing these photographs.

Such fun photo-worthy animals at this beautiful farm. I'm going back to your link for Olive who obviously led a pretty interesting life.