This week, I continued my wildlife survey of Edinburgh's cemeteries by visiting two cemeteries outside the centre of the city. On Monday I visited Morningside cemetery. 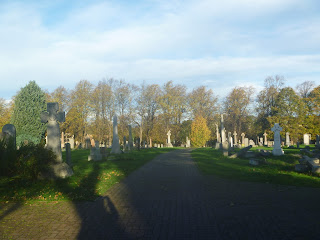 This is a wide open cemetery, with some lovely trees, including some beautiful silver birches, which look particularly fine at the moment 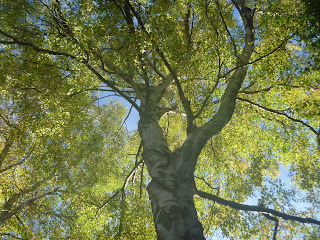 This is a cemetery that is rich in fungi at this time of the year, including this collared earthstar 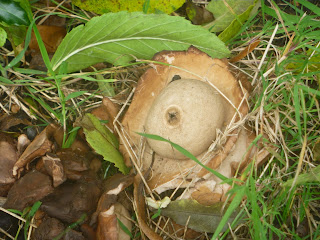 and this, which after a bit of research, I found out is a parrot waxcap - I never realised before that they could be so green! 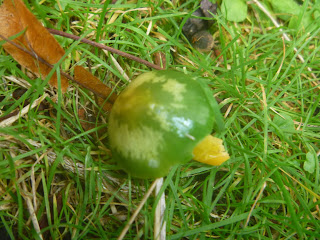 In fact Morningside Cemetery has so many waxcaps, like the snowy waxcap and yellow waxcap below - that it woulc almost be considered to be a waxcap grassland. Plantlife (the charity for plants and fungi in the UK) is currently running Waxcap Watch, which encourages people to get involved in recording these amazing fungi.

As in many cemeteries in Edinburgh, ladybirds gather here to hibernate, choosing the gravestones under trees. These orange ladybirds look very cosy 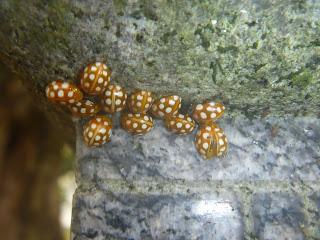 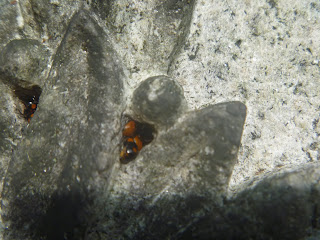 On Thursday I continued my survey by visiting Comely Bank Cemetery, near the city's Western General Hospital. This cemetery has a good number of mature trees 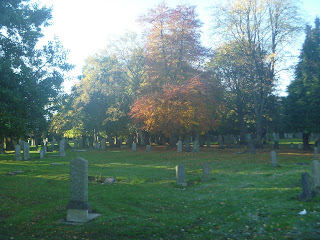 and a good variety of  of fungi including these puff balls 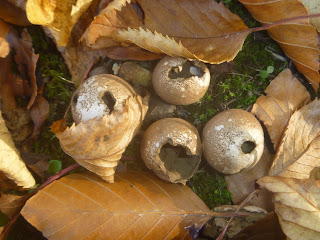 and these parrot waxcaps 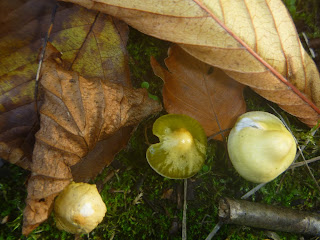 There were ladybirds and other invertebrates on many of the gravestones, including this rotund harvestman (that's my own translation of its scientific name Leiobunum rotundum, I'm not sure whether it actually has a common name) 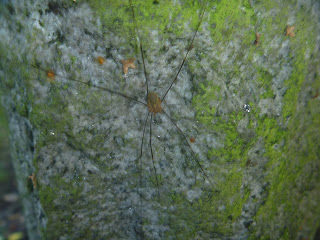 Crafted by Crafty Green Poet at 10:23 am

Thank you for sharing the beautiful wildlife and flora of Scotland. Your cemetery visits are fascinating.