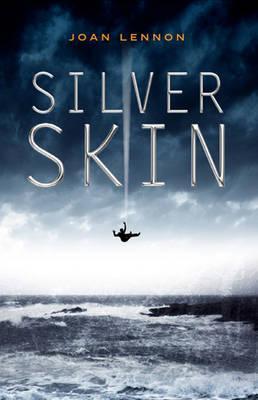 The Stone Age is coming to an end in Skara Brae, Orkney. The sun is dying, the weather is increasingly stormy, and the villagers fear the end of the world.

Rab is on a study trip from the far distant future and lands on the Orkney beach wearing the remains of his damaged Silver Skin time travelling suit. Voy, the village wise woman imagines Rab to be a selkie (a mythical creature that lives as a seal but can remove its seal skin and take on human form). Cait however had seen Rab fall from the sky and doubts he is a selkie at all, but what is he?

What follows is a story of how Rab learns about how our ancestors lived while getting much more involved in the life of the village than he should be doing on an official time travelling study trip.

This is a beautifully written novel, full of engaging characters and with a strong narrative drive. It's marketed as a Young Adult novel, but I wasn't aware of that until I started writing this review!

It sounds as if the author has a vivid imagination and that this could be a fun book.

Thanks for the review, it sounds an interesting novel.