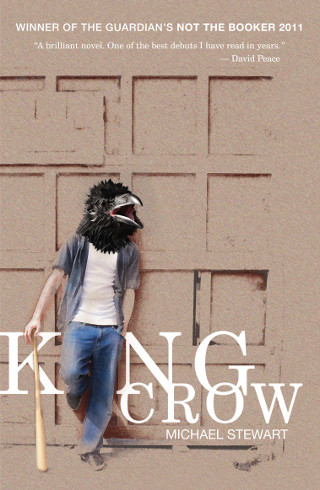 Paul is an outsider, obsessed with birds. He watches birds all the time and constantly compares birds to humans and vice versa:

'People often overlook the starling. I  think that's a shame. Just because they're common, doesn't mean they aren't fascinating. What I like more than anything else is their sociability. This can often be mistaken for aggression, but I reckon one goes with the other - you see people piling out of the Brown Cow on Friday evenings and you'll know what I mean.'

Ashley is everything that Paul isn't, tough and good looking, and inexplicably happy to make friends with Paul. When the two get into trouble, they leave home in Salford and head off to the hills of the Lake District. Paul wants to find ravens, Ashley wants to disappear.

Along the way they meet Becky and the three explore the Lakes together, though definitely not taking the tourist route.

There are many reasons why I love this book - the setting (Salford being close to where I grew up and the Lake District being a favourite place), the writing (Stewart creates a very convincing voice for Paul), and of course the birds. I also really enjoyed Paul's journey to self discovery.

This is Michael Stewart's debut novel.

If you like quirky novels about birdwatchers, you might also like Pelican Blood by Chris Freddi, which I reviewed here).or An English Guide to Birdwatching by Nicholas Royle, which I review here).

I've never thought of starlings as people falling out of the pub on a Saturday night. I've always thought of them as parts of a harmonious whole. I'll watch them more closely in future. My favourite bird the lark. My heart rises when I hear them singing above.

Hi Gwil - starlings flying in murmurations are definitely a harmonious whole, starlings chattering and running round on a field are much more like people falling out of a pub!

Gwil - I love larks too