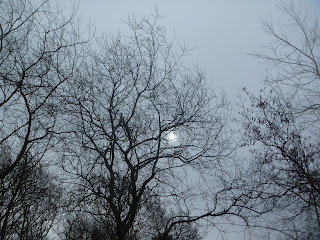 This year for International Day of Forests the theme is Urban Forests and Sustainable Cities. The urban forest includes all the trees in a city, street trees, those found in parkland and in private gardens.

In the UK urban forests have made it into the news a lot recently, given the shocking fact that Sheffield (once known as a very green city) has been destroying many of its street trees. Gone or threatened are historic avenues of lime trees, monuments to those fallen in the wars and a rare elm tree that is resistant to Dutch elm disease and home to a very rare butterfly. As if this isn't bad enough, those people who have been protesting the tree fellings havebeen treated as criminals, charged in the courts or in some cases injured when police have attacked them in the streets.

It's not just Sheffield though. Edinburgh City Council recently removed all the beautiful trees from Picardy Place so they can improve the traffic flow - the trees were removed almost overnight and with barely enough time for the ink to dry on the so called consultation on the traffic measures. The beautiful trees around Meadowbank Stadium have a very uncertain future under plans to modernise the stadium and use 'excess land' for housing and other developments.

Urban trees provide many benefits to urban communities, from cooling the environment and saving energy, to providing health benefits and building resilience against floods and storms. They should be nurtured and celebrated not destroyed for the sake of traffic.

Trees for Cities is the only international charity working to create greener cities.  Since 1993, they have engaged over 70,000 people to plant over 600,000 trees in urban areas.  They plant trees where they will have the greatest social and environmental impact on local people and their communities.  In London for example this might mean planting trees to clean the air while in Nairobi it may mean planting fruit trees for food.

Woodland Trust protects and creates woodland across the UK, some of their woodlands are near or in urban areas.

**
I took the photo at the top of the post in the woodland area at Musselburgh Lagoons today. Coincidentally, my poem Traffic was posted today (which is also World Poetry Day) at Plum Tree Tavern.

**
As ever, red text in this post contains hyperlinks that take you to other websites where you can find out more.

In Salzburg some bigshot removed a whole avenue of protected trees literally overnight. This is known as a Nacht und Nebel Aktion - a foggy night event! There's was a big fuss on the news but after a few days the story was dead and since then we've heard nothing more. It's aways the same. It's good that you flag it up!

I'm surprised the Picardy Place Tree didn't have PTOs and if they did what happened? Urban Trees really need our support to make our towns and cities habitable. Do we need to designate Special Sites of Arboreal Interest in Cities To make it as difficult as possible for Councils to do the dirty on our precious trees!?

Hi Gwil, it's very much the same here, specially in Sheffield at the moment

Jamie- I would have thought they would have been protected too. It was very underhand