Lichens and Birds at Linlithgow Loch

We always take a trip to Linlithgow in West Lothian at this time of year in the hopes of seeing the great  crested grebes performing their courtship displays. It's tricky to know when exactly is the best time to visit and it depends on the weather and probably other factors. Our best sightings were back in March 2013 (see this post).

Today for some reason there were a lot of anglers on the loch, but we were still able to see a couple of pairs of grebes doing part of their courtship dance. 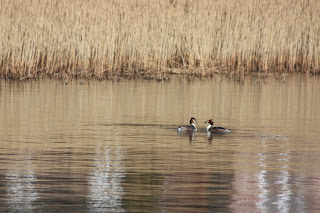 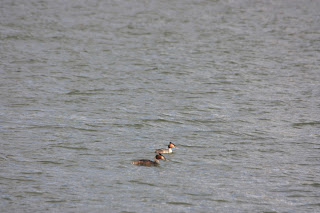 We didn't see either of the males picking pondweed to give to the female, nor did we see either pair running together over the water.....

As well as the grebes we saw several coots on the loch, including this pair who were fighting quite viciously 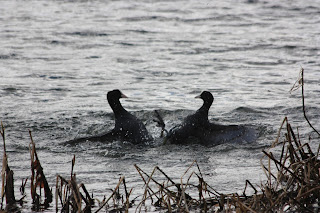 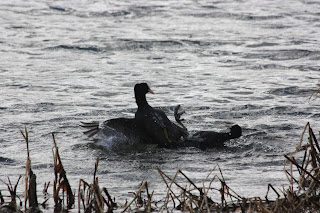 They were then joined by a third angry coot 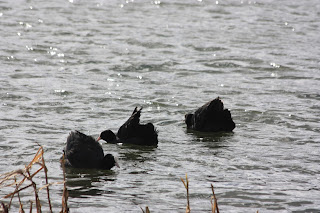 Linlithgow Loch is surrounded by a path which is in many places lined with trees. After Thursday's Lichen Safari at the Edinburgh Botanic Gardens (see this post) I was particularly interested to look closely at the lichens on the trees. I had my hand lens with me so I could look in more detail at the fruiting bodies (which you can't see clearly in these photos). 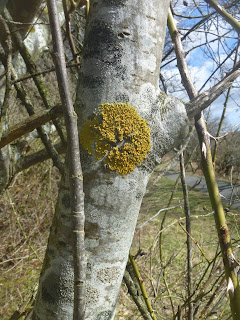 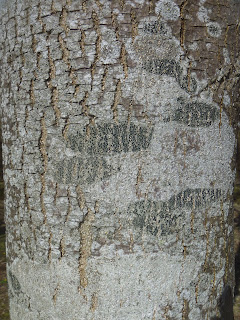 My favourite tree near Linlithgow Loch is this alder tree 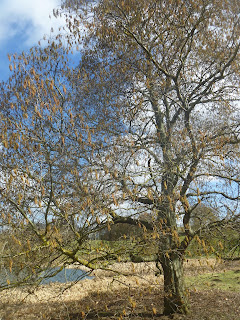 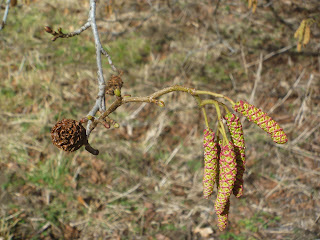 It's also home to a lot of Xanthoria pariatina lichen,which is one of the easiest lichens to identify and in the photo below you can see the little cup shaped fruiting bodies. 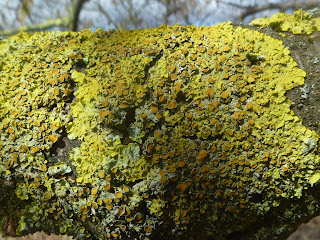 I find lichens fascinating, but for long tailed tits they form an essential element of their nests. Today, we saw two pairs of long tailed tits building nests very close to the path! Crafty Green Boyfriend made a great job of photographing this long tailed tit collecting lichens (click on the photo to enlarge it and you'll see the lichen in the bird's beak!). 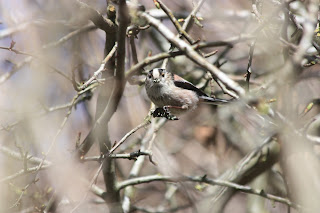 Long tailed tits build wonderful nests from lichens, mosses and spiders webs. Today was the third or fourth time I've had close views of these lovely birds making their nests.

If you're in Edinburgh and want to find out more about lichens, the Edinburgh Botanic Gardens are holding the third of their Lichen Safari Walks next Thursday, you can find the details here (link takes you to Facebook).
Crafted by Crafty Green Poet at 6:09 pm

Coots really get angry and go for it, I've seen one fly the length of a local lake to have a go at another one!

The birds seem to know what they want!

What a beautiful spot! It would be amazing to see the grebe courtship display! (I love the grebes we see -- they carry their babies on their back!). The lichen is beautiful. I've seen coots often, but did not know they fought like that. How interesting.