Surveying Plants along the Water of Leith

I've joined a team of volunteers who will be surveying the plants along the Water of Leith downstream from the Water of Leith Conservation Trust Visitor Centre. This is to update the information held from the previous plant survey made ten years ago. Last year I updated the plant survey information for Colinton and Craiglockart Dells (just upstream of the Visitor Centre and the patch I patrol most weeks). This year my patch is the area running from the visitor centre up to Saughton Park (though not including the park as it is currently being restored and remodelled).

We're concentrating on trees and wild flowers,  though we include whatever else we can! (I particularly record fungi and ferns). 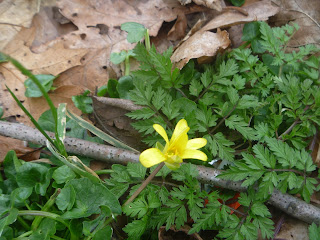 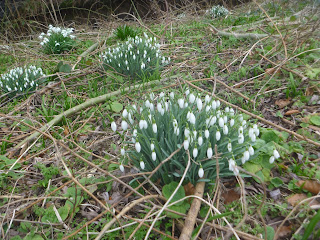 and the first crocuses of the year 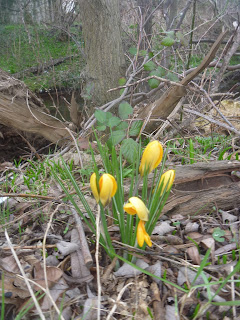 There were plenty of birds around too, including several goosanders 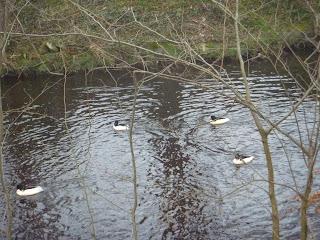 and this carrion crow, which is either a hybrid with a hooded crow (and there are a few such hybrids around here, with differing plumage patterns) or partially leucistic. 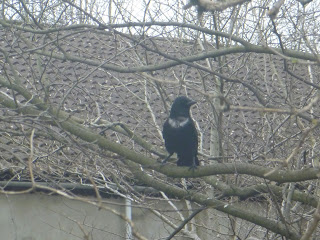 Finally I took this photo from near the bus stop, 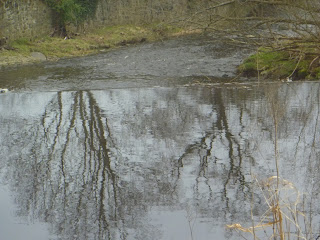 I look forward to seeing the changing plantlife of the area over the next year!

Is it essentially a species list? Or a more thorough survey showing how much of various things? Either way, such useful information for planning, response to issues, education, fun!, and probably lots else.

Hi Rabbits Guy -it's mostly a species list. I would be keen for it be show abundance of different species, certainly in the case of species that are increasing or decreasing but we're only officially going to be doing that for invasive species

Lovely to see the yellow flowers this time of year! (I really miss early spring flowers -- we don't have the sweet, shy ones here in Florida. No typical Spring weather is the tradeoff for not having winter.)

I really admire your love on environmental and conservation issues...Michelle