We've just returned from a few days visiting my parents near Salford, Manchester. We had a lovely few days, but one of the negatives was seeing how much of the greenspace near my parents' house is threatened with development.

I know people need places to live and new houses need to be built but in the centre of the town where my parent's live is a shopping precinct with numerous empty shop units plus a large supermarket whose owners are thinking of selling half their floorspace they're so unsuccessful and what is happening next to this? They're building a huge new area of retail.......

So it seems doubly sad that Hill Top Moss (the highest point in Salford and part of Blackleach Country Park) is threatened by plans to build 60 houses here. Local campaigners feel they are being bribed by promises of a local sports development that would be paid for by the sale of the land. (There's also a rumour that it might not actually be housing that's built there but another supermarket, but that is only a rumour) . 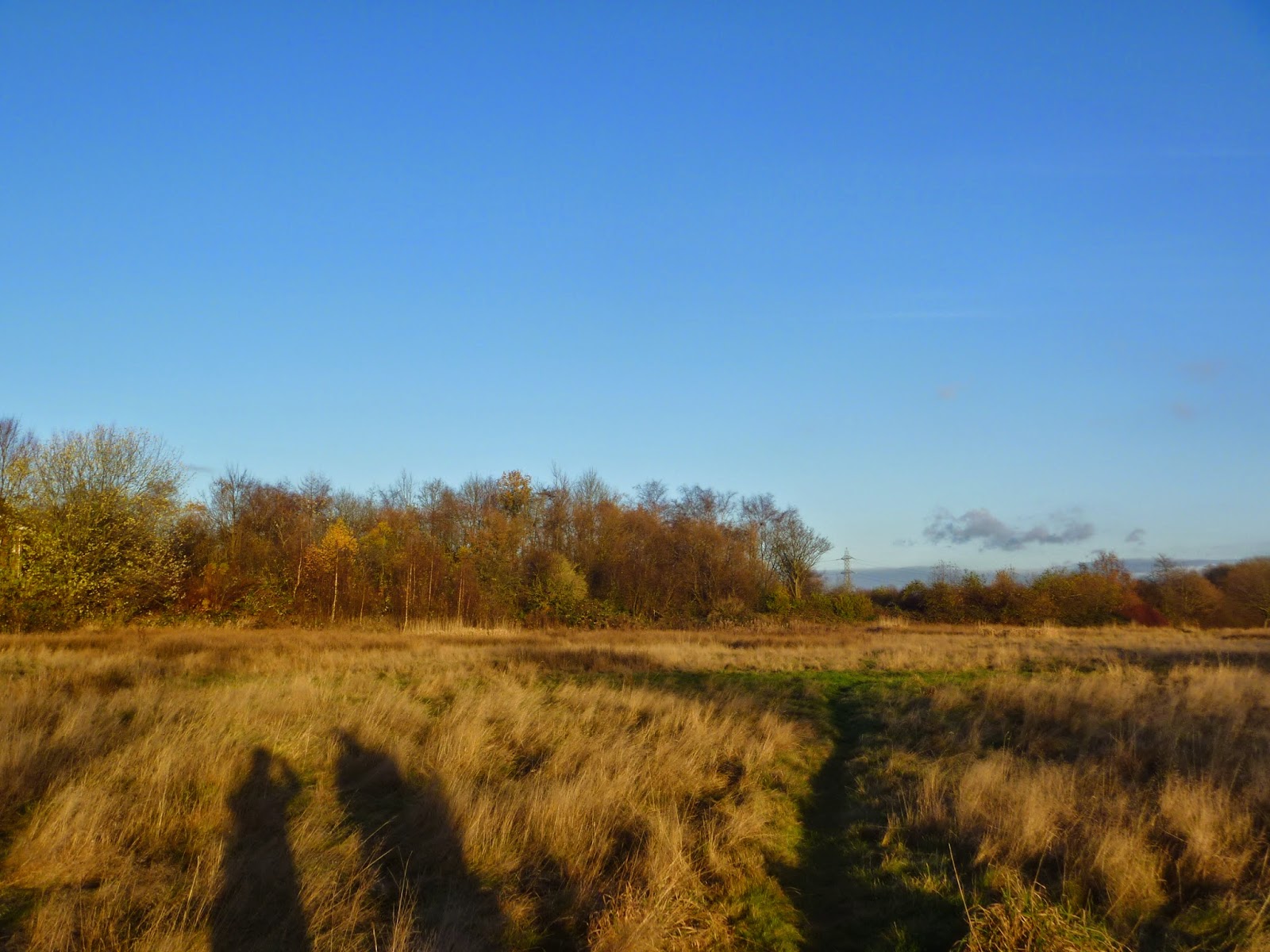 Plus there should be a clue in the name, as a Moss, it's wet ground, prone to flooding and waterlogging, not an ideal place to build anyway..... It's good to see that there's a campaign to prevent this inappropriate development (though there doesn't seem to be a website for it). 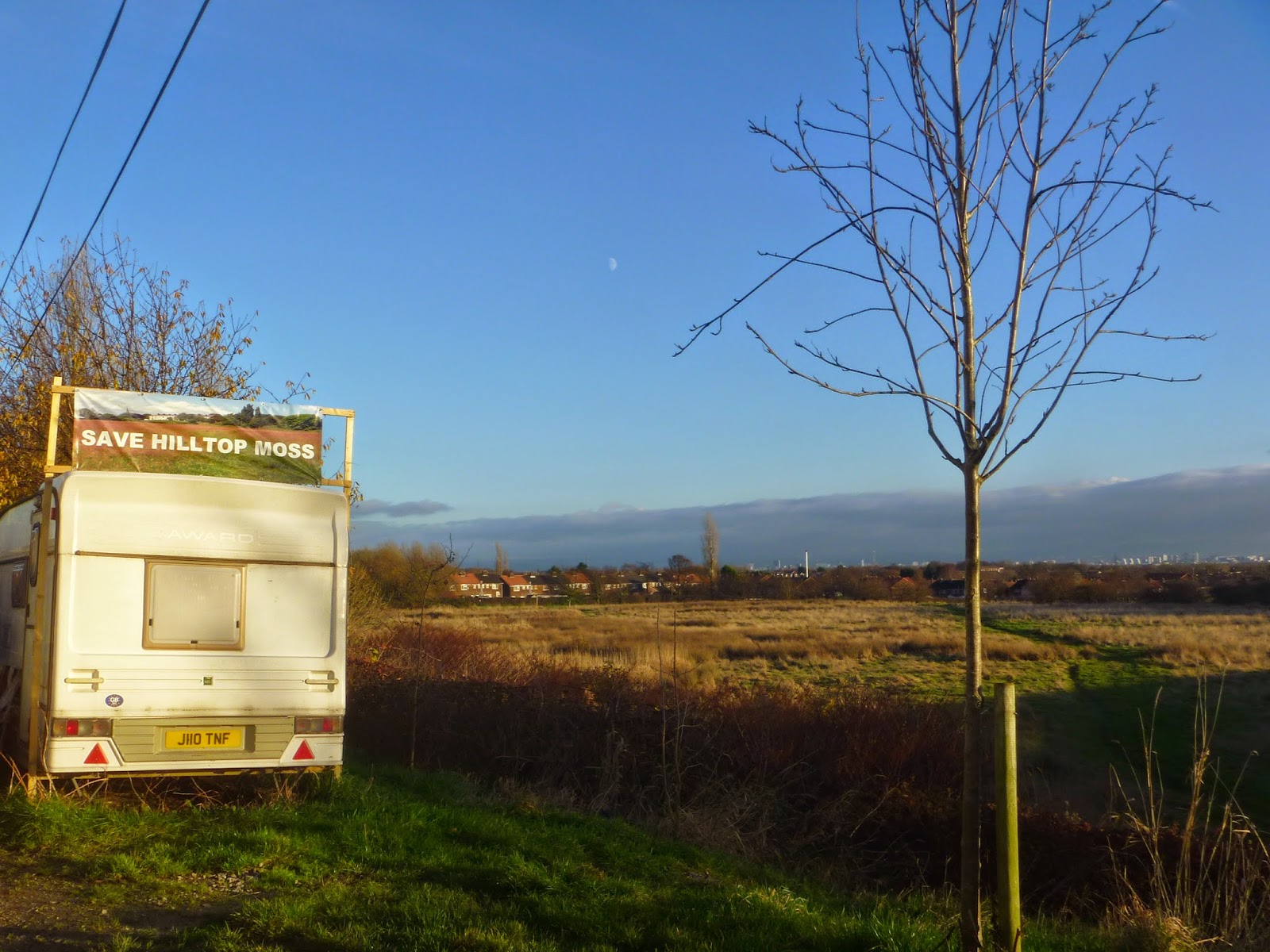 Even the local cats have joined the protest. Fluffy told us that she is opposing the development because it would deprive her of a place to play and hunt voles and mice. 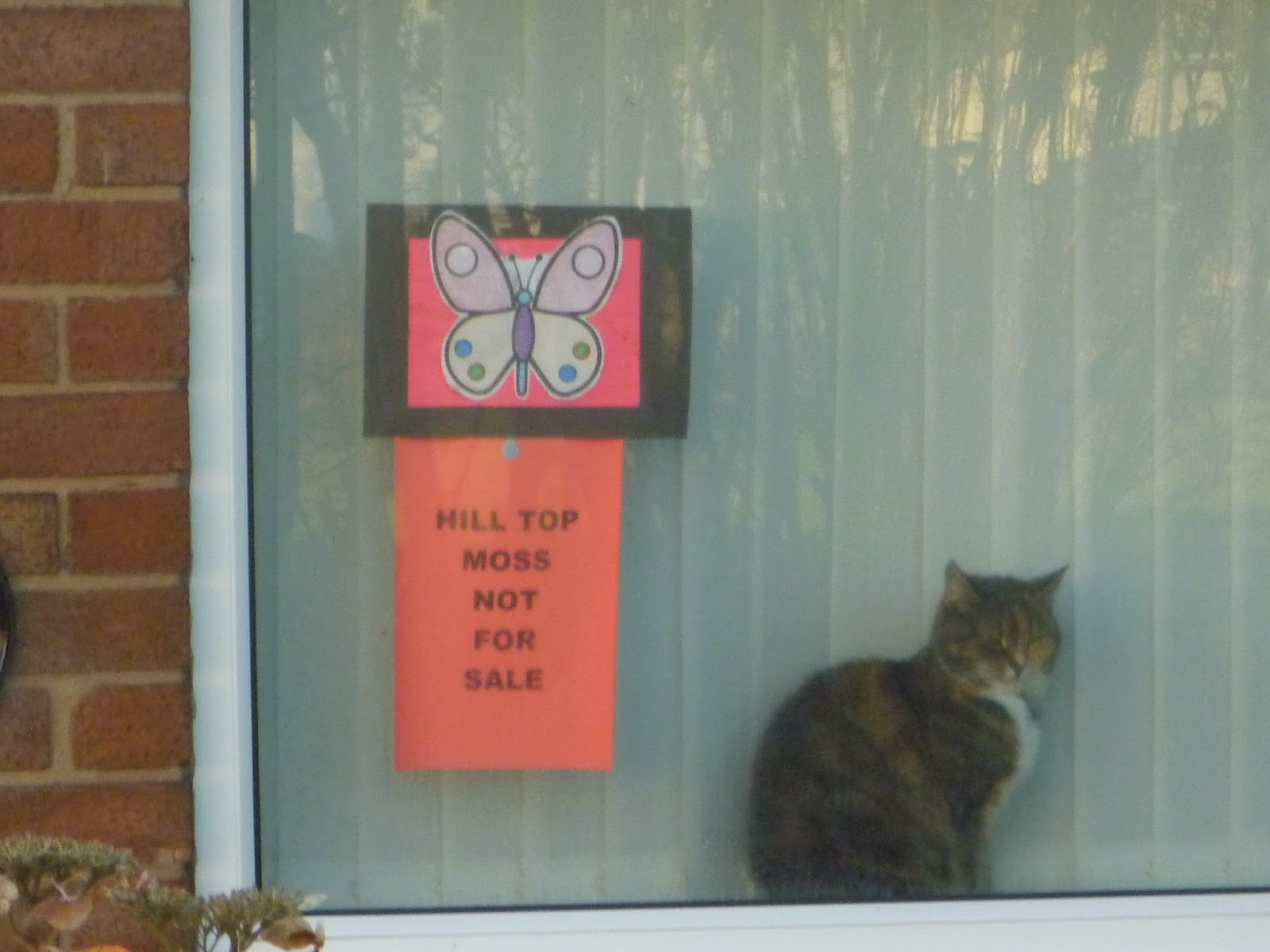 Email ThisBlogThis!Share to TwitterShare to FacebookShare to Pinterest
Thinking about: campaigning, greenbelt

Protesting cats - now this is a cause that we can all get behind if the cats are united :)

I'm really sorry about the news. Glad that the cat at least got to voice its opinion. :-)

I am with the cats!

I'm with Optimistic Existentialist all the way! Lovely portrait of Fluffy ... cats have a way of knowing these things!