Musselburgh Lagoons are best known for the high chances of rare and unusual wading birds passing through in late August and September as passage migrants. At those times of the year the small and uncomfortable hides are often packed full of keen birdwatchers with high powered telescopes and flasks of coffee.

It's quieter at this time of year.

Yesterday, I was alone in the hides, watching this delightful pair of grey partridges, who seem to have decided to nest in the grass near the lagoons. 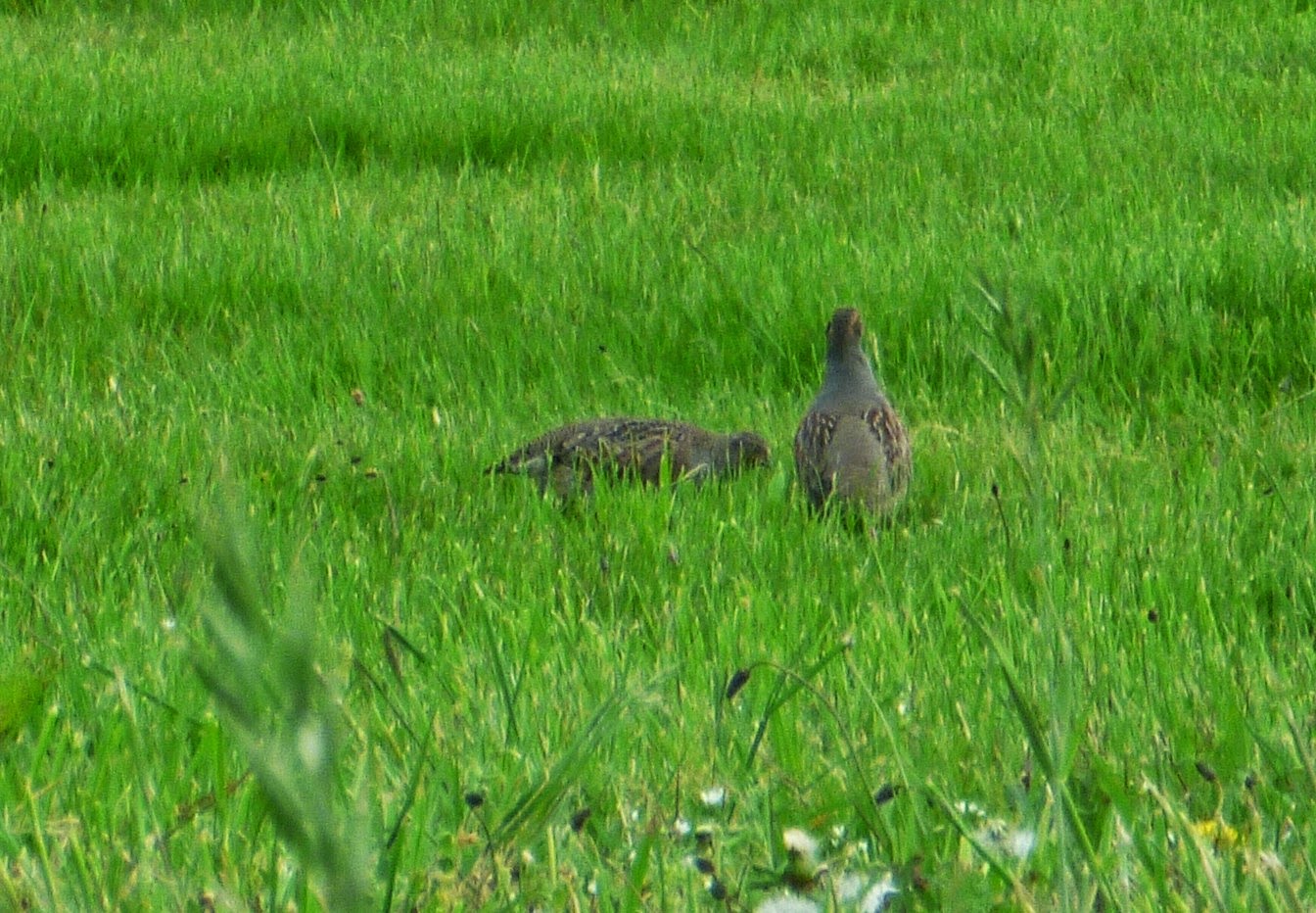 I was captivated by them and how close they came to the hides. I was also delighted to see four gadwall ducks on the water along with a large flock of oystercatchers and three shelducks.

At this time of the year, the area round the Lagoons is vibrant with birdsong - yesterday skylarks were in full voice above the Lagoons and the shrubs and trees around the hides rang with the voices of willow warbler, reed bunting, chiff-chaff and blackcap.

I was also delighted to see a pair of house martins building a nest under the eaves of a building in Musselburgh. They were gathering beakfuls of mud and adding them to the structure of the nest, chattering away to each other as they did it.

It's not just the birds either, last week I took this photo of a hawthorn bush growing over the wall of one of the hides at the Lagoons. 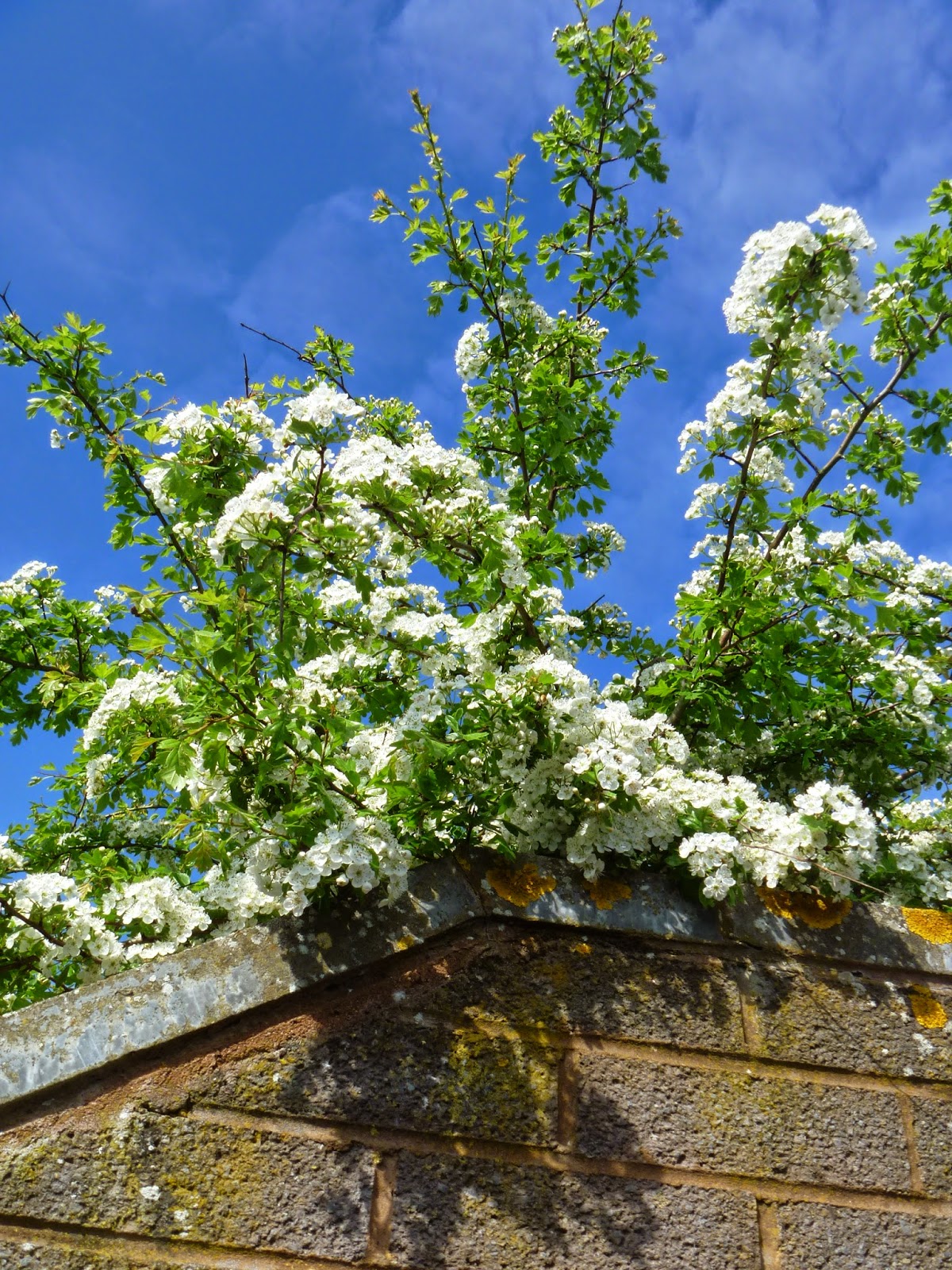 This week, butterflies were fluttering along the paths, including a lovely male orange tip.

****
I'm running a blog giveaway to win a pdf of my book Bougainvillea Dancing, poetry, prose and photos inspired by Malawi. Find out more and enter here.
Crafted by Crafty Green Poet at 11:00 am

Wow, have never seen a partridge. They are quite adorable. Listening to springtime birdsong is one of the top joys of my life.

Wow, Musselburgh Lagoons sounds like a bird-lovers paradise. That would be an amazing place to spend the afternoon :)

That sounds a wonderful place to watch birds and find some peace in a busy world.

I do love seeing birds from around the world. And the Larch tree - that I've only ever read about in stories!
(ツ) from Cottage Country Ontario , ON, Canada!

the partridges are neat to see!

What a full rich day you had! All the wonderful sights and sounds and smells of spring. Our spring was very late this year in New Brunswick, but finally here, it is now sharing itself with abandon. Thanks for sharing your visit to Musselburgh Lagoons.

I remember partridges coming onto the road in Shropshire last summer as I drove down this very narrow country lane. I was ever so careful not to run them over.

What a variety of birds!

sounds like productive bird watching - congrats on your new book!