Four Seasons in One day

Yesterday I visited Craigmillar Castle Park. I was facilitating a creative writing workshop there as part of the Scottish Mental Health Arts Festival. However, as I hadn't visited the park for a long time, I arrived over an hour early so I could do a bit of birdwatching and take some photos of this beautiful historic park.

Craigmillar Castle is probably most famous for Mary Queen of Scots having stayed there briefly. 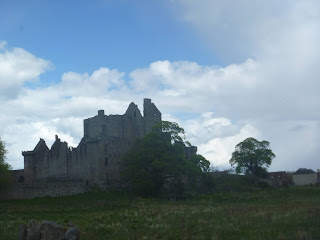 Legend has it that while she stayed there she planted a sycamore in the castle grounds. This tree below may be the one! 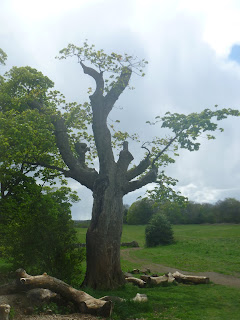 There are some lovely wooded areas to the park 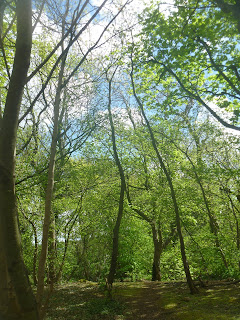 and some wide open spaces 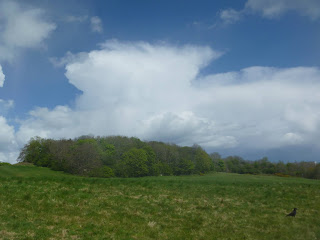 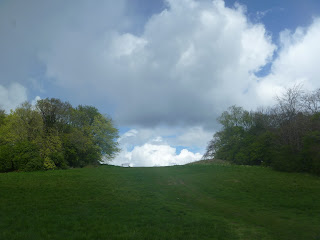 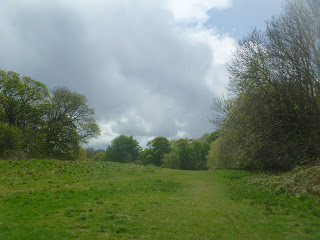 The woodlands are in part carpeted with violets and lesser celandines 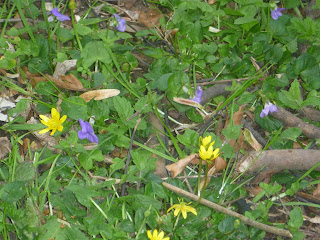 while in the trees several birds were singing including blackbirds, blackcaps and chiffchaffs. A buzzard was flying around and landed at one point only to be chased off by some jackdaws. A female kestrel flew in front of me and when I followed her with my eyes I saw her land on a nest box. I could see the grey head of the male kestrel inside the nest box so I walked quietly away from the site (I wasn't particularly close in the first place, but the female seemed nervous to see me).

The sunshine that you can see in the photos above didn't last, the clouds came in and there was a hailstorm while I was birdwatching.

The writing workshop went very well, though the weather wasn't particularly kind to us - there was another hailstorm during the class! Luckily this didn't stop people from writing!

Email ThisBlogThis!Share to TwitterShare to FacebookShare to Pinterest
Thinking about: In and around Edinburgh, photos, Spring

I guessed rain/hail was coming from the clouds in those photographs!

I guessed rain was going to overtake you from the clouds in those photographs.

I hope the writing all went well! I still practice some of what I learned in your online version some years ago .