Tree Following and a Late ladybird 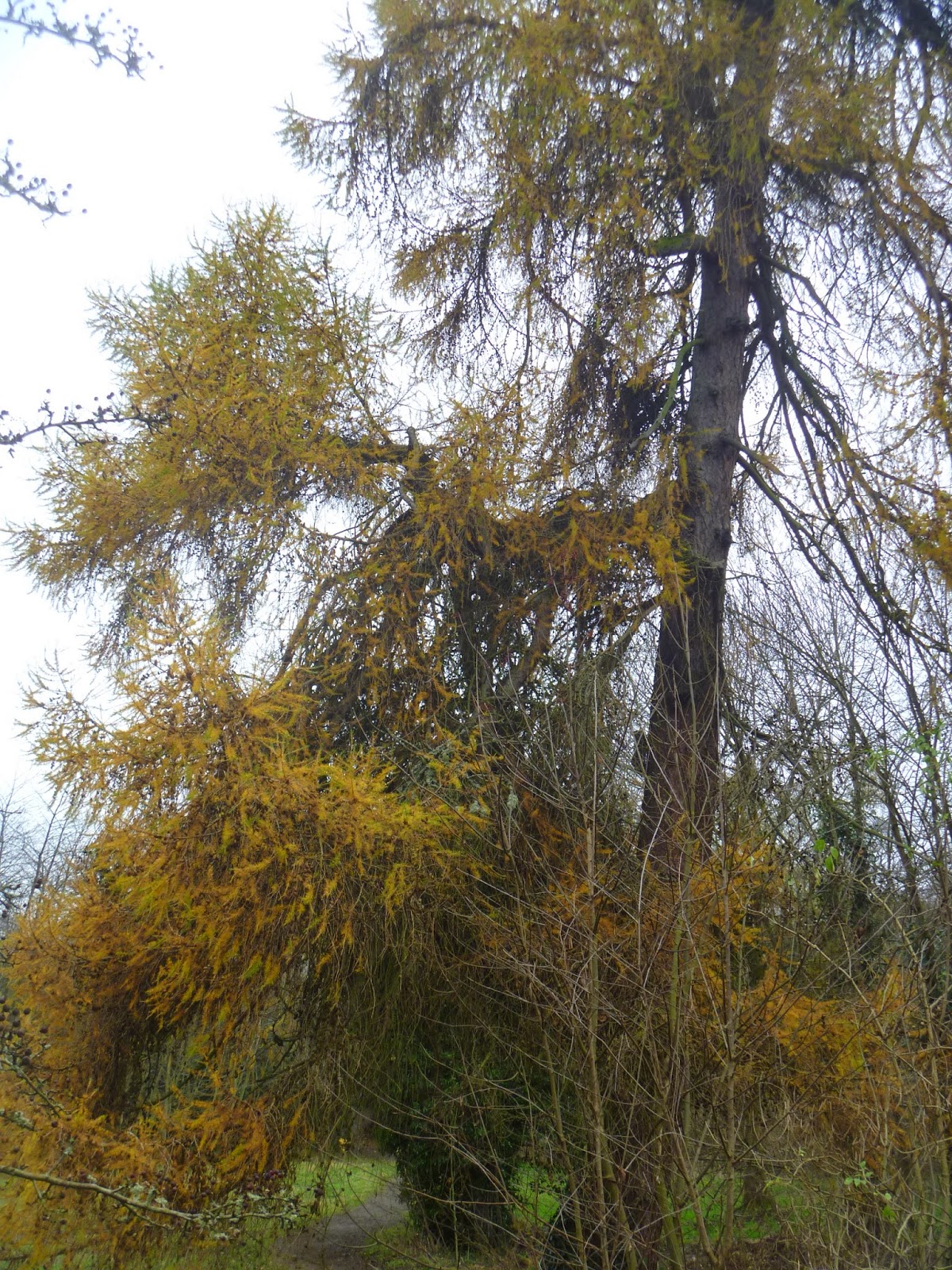 The larch tree (in Colinton Dell by the Water of Leith) which I'm studying for Tree Following is now looking very yellow indeed and has lost many of its needles (for those who don't know much about larches, this isn't cause for concern, the larch is the only deciduous conifer). 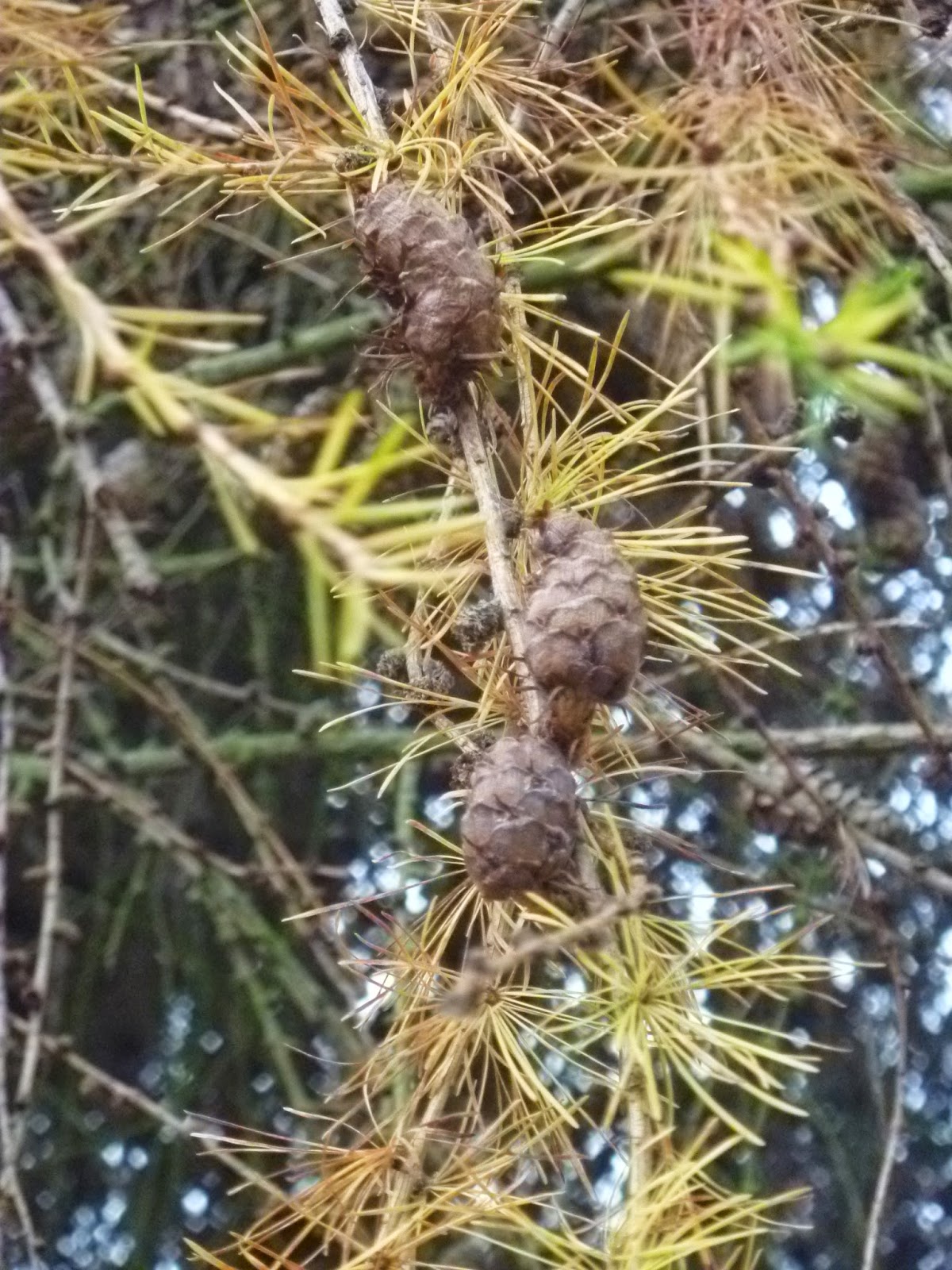 this year's cones are looking very mature though they've not yet opened as far as I can tell.

Meanwhile this seven spot ladybird was still scuttling around 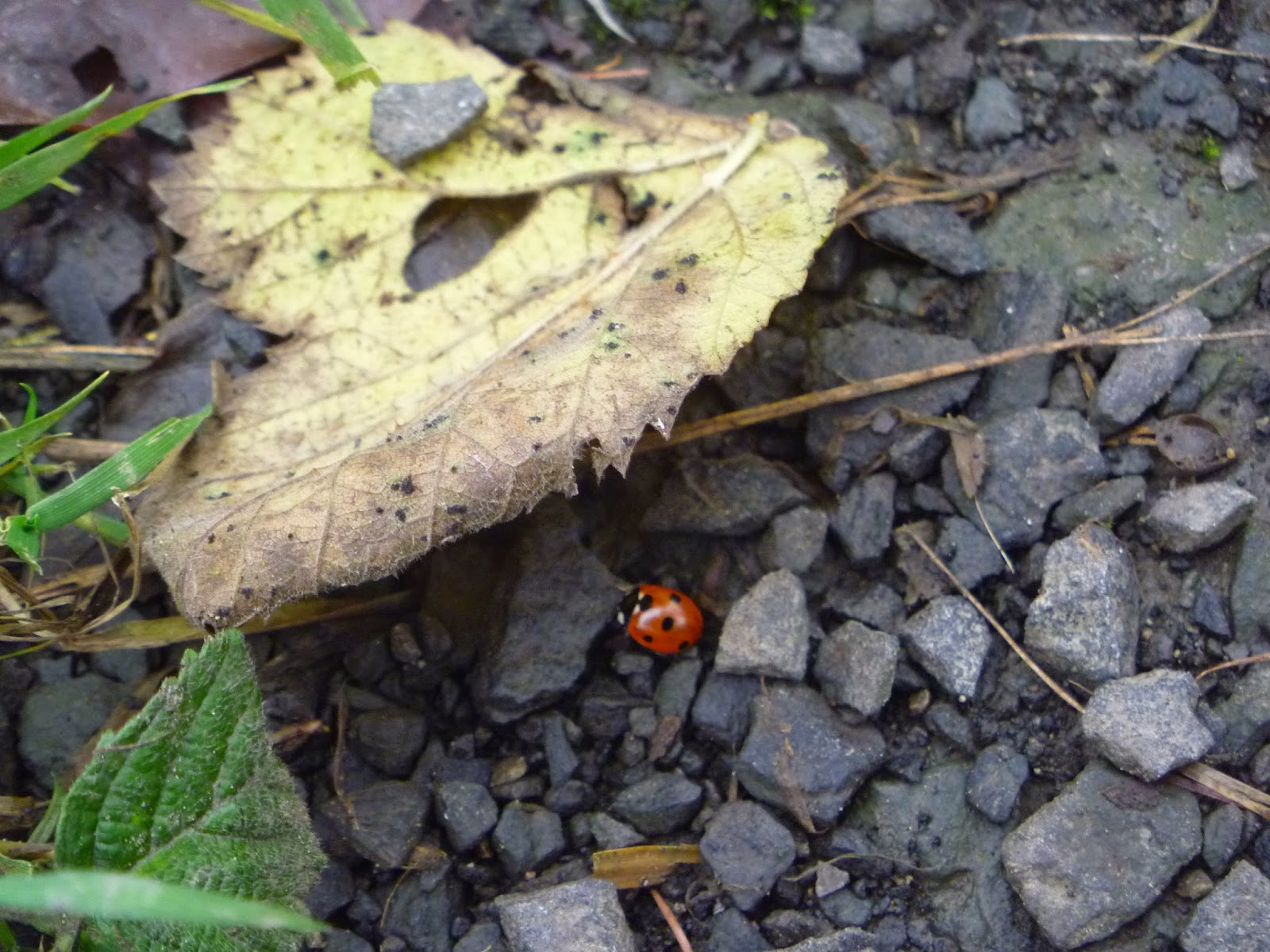 I would have thought it should be hibernating by now as its orange ladybird cousins are starting to do in the fence posts near Colinton village, as they do most years.

Lots of birds around today, there seemed to be flocks of long tailed tits everywhere, such adorable birds.

As ever, red text contains hyperlinks which take you to other webpages where you can find out more.

Lovely to see your Larch again. We had our first frost last night, so I doubt I'll see any more ladybirds outside for a while. So glad yours was a 7-spot and not a Harlequin!

Brave little ladybug! I used to love seeing them and I still do -- outside. But there is something about our white RV that attracts these little sweeties and if even one gets in this time of year we will have colonies of them hatch in the spring. I dust and vacuum carefully before we leave for the winter, but apparently there are a few little cracks where they get in to escape the cold (or so they must think). It is not fun to find a carpet full of dead ladybugs when we come back in the summer. Sad.

Great shots of your Larch tree and the cones. The ladybug is cute, I hope it stays safe.. Happy Tuesday!

I love the orange and gold of larch needles when the weather gets colder. In a brown-grey landscape of November, they are sometimes the only bright colour.