I was due to survey wildlife in another cemetery today and couldn't decide which one. Then I remembered that Grange Cemetery is just near the Meadows and that the Meadows cherry trees are in full bloom at the moment so that was my decision made!

I took this photo on the way to the cemetery 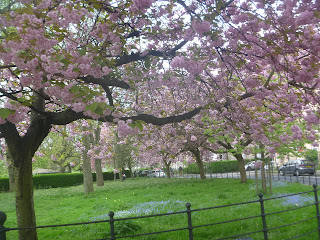 Then in the cemetery itself, there are several beautiful cherry trees 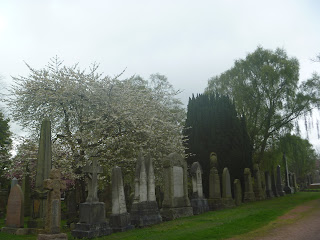 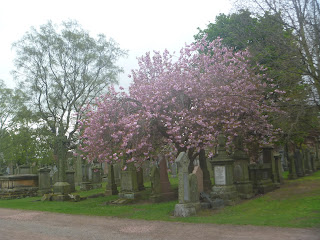 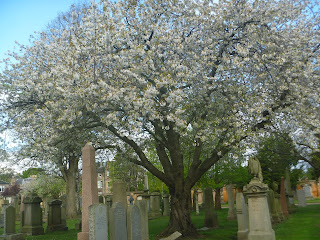 Also spectacular in its own way is this liverwort, Marchantia polymorpha. I've seen it in many cemeteries before, but I've never seen it like this before! This is a female plant with young receptacles (the lobed, umbrella like structures). I've only once before seen the female receptacles and that was when they were older and brown. 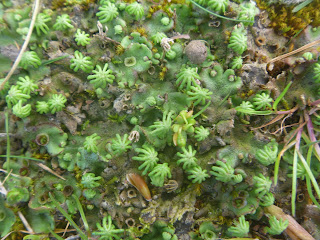 Lots of birds were singing in the cemetery, most pleasingly willow warblers, which I wouldn't really expect to hear here.

When I had finished my survey in the cemetery, i enjoyed walking through the cherry trees in the Meadows. 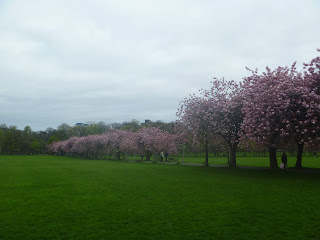 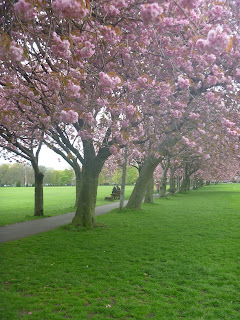 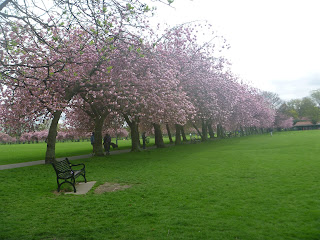 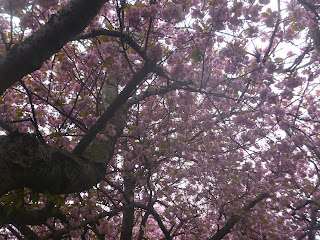 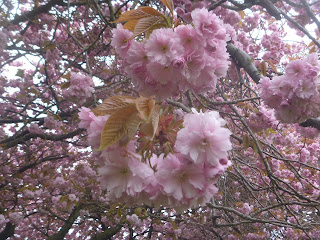 The trees seem to be at their best at the moment and are always a must-see Spring spectacle in Edinburgh. I heard more willw warblers singing in the Meadows, probably the first time I've heard them singing in this part of Edinburgh.