As part of my continuing wildlife survey of all the council owned cemeteries in Edinburgh, today I visited the Vennel churchyard in South Queensferry. This cemetery isn't open to the general public so because I'd arrived early, I had to wait for someone from the council cemeteries department to come along and open the gate. While I was waiting, I examined the mosses on the walls of the cemetery, but I also popped into the Hawthorn Bank Walled Garden opposite the cemetery.

The garden is open to the public at all times of day. In 2019, the Queensferry Mosaic Mural found a home in the walled garden. This beautiful piece of public art, featuring the sights of South Queensferry, involved school children, older people and people with learning disabilities who attended workshops run by Common Ground Arts: 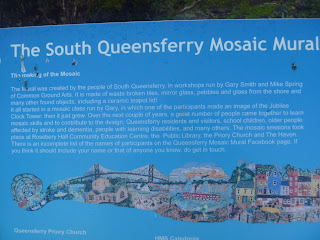 It's an impressive piece of work from a distance 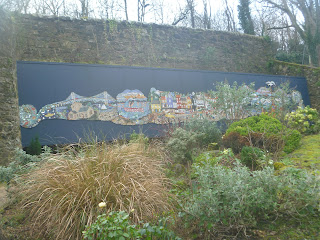 and the detail is even more impressive: 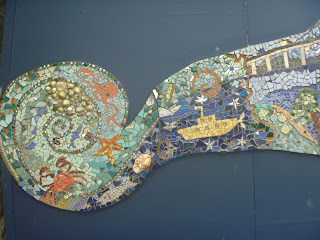 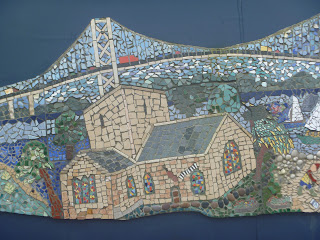 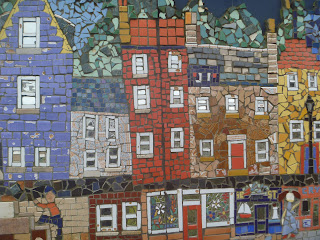 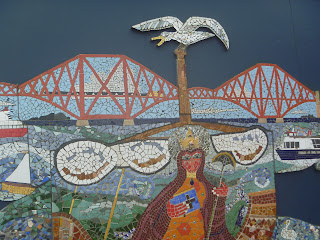 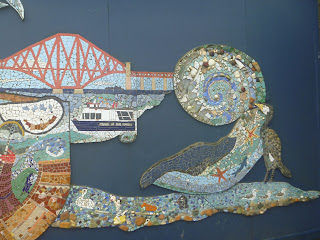 Standing at the mural and look outwards you get a lovely view of the Vennel Cemetery with the Forth Rail Bridge in the background: 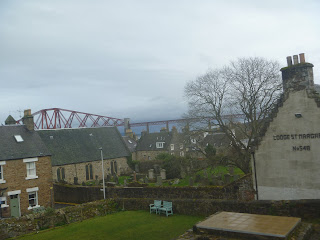 The council van then drew up, so I was able to get into the cemetery, which is a lovely old kirkyard 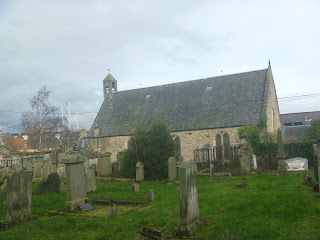 There were plenty of mosses and lichens growing on the gravestones and on the perimeter walls. It was also lovely to hear several birds singing including song thrushes and starlings. An oystercatcher flew overhead, on its way to the Firth of Forth, I imagine.

Email ThisBlogThis!Share to TwitterShare to FacebookShare to Pinterest
Thinking about: cemetery wildlife, In and around Edinburgh

It's amazing what wild nature can be found in a cemetery -- and that one seems outstanding. And then to have that beautiful mural besides -- what a shame it is not open to the public, I am a huge fan of outdoor art! But then on the other hand I am sure that the birds and probably flora are safer and thrive more because the area is *not* readily accessible. So I guess it is better how it is. ... that survey is a lovely thing you are oding!