I am continuing to survey the wildlife of Edinburgh's cemeteries, despite my lack of recent posts on the topic. Today, I managed to finally visit Mount Alvernia Burial Ground. This is the burial ground of the Mount Alvernia Convent, which was the convent of the Poor Clare Colettines, a closed order. The convent closed in 1992, due to falling numbers of nuns. It was later damaged by fire and vandals. The council granted a planning application for housing in 1998, on the condition that the graves should remain and be maintained. You can see the convent in the centre of the photo below. 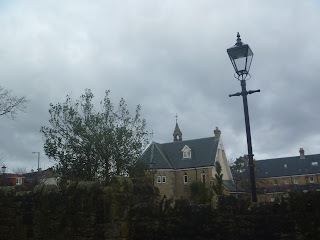 The cemetery is tiny and is now surrounded by housing. The headstones have been removed and the nuns are now memorialised by small plaques in the ground. 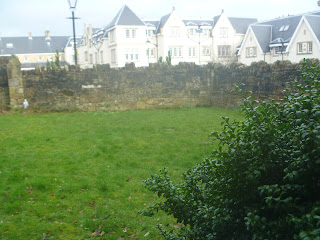 There are lots of mosses in this graveyard, the grass is thick with Springy Turf Moss and there's at least four or five species on the perimeter walls. (I don't have any good photos of the mosses though, sorry!).

The snowdrops are in bloom and the daffodils will be out soon! 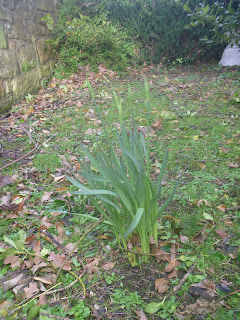 This graveyard isn't open to the public and unless you know to look for it, you possibly wouldn't even know it's there.

Email ThisBlogThis!Share to TwitterShare to FacebookShare to Pinterest
Thinking about: cemetery wildlife, photos

I always enjoy seeing daffodils, a lovely Springtime flower.
The ones in your photograph are growing well.