The Ravens of the Tower of London - book review 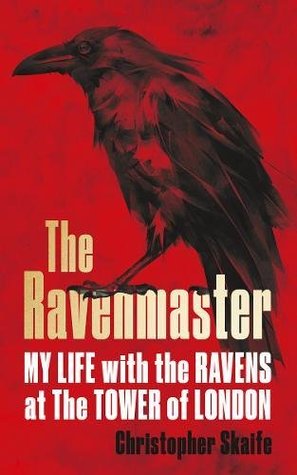 The Ravenmaster by Christopher Skaife

Subtitled My Life with the Ravens of the Tower of London, this is Skaife's account of acting as the Ravenmaster at the Tower, the man tasked with looking after the birds and making sure that they remain on site, as tradition has it that the UK will fall apart if the ravens ever leave the tower. (There may be some people who think that the UK is currently falling apart despite seven ravens still being at the tower!).

This is a very entertaining and informative book, written in the same chatty style that I imagine Skaife uses when he give guided tours around the Tower. We learn about the ravens themselves, all of whom have distinct personalities and behavioural quirks (raven Merlina, for example, likes to steal crisps from members of the public!) and Skaife's adventures while looking after the ravens since he became Ravenmaster in 2011.

The ravens at the Tower are resident there, they're not wild birds, but they have freedom within the Towetr grounds and Skaife ensures they are looked after as well as possible.

"I strongly believe that if we're going to continue to keep ravens at the Tower we need to make it as welcoming for them as possible, an environment that, if not entirely natural, is at least a place where they have room to roam in safety."

The birds are currently housed in an enclosure that can be locked at night, to keep them safe from foxes and other predators but are able to roam freely around the 18 acres of the Tower grounds during the day. The enclosure was designed by Skaife after close observation of the ravens' behaviour. Their wings are clipped to prevent them flying away, but minimally clipped so that they can fly around within the grounds.

Skaife also outlines the history of the Tower as a place for animals (it used to be a menagerie containing animals gifted to the monarch); offers a brief overview of the representation of ravens in literature (from Grip the raven in Charles Dickens' Barnaby Rudge to the Simpsons' cartoon interpretation of Edgar Allan Poe's The Raven) as well as looking in some detail at raven intelligence and their social repationships with each other and with humans.

This is a brilliant book, entertaining and informative for anyone interested in ravens or the history of the Tower of London.

The Ravenmaster by Christopher Skaife, published ((2018) by Fourth Estate.

And once you've read this, you'll want to delve more into the history of these specific birds by reading: 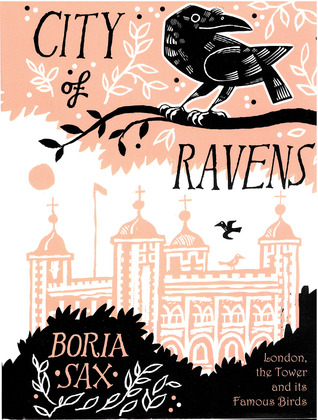 City of Ravens by Boria Sax

This book looks at the history and myth surrounding ravens, particularly the ravens of the Tower of London and their relationship with the humans around them. During the Industrial Revolution, people tended to demonise the ravens, while nowadays, the ravens are almost seen as national pets.

Although these days in the UK, ravens are scarce birds, considered as residents of wild remote places (though they breed on the hills of Edinburgh!), in years gone by, they were important urban scavengers and protected for their role in keeping cities clean. However, a bounty was put on ravens in the 16th century and as a result they were hunted, though some breweries kept ravens as mascots. Ravens also have strong symbolic associations, being connected for example to the Norse god Odin and the Biblical prophet Elijah.

One theory as to why ravens were originally kept at the Tower of London was their ability to act as sentinels, calling loudly when they sighted danger. At one point, there was an attempt to use the ravens as a breeding group, giving the Tower a role in conservation of a declining species. There are many myths and legends surrounding the ravens of the Tower, and they have become embedded in British (particularly English) tradition. Interestingly, the ravens are often given to the Tower by rescue centres or similar in Wales, Scotland and Northern Ireland, parts of the UK with strong independence movements.

In this excellent short book, the author examines the true history and the myths surrounding the ravens. He considers whether one day, truly wild ravens will take up residence in the Tower. Finally he examines the question of whether the UK will fall apart of the ravens ever leave the Tower. (Of course, there are those who believe the UK is doing a very good job of falling apart even while the ravens are still in residence.)

This is  a fascinating read for anyone interested in this particular aspect of UK history and an ideal companion to Ravenmaster.

City of Ravens by Boria Sax, published by Duckworth Overlook (2011).

Crafted by Crafty Green Poet at 11:33 am