We braved the high winds today to walk round Arthur's Seat. Looking over Duddingston Loch, we saw that about eight pairs of herons have started constructing their nests in the trees on one of the islands. If you click on the photo below to enlarge it and look carefully, you may be able to see some of the herons: 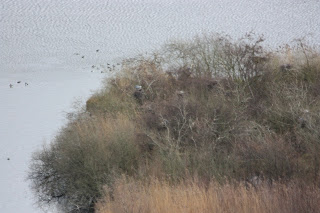 We continued our walk to Dunsapie Loch, where there were more ducks, geese and swans than we've seen there for a while. 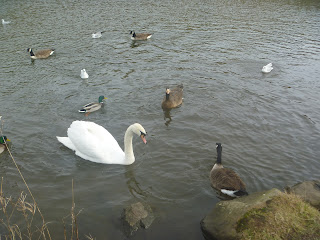 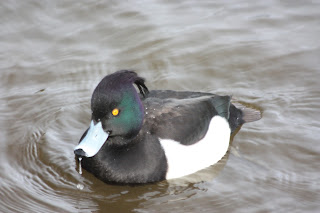 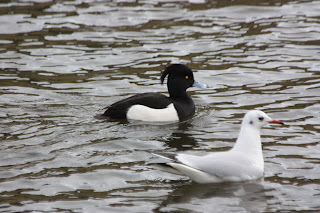 There were a lot of Canada geese around 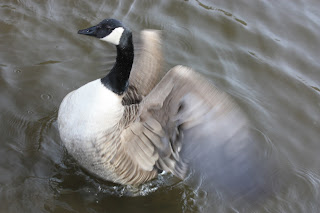 and this unusual looking goose, who is a hybrid between a Canada goose and a greylag goose 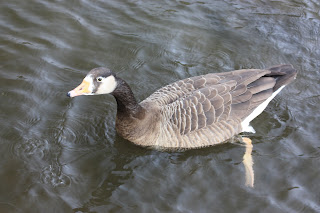 The mute swan posed beautifully for the camera, hiding its head in its wings 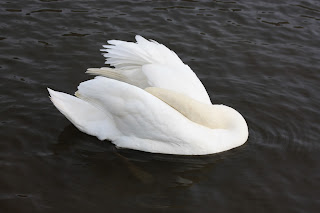 We had seen two kestrels chasing each other early on the walk and right at the end, at the edge of Holyrood Park, we caught up with the female 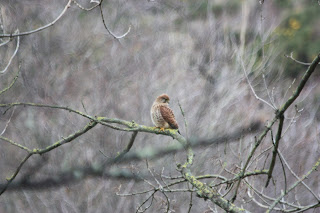 Thanks to Crafty Green Boyfriend who took most of the photos in this blogpost!

Great sightings, I love the Tufted Duck. Pretty birds and photos.
Happy weekend to you!

I think its Storm Dudley that's causing strong winds in the UK.