Yesterday morning, we took a walk between hail showers over to Princes Street Gardens where we met several friendly birds, who were literally queueing up for Crafty Green Boyfriend to take their photos (actually they were probably more likely queueing up in the hope that we would feed them!) 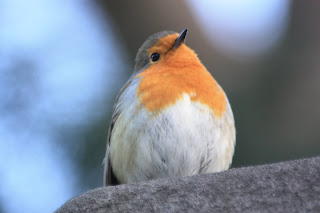 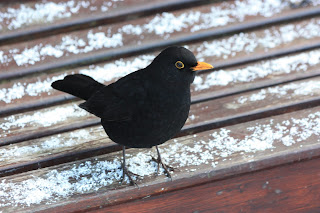 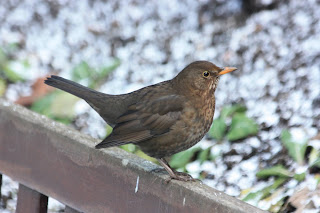 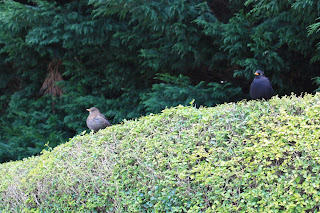 blackbird pair demonstrate social distancing (there were actually two pairs of blackbirds in one very small area of the gardens). 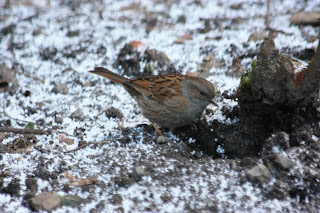 It was very cold, as evidenced by the ice on the fountain! 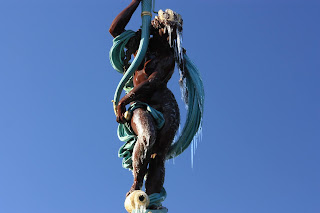 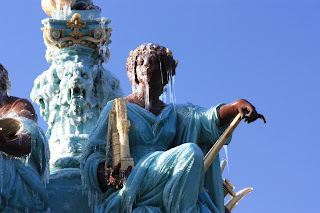 We also found several pine ladybirds overwintering in the war memorial in Princes Street Gardens, but couldn't get any decent photos of them. Later in the day I took these photos in Dalry Cemetery 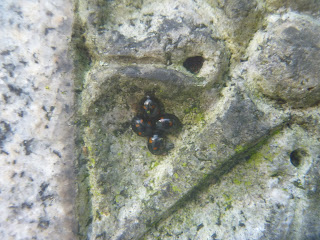 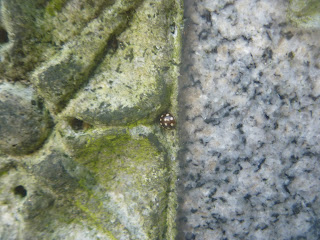 As regular readers of this blog may remember, last year during lockdown we discovered the local cemeteries as wonderful wildlife havens, which they still are. However, this is part of the wildlife area of the cemetery (an area that the council has designated to be specifically managed for its wildlife value) as it looks at the moment, with a lot of holly chopped down 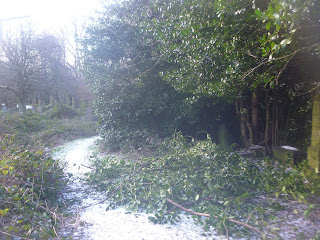 Last Spring this little area was a hot spot for insects - with over 20 species of hoverflies as well as various wasps and bees. I doubt it will be the same this year. The holly (and a lot of other vegetation around the cemetery) was chopped by a 'Community Payback' team who were allowed into the cemetery by the guy who runs the Friends group, basically with no supervision (and no consultation with other members of the Friends group).
Crafted by Crafty Green Poet at 8:50 am

Email ThisBlogThis!Share to TwitterShare to FacebookShare to Pinterest
Thinking about: #dailyexercise, birds, In and around Edinburgh

That’s awful Juliet. I know of a similar story, at the Hermitage wild meadow area where inexperienced were allowed in to strim - orchids still setting seed - totally the wrong time. Just awful. Joanie

That’s awful Juliet. I know of a similar story, at the Hermitage wild meadow area where inexperienced were allowed in to strim - orchids still setting seed - totally the wrong time. Just awful.

We often drive by a couple of small country cemeteries and I remembered your posts about yours...I keep thinking we need to stop and walk around , but we’re always on the way to somewhere... just need to plan to go there on purpose. You made some lovely bird portraits along with all the good work you do.

Great photographs.
I love the robin and the ice on the fountain is amazing.