We live very close to Harrison Park and the canal is just the other side of the park, which offers a pretty route avoiding the roads. As a pedestrian you need to be careful of the cyclists (some of whom speed along at great speed and many of which haven't yet worked out how to use the bells on their bikes) but generally it's a lovely walk. The autumn colours are beautiful along there just now 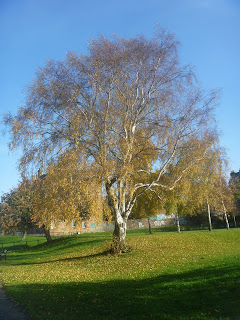 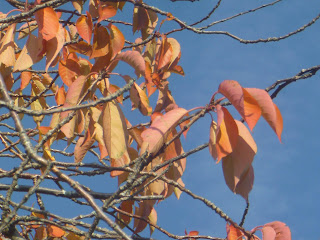 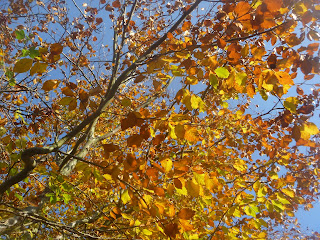 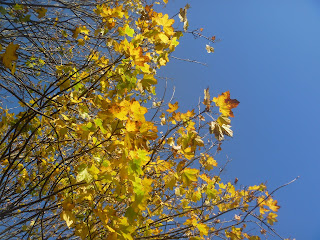 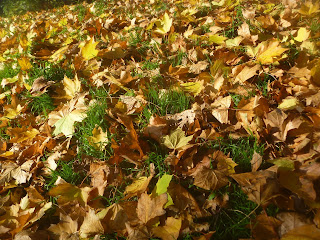 The ivy is in bloom too, which often attracts late pollinators at this time of year 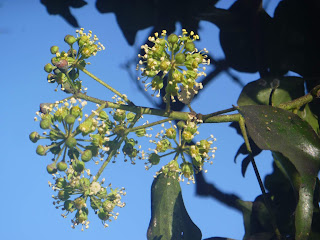 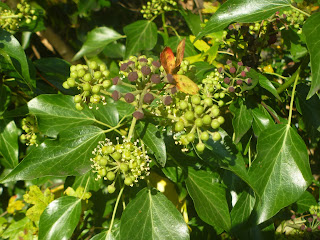 but despite the sunshine we saw only one bumble bee and no hoverflies at all, though there were several common wasps (which had probably eaten all the hoverflies weeks ago).

Ivy flowers have gone over now here, as ever you seem to be a few weeks behind us

We have the same issues with cyclists here, who can be just as obnoxious on trails and pathways as motorists can be on the roads,