Amazing what you can find on a fence.....

On the way to the Knit and Natter group at Saughton Park today (where I finally finished making the ghost costumes for the teddy bears to wear at the forthcoming Hallowe'en teddy bear hunt on 26 October) I bumbed into Sarah, a member of Edinburgh Natural History Society who insisted I had to walk along the fence alongside the Water of Leith that forms part of the perimeter of Saughton Park.

Because it is covered in interesting insects and snails. I only took a few photos, but probably could have spent ages taking more photos, but then the teddy bears wouldn't have got their costumes. So here are just some of the beautiful and intriguing insects we saw - thanks Sarah for identifying them! 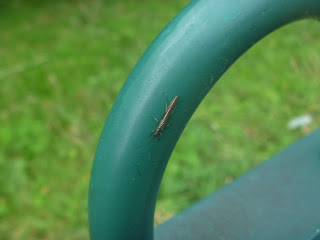 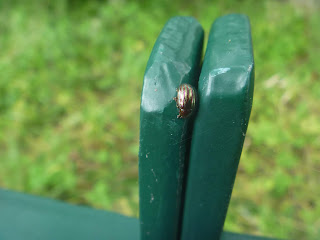 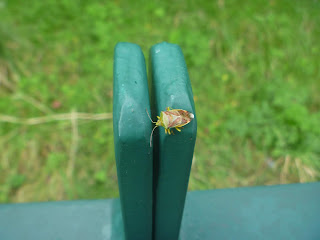 parent bug, so called because it carries its eggs and then later its young under its body as it moves around.
There were also numerous snails and at least two species of ladybirds.
What interesting insects have you seen on fences recently?

Email ThisBlogThis!Share to TwitterShare to FacebookShare to Pinterest
Thinking about: nature diary, photos, Water of Leith

__ Nifty "Crafty Green Poet" these natural pathways of life's transfer as seen here in New England; one life feeds another, that nature of life. _m

It is amazing what you can find on a fence!
Lovely to see your photographs.