In the Jewellery Studio!

I don't have a proper jewellery making studio of course, I just use our living room.

I now have a little helper, this brass bunny, which I've had for a while but I just recently realised it could act as a weight to hold down half completed necklaces etc, here it's sitting on a work in progress, which I though was going to be a beaded lanyard until I noticed that the wire was too short so it became a choker necklace! 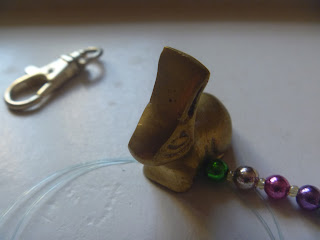 I have enough of the metallic beads to make a lanyard, possibly two, both of which, alongside the necklace will soon be in the Crafty Green Poet Etsy shop. Here's a photo of the completed necklace 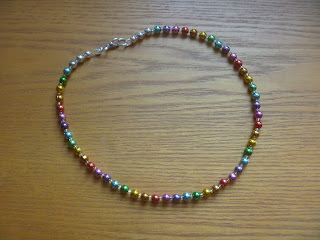 I popped into a second hand shop today, one which often has a good selection of craft supplies. I bought a bag of 'broken' jewellery, which was full of lovely beads and other things. I've already made this bracelet and earring set, which is already in my Etsy shop here. 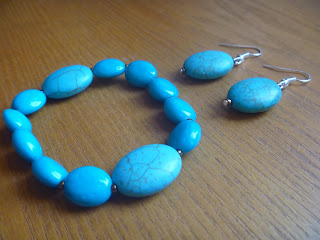 I love the rich blue in the last photo :)

Wishing you a wonderful weekend!