A whirlwind of birds at Musselburgh 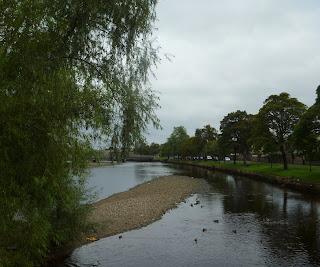 We had a lovely wander along the mouth of the River Esk at Musselburgh today. One of the banks was lined with Canada Geese and the river was full of mallards and gulls (mostly herring gulls and black headed gulls) with a couple of female goosanders.

Then suddenly we noticed that the air above the river was full of house martins, swallows and possibly sand martins (the two species of martin can be difficult to tell apart when they're speeding past in low light!). It was amazing to be caught up in the middle of all their activity as they zoomed over our heads in their circling round. I've seen loads of swallows andmartins this year, I'm wondering whether they've had a particularly good year or whether I've just been lucky with my sightings? What about swallows and martins in your area (if you're in northern Europe!).

There were also a lot of pied wagtails and goldfinches running and flying around and seeming also to be flocking together (though they're not species that I would normally see together).

Then we walked onto the beach, which had a wonderful autumnal feel to it, though it was warmer here than it was by the river. There were curlews and oystercatchers wandering around and a few mute swans too. A skein of geese flew overhead. 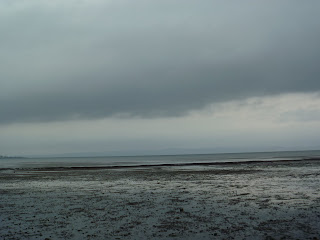 I'm sure the house martins have had a very good year. Ask my washing. They particularly enjoy whirlwinding above it - with consequences.

Sounds like a perfect place for a walk and a bonus to be caught up in a poetic whirr of wings :)

Love the season of bird migration. We are pretty bird rich in this area because of all the deciduous trees but its really interesting to see what comes by and rests from the north. Many, many species we don't see regularly.

Isn`t it amazing to watch clouds of migrating birds travelling overhead? We have flocks of swallows and martins passing by every day now, on their way south to the sea. In the river valleys, geese are on the move again.

It must be a nice experiance.