Diary of a Young Naturalist by Dara McAnulty 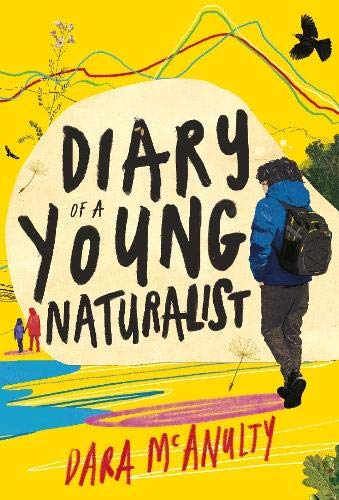 Some readers of this blog may be familiar with Dara from his appearances on Springwatch and in fact may have heard of this book even if you haven't already read it.

Dara was 16 when this book was published - a diary of a year in his life (age 14 - 15) as he records his observations of nature, his thoughts as growing up as an autistic teenager in a family with an autistic mother and two autistic siblings and his increasing involvement in climate activism. In the course of the year he moves across Northern Ireland and starts at a new school, where he sets up an ecology group and gets his classmates involved in the School Climate Strike.

Dara has a beautiful way with words, and never either overburdens his diary with polemic, nor overwhelms the reader with overly flowery prose. He writes with a straightforward but lyrical style, whether he's describing an encounter with a bird, an episode of bullying he's experienced at school or thoughts about climate change and the human relationship with nature:

"... we saw the damage of last night's raging winds: trees toppled over, branches brutally snapped. Some had escaped their prison of decorative concrete or clay pots. One tree, an oak, growing below the pavement had fallen to expose its root ball, so tight and tangled that there couldn't possibly have been any more space for life. It wasn't the wind that toppled the oak, not really. Being confined  in asphalt and under slabs, that's what did it. When we strolled past on the way to school there were traffic cones all around it, but I stepped inside the space anyway and wondered if anyone saw me touch the bark. 'Sorry' I said."

I don't normally like books written in diary format, but this one works very well for me. Dara writes so well about his love of nature and his experiences as an autistic teenager. It's a very engaging read and one I definitely recommend.

What an interesting young person!

Hi Jenn, he is indeed, he's quite well known over here (to people interested in nature at least).