Photos from around Hermitage of Braid

On Wednesday I lead two guided bird walks round Blackford Pond and into the Hermitage of Braid. It was an unseasonably hot day, and I was glad of the numerous trees around that offered shade.

Normally when I'm leading walks I don't have time to take photos, but that day I had a whole lunch hour to sit by the pond, watch the birds and take photos. There were three sets of young moorhens - two tiny chicks, that looked like balls of black fluff, two slightly older ones and a group of four adolescents, about the size of adults but still brown in plumage that were chasing each other all around, which was very entertaining to watch but impossible to catch on camera! An adult moorhen did approach close enough for a photo 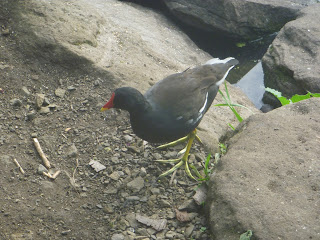 The mute swans were easier to photograph with their very impressive brood of eight cygnets that have all reached adult size. 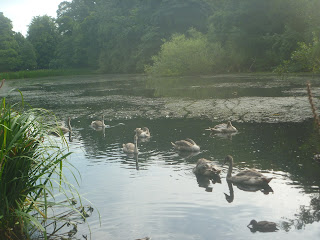 This adult was keen to be photographed 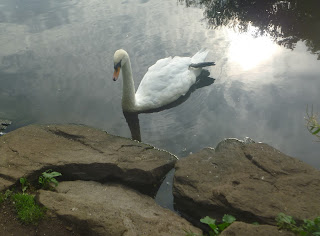 Today, Crafty Green Boyfriend and I walked around the other end of the Hermitage of Braid, going up onto the fields where we rarely venture (and I was inspired with a new route for future birdwatching walks!). 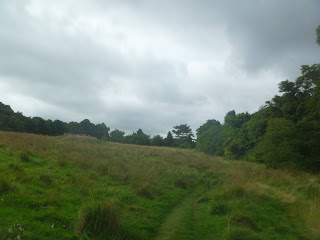 There were some late hoverflies around, like this footballer hoverfly (Helophilus pendulus) (Click on the photo for a closer look). 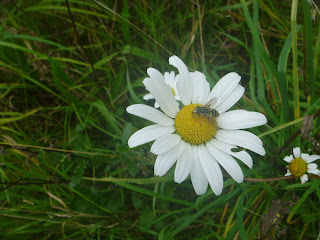 There were good numbers of nettle tag moths, though most of them were resting on plants other than nettle! 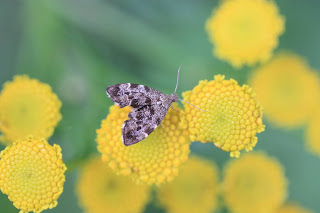 The ivy is starting to bloom, which will provide good feeding for pollinators in the next month or so 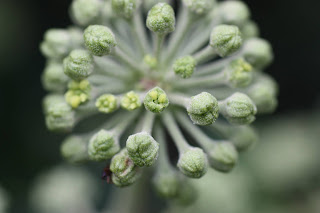 Thanks to Crafty Green Boyfriend for the last three photos in this post.

Good photographs as always. Plenty of late hoverflies here too.

Thank you for sharing your and Crafty Green Boyfriend's amazing pictures.

You have such lovely places to walk in..stay safe please....Michelle