Along the Water of Leith

Current relaxations of lockdown mean that I'm back to carrying out my weekly voluntary patrol of part of the Water of leith Walkway alongside Edinburgh's river. Crafty Green Boyfriend has a couple of days off work this week so he joined me.

There are lots of fungi around at the moment, these porcelain mushrooms are particularly beautiful 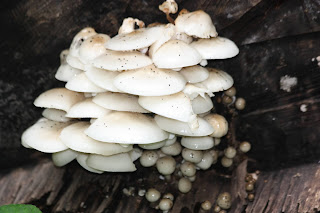 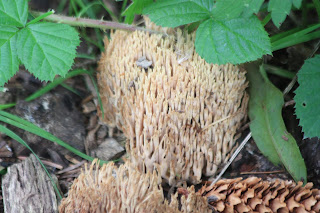 It was lovely to see several hoverflies so late in the year, this Syrphus sp, along with a number of other individuals, seemed to be particularly enjoying the Michaelmas daisies 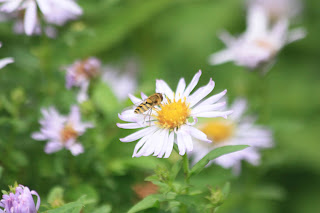 It was entertaining to see this grey heron on the roof of a building close to the river. 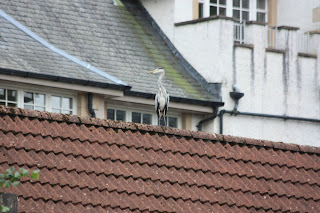 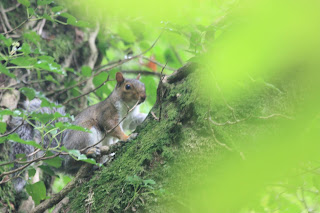 It was also lovely to see that the ambitious mural painting in the Colinton Tunnel is now complete! It really is worth visiting the tunnel to admire the handiwork here, several local schools and groups have contributed to the overall work, which celebrates the work of Robert Louis Stevenson, who spent a lot of time in the Colinton area when he was growing up. 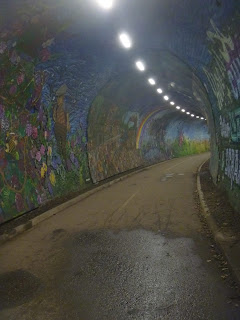 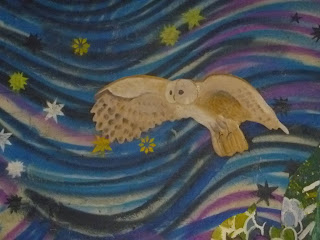 Hello,
I love the mural painting and the heron on the roof. The coral fungus is cool looking, I've found that around here too. The daisies are pretty. Take care, have a great day!

Is that a walking tunnel? It looks neat. Speaking of Robert Lewis Stevenson, have you been to the Writer's Museum in Edinburgh--it's a neat old building east of the castle with lots of funky spiral stairs (mainly focusing on the writings of Stevenson, Burns and Scott).

Wonderful real live heron on the roof and lifelike owl on the tunnel wall... looks like a great mural. Glad you’re back to your volunteer job, both because it’s such a great thing you do and also because it means your country is winning the Covid war.

Hi sage, yes these days its a walking tunnel, though years ago it was a railway tunnel. I have been to the Writers Museum though not for years, should go back again, thanks for reminding me of it.

Thanks Sallie, Scotland would certainly be winning the COVID war if we weren't so unfortunately attached to England which very definitely isn't winning (at anything at the moment)