For Tree Following this year I've selected a beautiful horse chestnut tree in one of the cemeteries on our #DailyExercise route.You can see my earlier blogposts about this tree here, here , here and here.
My chosen tree is close to the perimeter wall of the cemetery and has clearly grown up since the graves were made 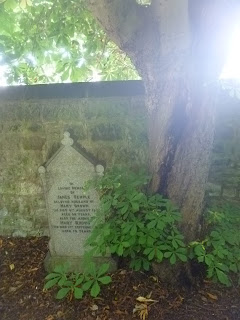 It has two numbers on it, which are used by Edinburgh Council to record the tree and details about it (for example if it becomes ill or damaged and needs remedial work) though I don't know why it has two numbers rather than just one... 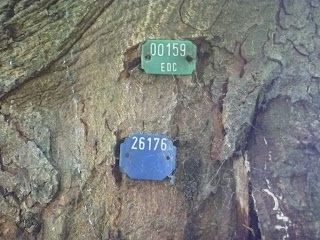 Looking up into the tree, it still looks lovely and green 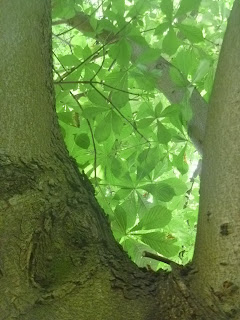 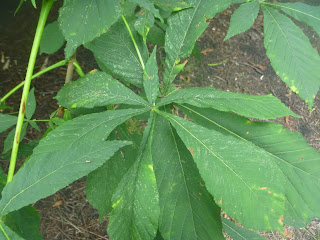 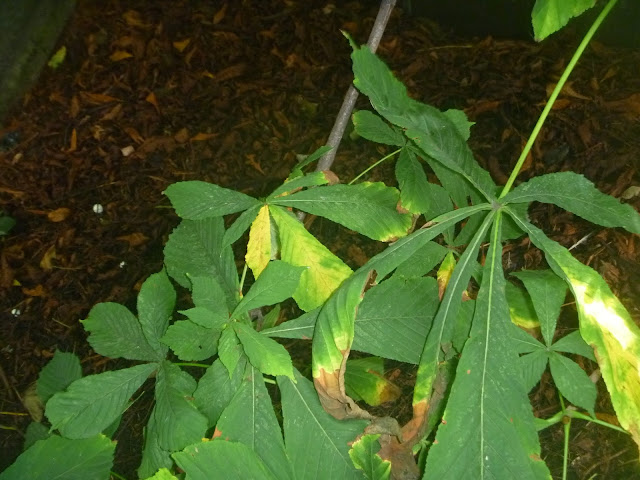 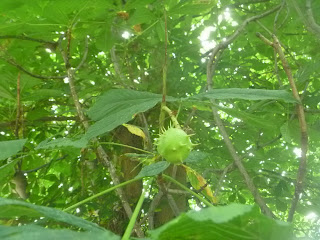 and some have already fallen from the tree 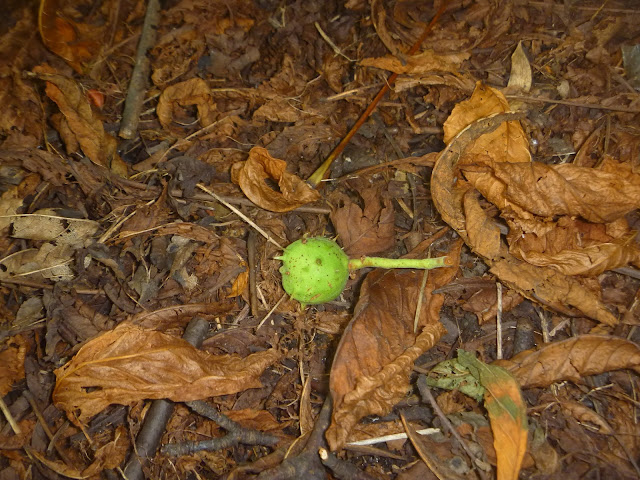 I have tried to pay attention to insects and animals living on or near the tree, but there hasn't been a huge amount of activity, or at least not many creatures stopping to allow themselves to be photographed! In the middle of July, this male blackbird was busily gathering food under the shade of the tree 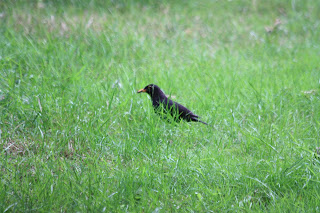 The rest of the cemetery is full of beatiful trees and areas of open grassland. Nesting birds include sparrowhawks and great spotted woodpeckers and I've seen a stoat here once! it's also a great place for insects!
Crafted by Crafty Green Poet at 7:36 am

Email ThisBlogThis!Share to TwitterShare to FacebookShare to Pinterest
Thinking about: #dailyexercise, In and around Edinburgh, nature diary, photos, treefollowing

I like the idea of adopting and getting to "know" a tree!

Well, "stoat" sent me to the dictionary. And that's a good thing!

tree following
the horse chestnut
where I left it

I like the feeling of the first photo. There is something special about trees growing in cemeteries.

A lovely selection of pictures again - I particularly like the one looking up into the green leaves, framed by the trunk.
I wonder what the date of that grave is, and the age of the tree?
Thanks for sharing :)

Its leaves are so photogenic I think, maybe the shape and arrangement of the leaflets.

Bill - nice humour in that haiku, thanks!

Squirrelbasket - I should be able to date several graves round about the tree, it would be fascinating then to compare those to the age of the tree...