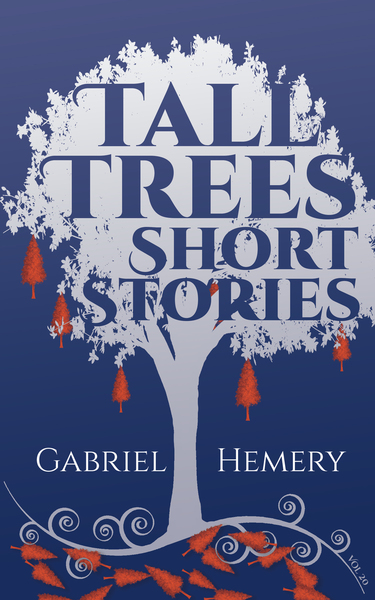 This is a selection of short stories and other pieces focussing on trees and their ecology from Dr Gabriel Hemery. There are fairy tales, mythical tales, short pieces of speculative fiction and even a couple of songs complete with musical notation.The stories cover a wide range of issues around trees and woodlands including sustainable forestry, green burials, conservation of endangered species and possible roles of technology in the future of woodlands. Stories are told from different perspectives too, including that of trees themselves and the wildlife they support.

Some of the pieces look at how technology could address issues around tree conservation. In Silvabytes, Major Emar and Odren are using computer science to try to recreate trees, while in Bionic Eleanor presents the ideas from her PhD thesis which addresss the fact that climate change is altering the liveable zones for particular species of trees.

A series of short pieces inspired by the controversial HS2 High Speed railway plans includes What Will We Do with the Veteran Oak Tree (a shanty song), The Letter which reimagines the destruction of trees deemed necessary for HS2 as being a proposal to cull people (scarily prescient of some political attitudes to older people during the current coronavirus pandemic) and The Root of All Evil, a disturbingly believable sketch of a speech by a fictional British MP to the House of Commons proposing a bill to basically desctroy trees because they cause so many problems, passed without dissent. Of course in real life the politicians wouldn't be so blatant but the effect of many policies is the same. The same series includes Rise Up, the treeorism response.

Eye to Eye is a wonderful story, made up of a number of flash fiction pieces told from the viewpoints of various characters - including a birdwatching human, a mouse, a goshawk and a birch tree. The pieces wind together to create a multidimensional view of the habitat and how all the characters interact.

Other stories worth a mention include:

In DED Zone, a committee of elm trees discuss how to combat a disease (unnamed in the story, but clearly Dutch elm disease) that is spreading through their ranks

The Woodcutters Axe is a fairy tale about a woodcutter who discovers he has special powers, an engaging tale that also acts as an allegory about the role of forestry in environmental protection

Transylvania features a Goth research student who is sent to the forests of Transylvania, to study moths. Along the way she finds herself being drawn more and more into the spooky atmosphere of the area.

In The Great Forest Heist, PC Julie Fox, a police officer in Northern Ireland considers the correct police response to the unexplained loss of vast areas of forest.

What I love about this collection is how wide ranging the stories are, incorporating trees in so many different ways, reflecting the myriad of different ways in which real trees impact and affect our real lives. It's an enjoyable and thought provoking read.

Disclaimer: This review was  undertaken in exchange for a free advance review copy provided by the author

Crafted by Crafty Green Poet at 8:41 am