It is really amazing what you can find in a couple of city cemeteries! In the last few days while we've been on our Daily Exercise walks we've heard both blackcaps and (more surprisingly) willow warblers in the cemeteries. Both these birds are summer visitors to the UK and both have lovely songs. We haven't yet seen a blackcap this year but we had lovely views of a willow warbler yesterday. 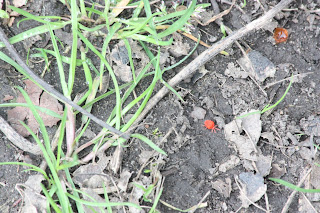 We also saw this rat, which was feeding on the birdseed we had put out. So in future we'll only put bird seed on higher surfaces 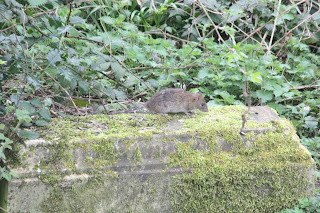 The waxwings are still hanging out behind the park near the supermarket, it seems very late for them to still be here (they're a winter visitor!) but always lovely to see (and hear) them. Also in the trees behind the park we saw this chaffinch collecting nesting material 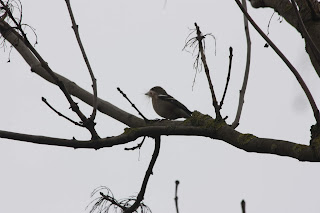 The horse chestnut leaves and flowers continue to develop nicely, here are photos from today 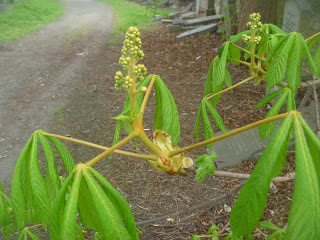 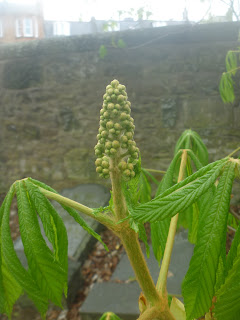 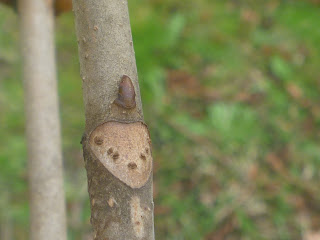 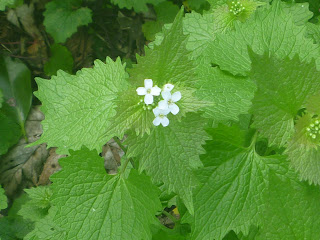 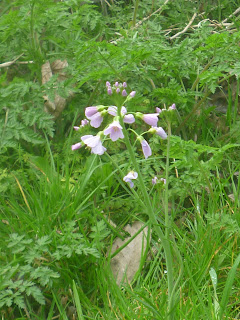 and the elm trees are already looking overburdened with flowers 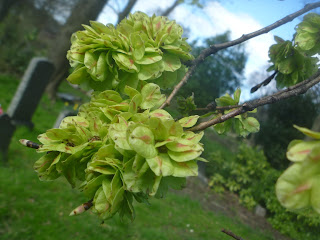 while in the park the ash trees are starting to bloom 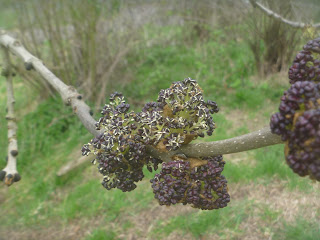 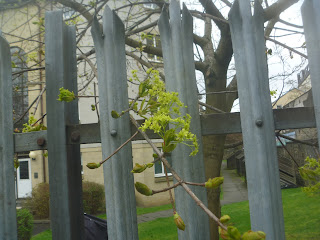 and the hawthorn won't be far behind 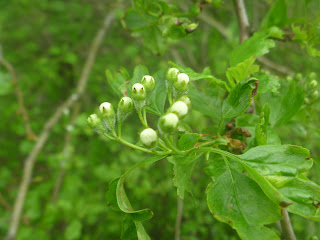 Also in the park we found a group of solitary bees, which have know been identified by Edinburgh Natural History Facebook group as Andrena scotica (sometimes commonly known as the chocolate mining bee). Solitary bees are so called because they nest separately rather than in a hive, but their nests are often close together and they're often seen in groups. 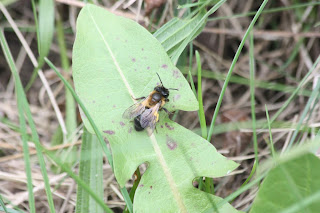 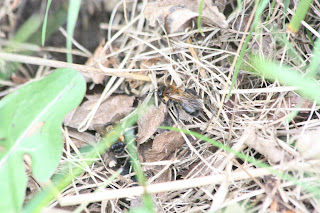 ***
The UK Government is, at the moment, allowing us out for one form of #DailyExercise once a day in addition to visiting the shops (as infrequently as possible), travelling to work (for those with essential jobs that can't be done from home) and medical emergencies including helping those who are self isolating. Though there are suggestions that the privilege of outdoor exercise may be removed because of the actions of some people who have been gathering in greenspaces without paying any attention to the need for proper social distancing.
Crafted by Crafty Green Poet at 3:24 pm

Email ThisBlogThis!Share to TwitterShare to FacebookShare to Pinterest
Thinking about: #dailyexercise, COVID-19, In and around Edinburgh, nature diary