Basking in the sun on a chilly autumn day

It was definitely chilly this morning, though the sun was shining brightly. The autumn colours continue to be spectacular, more vivid because it's been so dry and more leaves still on the trees because we've not had too much wind. Here aer some of the colours in Colinton Dell alongside the Water of Leith. 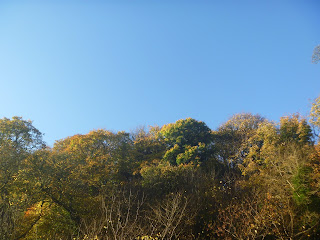 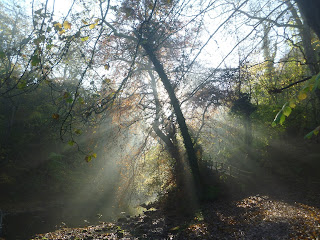 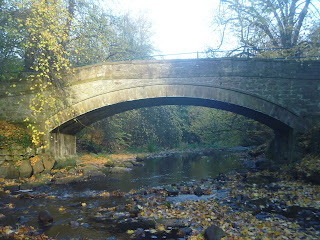 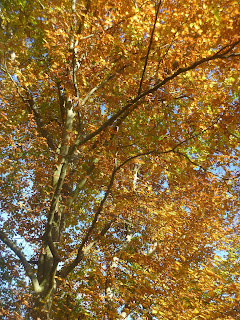 In the shade it was chilly even at lunchtime, but in the sunshine it was pleasantly warm. I was amazed to see a red admiral butterfly fly past me in Spylaw Park! It didn't stop for a photograph unlike this Eristalis pertinax hoverfly, which was basking in the sun on the ivy along with several other Eristalis hoverflies and a common wasp. 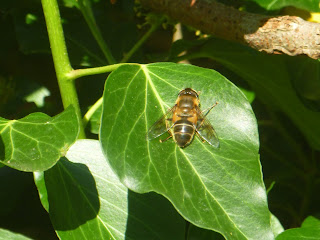 We've lost most of our buzzers round here, the wasps in my roof have been killed off now - I hope - and the mist has clung on for two straight days, although not as foggy today as yesterday

What a pretty day and lovely images. Thanks for sharing your walk. Enjoy your week ahead!

Oh, I really like the bridge. So fun to see an admiral butterfly.

I really enjoyed my walk with you, some lovely images, my favourite is the one with the bridge.

Hope this week is going well for you.

Great colors! Snow in the mountains now here - winter on the way!

The weather is similar to here ... Left the house early yesterday morning and an hour later, walking in the sun, I was peeling off layers as the sun warmed everything up 20 degrees ... Beautiful Fall color there , our leaves are starting to fall.